Oanh Meyer was a postdoctoral fellow studying the experiences of caregivers for those with dementia in 2012 when her research took a very personal turn.

That year, her mother, a Vietnamese immigrant, began to show signs of dementia and paranoia that seemed to be linked to the trauma she had suffered during the long war in Vietnam, when bombing raids often drove her to hide underground and she lived in fear of Communist troops.

Growing up as a Vietnamese American, Meyer had noticed a reluctance to address mental health issues in her community, an issue she pursued in her studies. She conducted her doctoral research at the University of California-Davis on disparities in mental health care among Asian Americans.

Now an associate adjunct professor at the Alzheimer’s Disease Center at UC Davis Health, Meyer, 45, is leading an investigation into the link between trauma and dementia in the Vietnamese community. With a $7.2 million grant from the National Institute on Aging, the five-year study, which could begin recruiting as early as this month, will follow more than 500 Vietnamese elders in Northern California, measuring how early life adversity, trauma and other factors correlate with memory and cognition. 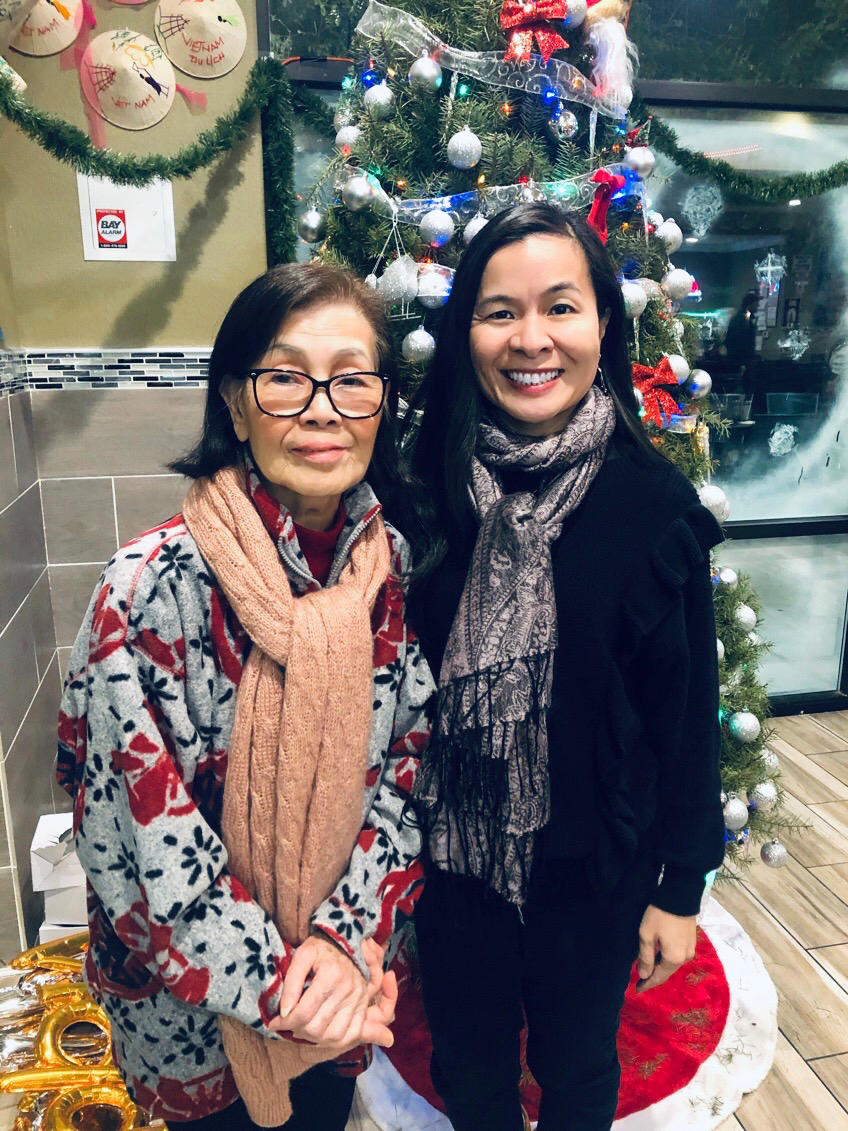 When Vietnam’s 20-year war ended with the fall of Saigon, now Ho Chi Minh City, in 1975, the United States began evacuating the first of some 1.4 million Vietnamese immigrants. The links between post-traumatic stress disorder and dementia have been studied in other groups, but never in the Vietnamese American population, said Meyer.

Her mother, Anh Le, left the day before the fall of Saigon with her mother and several sisters. Meyer was born in New Jersey soon after, and the family later moved to Oklahoma and then California. Le was 76 when she started experiencing memory loss and paranoia. She was diagnosed with dementia in 2015.

We interviewed Meyer in her Davis home. The interview has been edited for length and clarity.

Q: How did you get interested in the link between trauma and dementia in the Vietnamese population?

In 2013, I did a small, qualitative study where I interviewed several family caregivers who were Vietnamese, and they were taking care of a family member with dementia.

I started hearing all these stories about the trauma that a large percentage of them had faced, or that their family members had faced. At the same time, I remember when my mom was going through her early stages, she was always very paranoid, and that’s a symptom of the dementia. She was specifically paranoid about the Communist military being outside of her house. She would close all the shades and peek out the front door and make sure all the doors were locked.

That made me think: All this trauma that these Vietnamese people have faced throughout their lives, how is that influencing them now? The more I started doing the research, the more I found this link between trauma and PTSD and dementia.

Q: Have there been studies of dementia in Vietnamese Americans?

We don’t know anything about the number of Vietnamese people with dementia. This would be the first look into what this population looks like.

Hopefully, in the future, we can look at demographic shifts and changes and see, has dementia changed over time? We’re hoping to start building some knowledge about this population and the prevalence of cognitive impairment and dementia.

Q: What makes this a good time to study this issue?

A lot of the Vietnamese who came to the U.S. are now becoming older adults. And so those individuals now are at the age where they would likely get dementia if they were going to.

Q: What do you find most interesting about this study?

Their trauma was related to the war and it lasted throughout their early lives. So we can look at the timing of trauma and also tie that to dementia. And then we can look at people who faced that trauma but don’t have any cognitive impairment and look at what factors differentiate these groups of people who all pretty much underwent some type of trauma. There might be some resilience factors.

Q: What are you hoping the impact of this study will be?

If we can find a link between early-life trauma for the Vietnamese population and dementia, we can get a sense of who might be at risk. We can help those individuals and maybe their family caregivers.

Q: Asian Americans face a lot of barriers to accessing mental health services. Is this true of Vietnamese immigrants who need dementia care?

With mental health and with dementia, there is this stigma. I worked with Vietnamese family members who were caregivers and they were like, nobody wants to talk about it. There’s this kind of unspoken rule that you just don’t talk about things that can bring shame to the family.

There’s this model-minority stereotype that suggests that Asian Americans came here, they had nothing, and they worked really hard and now they’re doing really great. But there’s a lot of heterogeneity even within what you think of as Asian American Pacific Islander. So I think what happens is that groups that are not doing well don’t get the support that they need, whether it’s in terms of funding or services.

Q: How have you seen this play out with your mother?

When she started showing the signs and symptoms, we tried to talk to her about it and she just felt like, “Oh, it’s just a normal part of aging. It’s nothing serious.” And I remember talking to her primary care physician about it, too. He was this older Vietnamese man and he didn’t really make a big deal out of it.

Sometimes primary care physicians don’t have training in Alzheimer’s and dementia. So either he did not recognize it or culturally he was trying to save face for her and not cause her to feel distress by giving her a diagnosis.

Q: It must be hard to cope with your mom having experienced trauma and now also having dementia.

It definitely can be hard. But I think I just put on my scientist hat and just try to remember, “Oh, these are the behavioral manifestations of this illness.” It’s very challenging and stressful, and that’s why caregivers need a lot of support. But I think having my research and just trying to remind myself of what’s happening at a neurological or biological level helps, for sure.