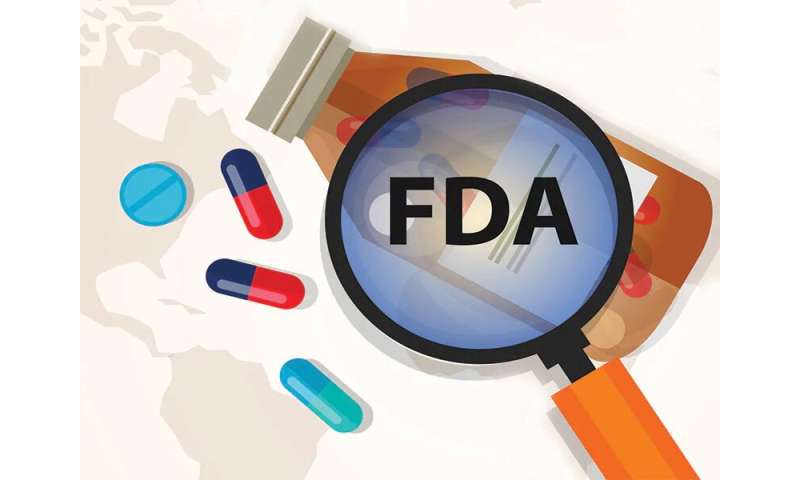 Xpovio (selinexor) tablets have been approved for use in combination with dexamethasone to treat adults with relapsed refractory multiple myeloma, the U.S. Food and Drug Administration announced last week.

The drug combination was granted accelerated approval for patients whose disease remains resistant to other treatments, including at least two proteasome inhibitors, at least two immunomodulatory agents, and an anti-CD38 monoclonal antibody.

Approval was based on data from 83 patients with relapsed refractory multiple myeloma who received Xpovio and dexamethasone. Researchers found an overall response rate of 25.3 percent at the end of the study. Median time to first response was four weeks and ranged from one to 10 weeks. Median response duration was 3.8 months. The FDA notes that approval was also based on information from an ongoing, randomized trial in patients with multiple myeloma, but additional clinical trials are required to verify the clinical benefit of Xpovio.

Commonly reported side effects with the drug combination include leukopenia, low neutrophil count, neutropenia, thrombocytopenia, and anemia. Vomiting, nausea, fatigue, diarrhea, fever, decreased appetite, weight loss, constipation, upper respiratory tract infections, and hyponatremia were also reported. Clinicians should monitor patients being treated with Xpovio and dexamethasone for low blood counts, platelets, and sodium levels; they should optimize patients’ hydration status, blood counts, and other medications to avoid dizziness or confusion. Patients should be advised to not take Xpovio with medications that could cause dizziness or confusion.