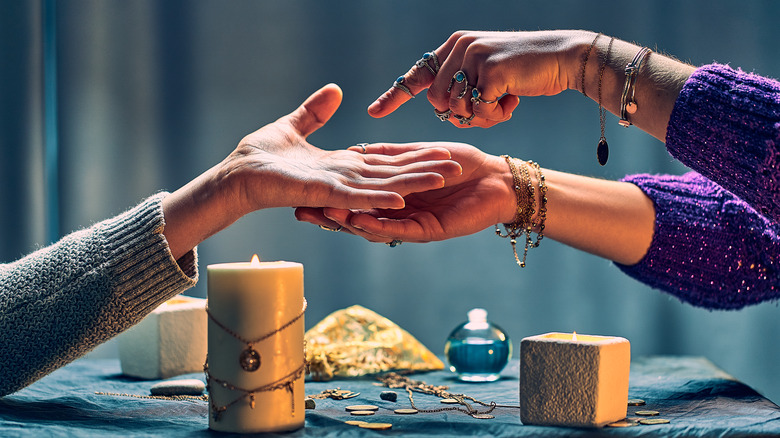 For thousands of years, people have been using palm readings — also called chiromancy or palmistry — to divine an individual’s future. No one is totally sure how or where palmistry began, but scholars of the practice believe it started in ancient India and worked its way through Asia and Europe as merchants took the practice with them on trading expeditions (via Allure).

After falling out of favor in the Middle Ages, palm reading went through a revival in the Victorian period as interest in the occult grew (via Mimi Matthews). Since the early 1900s, palm reading has been an established part of American culture. Palm readers and tarot card readers offer fortune telling services across the country — and the world.

According to believers of chiromancy, the lines, shapes, and structure of someone’s hands give clues to that person’s personality. The dominant or “active” hand shows palm readers a person’s opportunities and challenges in their present and future, while the nondominant or “inactive” hand reflects a person’s potential and plans (via mindbodygreen).

In Japan, people are getting palm line surgery to change their future 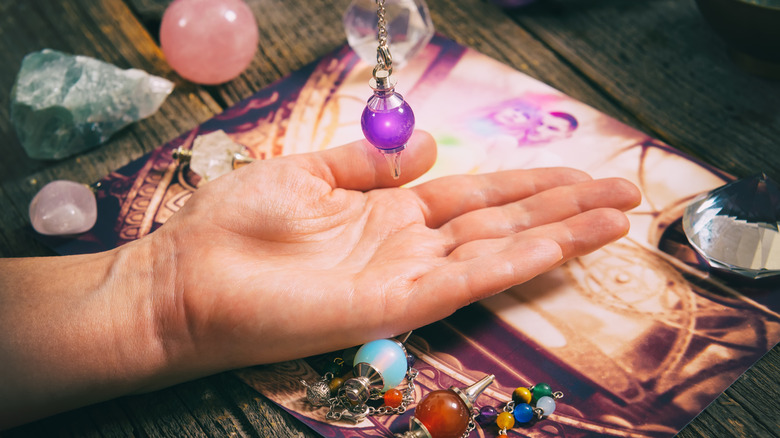 Palmistry is inherently deterministic — the lines in your hand reveal who you are and what your life will be like. For believers of palm reading, your hands hold the keys to how long you will live, your love life, and your luck.

But some people in Japan are taking matters into their own hands (literally). According to a report from The Daily Beast, palm line surgeries are becoming an increasingly popular elective surgery in Japan. People are asking doctors like Tokyo-based plastic surgeon Takaaki Matsuoka to burn their palms with an electric scalpel, reshaping existing palm lines — or even creating new lines entirely.

“If you try to create a palm line with a laser, it heals, and it won’t leave a clear mark. You have to use the electrical scalpel and make a shaky incision on purpose, because palm lines are never completely straight,” Matsuoka explained to the news website. “If you don’t burn the skin and just use a plain scalpel, the lines don’t form. It’s not a difficult surgery, but it has to be done right.”