Pregnancy is defined as the implantation and growth of a fertilized ovum. In all normal pregnancies, the implantation occurs within the cavity of the uterus, in the endometrium or inner uterine lining. 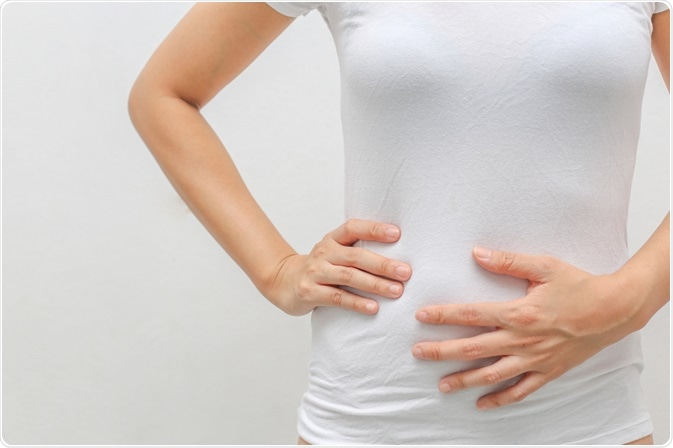 However, when the conceptus or fertilized ovum is implanted at any location other than the uterine endometrium, it is called an ectopic pregnancy. This is the primary reason for maternal death in early pregnancy today. It accounts for 1% to 2% of pregnancies in the Western world and may be more common in developing regions.

The most common site of an ectopic pregnancy (97%) is in one of the fallopian tubes, where eggs are picked up from the ovaries and travel to the uterus after being fertilized. If there is any hitch in this process, the conceptus attaches to the inner fallopian tube and begins to grow there. This is called an ectopic pregnancy. Other sites can include the ovary, the abdominal cavity, or the uterine cervix.

An ectopic pregnancy will never progress to a viable full-term pregnancy. As the tissue continues to grow into the fallopian tube wall or the other ectopic site, it can rupture the tissue, causing severe internal bleeding. If this is left untreated this can be fatal for the pregnant woman.

In many cases, an ectopic pregnancy doesn’t produce any symptoms initially other than the nonspecific signs of pregnancy, including a positive pregnancy test, nausea, and breast tenderness.

As the pregnancy tissue grows, symptoms may appear at about the fifth or sixth week, or sometimes even later. Sometimes an ectopic pregnancy can be identified during an early internal ultrasound scan or routine antenatal scanning.

The common symptoms include the following, typically but not always after a missed period:

Emergency symptoms occur when the tube ruptures – called a ruptured tubal pregnancy. This is the scenario when life-threatening major hemorrhage occurs, causing dizziness, fainting, severe pain in the abdomen, and the patient goes into shock.

What causes an ectopic pregnancy?

In many cases, the underlying cause of an ectopic pregnancy is never identified.

In some cases, the fertilized egg is stuck in the tube because of tubal inflammation or may be an abnormal tubal shape. Abnormal hormonal levels or abnormalities in conceptus development may also contribute to an ectopic pregnancy by slowing down the transport of the fertilized egg so that it is still in the tube at the time when implantation begins.

Some conditions can increase the risk of an ectopic pregnancy. For instance:

Women can reduce their chances of ectopic pregnancy in the future by practicing safe sex and reducing their exposure to sexually transmitted infections.

It is also recommended that women stop smoking before they conceive.

An ectopic pregnancy is initially difficult to diagnose as it feels much like a normal pregnancy, with a missed period followed by nausea, morning sickness, and tender breasts. Later on, other symptoms may appear, such as described above.

The following examinations and investigations may be required:

An ectopic pregnancy that continues to grow must always be treated since it cannot grow in its current location without causing severe harm and even death to the pregnant woman. In about half the cases, the egg dies on its own and the pregnancy is ended.

If not, the most common method of treatment is by a drug called methotrexate that prevents cell growth. This causes the pregnancy to end spontaneously and the tissue is slowly reabsorbed by the mother’s body. It avoids the need for surgery but requires meticulous adherence to the protocol and follow-up to avoid a missed tubal rupture while on treatment, or a continuing ectopic pregnancy. Methotrexate is contraindicated in breastfeeding mothers and in certain conditions.

Surgical treatment is mandatory in some cases: if the ectopic pregnancy ruptures; if it grows too large; if the fetal heartbeat is seen; if methotrexate treatment is not possible or if it fails. This is mostly done via keyhole surgery. However, in a few women open abdominal surgery will be necessary. In most cases of rupture, the tube must be removed, but in a few cases, it can be salvaged. If the tube is intact, the pregnancy alone is removed. Follow up with HCG levels is mandatory until it returns to normal.

Support and counseling should be offered as well. In the next pregnancy, the woman should be alert for signs of an ectopic until, at about 5-6 weeks, the pregnancy can be confirmed to be inside the uterus by ultrasound scanning.