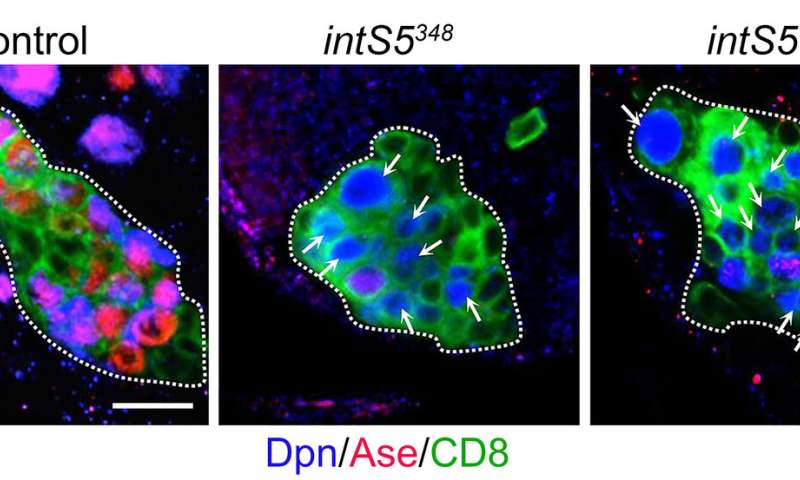 A study by Duke-NUS Medical School has found that members of the multiprotein ‘Integrator complex’, known for its role in gene regulation, are crucial for healthy brain development in fruit flies. The findings have implications for further understanding and treating neurodevelopmental disorders in humans.

Mutations in human Integrator genes intS1 and intS8 were associated with neurodevelopmental syndrome, which is characterized by profound intellectual disability, epilepsy and subtle structural brain abnormalities. However, the role of the Integrator complex during brain development has not been well understood. Associate Professor Wang Hongyan, Deputy Director of Duke-NUS’ Neuroscience and Behavioural Disorders Programme and lead author of the study, said, “We examined members of the Integrator complex in fruit fly brains to understand their roles in the development of the nervous system.”

The findings highlight the critical and novel roles played by Integrator complex proteins in preventing dedifferentiation, and thus in promoting brain development in fruit flies. They also show that Integrator complex proteins regulate Earmuff, which is a known dedifferentiation suppressor. “Given that Integrator and Earmuff are highly conserved in flies and humans, our study will facilitate understanding the function of their mammalian and human counterparts during brain development, in addition to understanding potential disease mechanisms,” says Assoc Prof Wang.