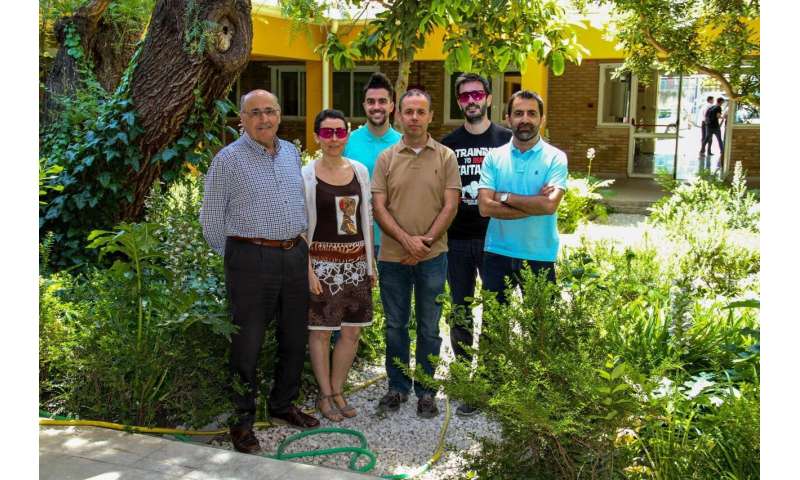 The below study is part of a wider project being conducted at the Department of Optics of the University of Granada, Spain, to investigate various aids marketed as being able to “improve” colour vision among colour-blind people. In 2018, the researchers demonstrated the ineffectiveness of the Cx-65 glasses produced by another company, EnChroma.

In their new study, the researchers find that the O2Amp “Oxy-Iso” glasses, marketed by the US company VINO Optics, neither improve the colour vision of people with colour-blindness nor correct their colour-blindness..

In Europe, 8% of the male population and 0.5% of the female population (that is, almost 22 million persons in the EU) present a congenital anomaly in their colour vision, commonly known as colour-blindness. To date, no effective treatment for colour-blindness has been found, although genetic therapies have been successfully tested on mice and primates.

Currently, there are various active and passive aids on the market that claim to improve colour-defective vision among colour-blind people, some of which are of dubious quality. So-called active aids modify the colour of images by using image-processing algorithms to increase the contrast between colours that, otherwise, would be indistinguishable for the user. Passive aids are based on colour filters that can be used as tinted glasses or contact lenses, even with their corresponding optometric compensation. Among the passive aids on the market, the glasses marketed by the US companies EnChroma and VINO are particularly noteworthy for their novelty and media profile.

In 2018, researchers at the University of Granada (UGR) analysed the performance of EnChroma’s glasses (model Cx-65), concluding that they do not improve the results of colour-blind participants in a series of diagnostic tests. Nor did they enable the colour-blind participants to enjoy colour vision that resembled that of normal observers. The published conclusions of this research had major social repercussions.

Subsequently, the UGR researchers turned to analysing some of the viral videos made about the O2Amp “Oxy-Iso” glasses. In these videos, colour-blind users can be seen crying with joy when using the product for the first time. Having studied VINO’s advertising claims for such products, the UGR scientists decided to undertake a meticulous study of the effectiveness of these glasses. Their investigative work was driven by a strong conviction that scientists hold a moral contract with society that calls on them to identify and refute—on the basis of rigorous experiments—any erroneous information that companies disseminate. In this case, the information that these companies have targeted at colour-blind people could generate false hopes, such as the suggestion that the product would enable users to see new colours or even to correct their colour-blindness altogether.

Although VINO Optics’ O2Amp “Oxy-Iso” glasses were initially developed for medical professionals to improve the contrast of veins under the skin, the inventors claim their technology helps colour-blind people with red-green deficiency (known as deutans and protans). On its website, the company currently (June 2019) states: “Our Color Blindness technology corrects red-green color deficiency, based on a scientific understanding of what color vision is for.” It also claims their technology “does more than simply allow you to pass the Ishihara test,” which is one of the classic, and basic, tests for identifying whether a person is colour-blind.

The researchers followed a dual strategy to assess the efficiency of these glasses. First, they evaluated the vision of 52 colour-blind people, with and without the VINO glasses by means of different tests typically used to assess colour vision: the aforementioned Ishihara colour test (recognition test) and the Farnsworth-Munsell (FM) 100 hue test (arrangement test). They also added a color-naming test based on the X-Rite colour chart. The second strategy was to simulate the effect of the glasses, using the spectral transmittance of the VINO lenses, on observers who presented different degrees of simulated colour-blindness. This enabled the team to assess the changes they produced in the appearance of colours, as perceived by different subjects. The researchers completed their study by comparing the results with those obtained by the EnChroma Cx-65 glasses.

The low-level transmittance of the VINO O2Amp “Oxy-Iso” glasses in the intermediate region of the spectrum produced a significant change in the appearance of the colour, especially in the chroma attribute. This change allows some colour-blind subjects, particularly deutans, to pass simple recognition tests, such as the Ishihara, but not the more comprehensive arrangement tests, such as the FM100. These results, together with those obtained by means of simulation using a novel “Daltonization” algorithm, showed that these glasses do not improve the colour vision of colour-blind subjects to the extent that they can see colour as people with normal vision. However, they may facilitate some tasks requiring colour discrimination. In fact, these glasses can particularly improve deutans in some tasks, such as helping users to distinguish some colours that can cause confusion (at the risk of confusing others that they previously perceived differently). In addition, the glasses can be useful in some specific applications (such as improving the contrast of veins under the skin), as is the case with other colour filters used in activities such as hunting or shooting, or in low-vision contexts.

In a paper recently published in the journal Optics Express, the UGR researchers conclude: “Our results support the hypothesis that glasses with filters are unable to effectively resolve the problems related to colour vision deficiency.”