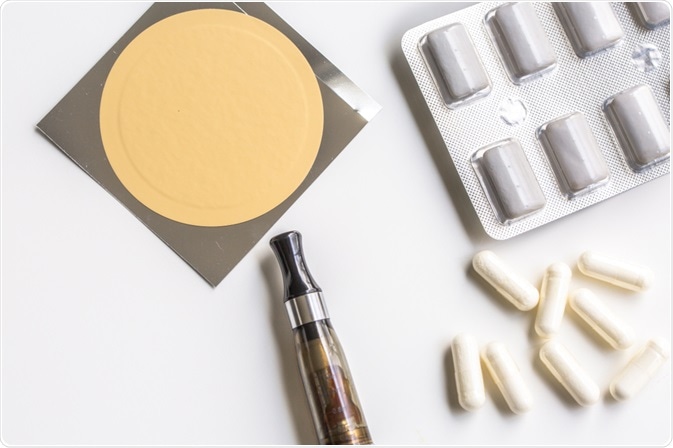 How does nicotine work?

Once nicotine enters the body, whether that be through smoking or chewing, it is quickly distributed throughout the bloodstream. In fact, within 10 to 20 seconds of inhaling nicotine, it successfully crosses the blood-brain barrier (BBB) and binds to the nicotinic acetylcholine receptors (nAChR).

The binding of nicotine, as well as any other type of nAChR agonist, can alter the synaptic release of acetylcholine itself, as well as a wide range of other neurotransmitters such as dopamine, norepinephrine, serotonin, and glutamate.

The nAChRs are distributed in various parts throughout the brain’s cortex and subcortical regions; therefore, its action and subsequent ability to alter neurotransmitter activity can lead to a wide array of health effects.

Before the publication of the monoamine hypothesis of depression, a group of researchers at Vanderbilt University led by Dr. David Janowsky postulated the cholinergic-adrenergic theory of depression.

Although this work did not directly address the role of specific receptors within the cholinergic and/or noradrenergic systems, it increased the awareness of how different receptor agonists and antagonists may contribute to depressive or antidepressant effects.

Nicotine as an anti-depressant

Many studies on nicotine have demonstrated the ability of this nAChR agonist to provide relief of depressive symptoms in depressed non-smokers.

In 2006, a group of researchers from the Duke Center for Nicotine and Smoking Cessation Research was interested in gaining a better understanding as to why individuals with depression often have higher smoking rates.

In this study, 11 individuals with depression and no prior history of smoking were randomly assigned to either transdermal nicotine treatment or the placebo. At the end of the study, test subjects who wore the nicotine patch for at least 8 days experienced a significant decline in their depression-assessment rating scores.

In addition to elucidating the potential role for a nAChR agonist, like nicotine or a manipulated variation of this substance, in the treatment of depression, the researchers also believe that depressed individuals who are smoking may require additional help to quit smoking as a result of its positive effects on their mood.

While this study did not in any way promote cigarette smoking to treat depression, it did make the researchers curious as to how altered nicotine compounds could emerge as potential antidepressants.

More recently, researchers have investigated how the use of nAChR agonists like nicotine could potentially be used in the treatment of late-life depression (LLD). LLD, otherwise referred to as a major depressive disorder occurring in adults over the age of 60, affects approximately 5% of individuals living in older-adult communities.

Some of the most prevalent symptoms associated with LLD include poor performance in several cognitive domains including visuospatial ability, processing speed, episodic memory, and executive function.

In addition to being at a higher risk of suicide, individuals with LLD are often unresponsive to traditional antidepressants.

Since the use of nicotine is associated with certain benefits for individuals suffering from neuropsychiatric conditions like Alzheimer's disease and schizophrenia, there is a potential for nicotine or some type of novel nicotine-like compound to successfully ameliorate depressive-like symptoms in the future.

Nicotine as a depressant

It is estimated that over 70% of the adolescent population have smoked a cigarette at least once in their life. In addition to being a critical period for emotional and cognitive development, adolescence is also associated with an increased risk of suicide, accidents, homicides, mood disorders, anorexia, bulimia and substance abuse, such as tobacco smoking. 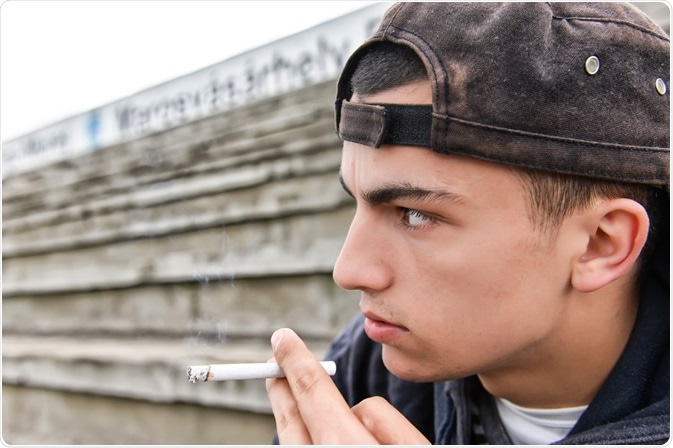 Nicotine, which is a psychoactive and addictive substance, directly acts on the brain areas involved in both emotional and cognitive processing; therefore, early exposure to nicotine during adolescence can have long term effects on an individual’s mental health, cognitive ability, and personality.

Significant efforts have been made to elucidate how nicotine might affect the adolescent brain differently than that of adults. To this end, adolescents have been found to have a higher dependence on nicotine at lower levels of cigarette consumption.

In addition to dependence, several studies have also found that smoking during adolescence is also associated with a higher risk of developing mental and behavioral problems during adulthood.

Of these potential health effects include major depressive disorder, agoraphobia, panic disorder, antisocial personality disorder, academic problems or even addiction to other substances.

Several animal studies have shown that nicotine exposure during adolescence causes stronger changes in the gene expression to occur within the prefrontal cortex (PFC) as compared to other periods of adulthood.

These genes include nAChRs containing 4 and 2 subunits in the medial PFC, which subsequently lead to a rise in nicotine-induced GABAergic synaptic transmission. These effects of nicotine have been associated with altered plasticity and refinement of cortical connections, as well as reduced maturation and function of the prefrontal network.

There is a considerable amount of conflicting evidence on the depression-nicotine dependence link. Much of this confusion can be attributed to the heterogeneity of the depressive syndrome, as many studies on nicotine and depression limit the clinical phenotype of depression.

Since many symptoms of depression are known to have distinct neurobiological and psychosocial correlates, researchers in this area must evaluate the specific depressive symptoms of a nicotine user to better understand which psychopathological processes may be involved.

To this end, current nicotine users were found to experience higher rates of major depressive episodes, depressed mood, feelings of worthlessness, helplessness, and hopelessness, as well as suicidal ideation and crying episodes as compared to patients with both no history of and previous dependence on nicotine.

It is also important to note that there were generally little to no differences that existed between individuals with no history of and previous dependence on nicotine.

After completing her Bachelor of Science in Toxicology with two minors in Spanish and Chemistry in 2016, Benedette continued her studies to complete her Master of Science in Toxicology in May of 2018.During graduate school, Benedette investigated the dermatotoxicity of mechlorethamine and bendamustine, which are two nitrogen mustard alkylating agents that are currently used in anticancer therapy.