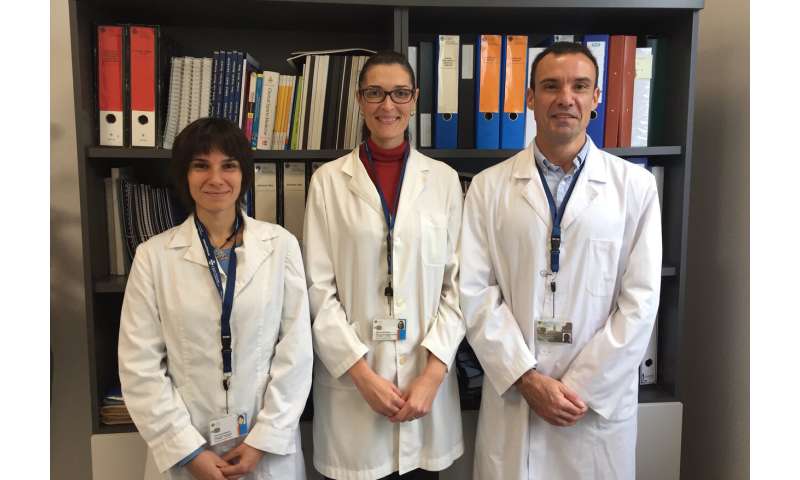 Researchers from the Departments of Physical Therapy, Medicine and Surgery of the Universidad CEU Cardenal Herrera of Valencia (Spain), have developed and successfully tested a pioneering myofascial therapy for the treatment of gastroesophageal reflux. Their study has shown that the manual therapy, which is designed to relax the fascia in the area of the diaphragm, decreases the symptoms of gastric reflux and the use of medicine to alleviate them, thus improving the quality of life of the patients who took part in the clinical trial up to a month after applying the therapy.

The results have been published in Scientific Reports. This research is part of the doctoral thesis of Physical Therapy Department professor Isabel Martínez Hurtado, headed by professors Juan Francisco Lisón, María Dolores Arguisuelas and Pedro Almela.

Arguisuelas says, “The fascia is a tissue of the body that wraps around all structures – muscles, bones, vessels, organs – and has the function of supporting or sustaining, transmitting tension, and sliding between planes. In recent years, there has been progress in the research on the implication of this tissue in the development of common pathologies.”

Changes in the symptoms of the reflux and the quality of life of the patients that took part were assessed in the clinical trial, as well as the doses of medication that they needed before the myofascial treatment, a week later and a month later.

Martínez Hurtado says, “The results show that during the month following the treatment, the patients have seen the frequency and severity of the reflux symptoms decrease, leading to less medication use. The most common treatment for reflux is to continuously take proton pump inhibitors, which can cause long-term secondary effects. This would be prevented with the application of myofascial therapy on the diaphragmatic area that we have designed by a physical therapy professional who is trained on these techniques. We believe they could be an alternative to medication, with the subsequent decrease in secondary effects and treatment costs.”