Diversity is important in all fields. It widens the talent pool and helps to bring fresh, original ideas to the table. This is particularly important in science, where innovation is key. Unfortunately, there is a lack of diversity in science.

Women and people of color face barriers to entering scientific careers and succeeding due to a range of problems but most often linked with systemic racism, gender inequality, and the inherent challenges of navigating a world engineered for white men. Here, we discuss the reality of this problem and highlight the importance of fostering inclusivity in science. 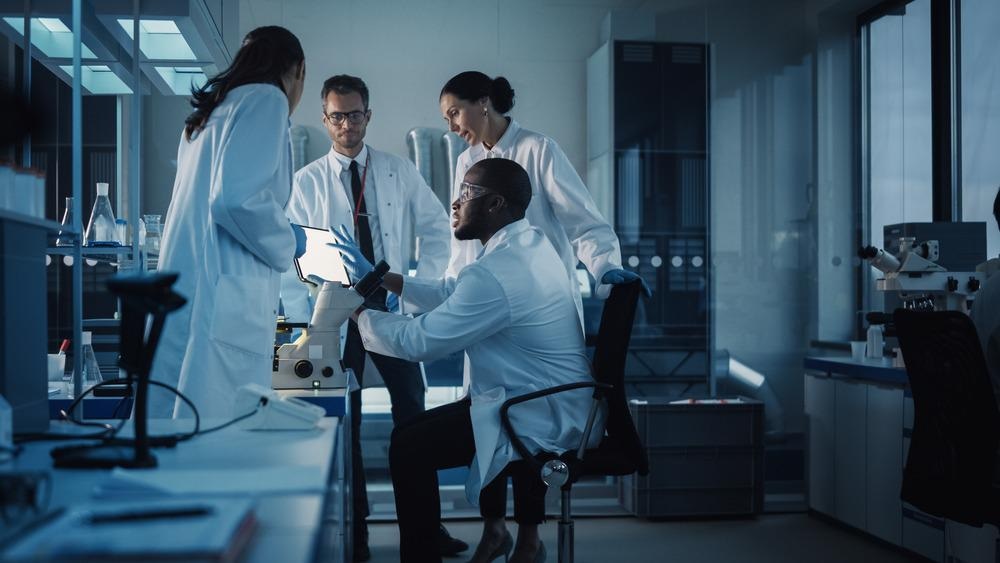 The lack of diversity in science

Recent data published by the UK’s premier scientific academy, the Royal Society, revealed that in 2018-19, of science, technology, engineering, and maths academic staff aged 34 and under in the UK, just 19.2% (less than one in five) are Asian and 1.8% are black. A similar story is being told in the US, where Hispanic workers account for just 8% of science, technology, engineering, and math (STEM) jobs, and black workers account for 9% of the workforce in this area. Data also shows that these figures have not improved over recent years.

Nature recently published a thought-provoking article that puts this lack of diversity in science under the spotlight. It drew attention to the fact that photos of scientists of color were shockingly difficult to find. Even Elmer Imes, who was the second African American to ever be awarded a Ph.D. in physics in the US was absent from national libraries including the US Library of Congress in Washington DC.

Women are also unrepresented in STEM careers, with recent data revealing that less than a third of the world’s scientific researchers are women and that in some fields such as mathematics, physics, and computer science, the representation of women is particularly low.

Additionally, LGBT+ scientists are also being excluded from STEM workplaces. In a recent article published in Nature, “invisible” is used to sum up how many people within the LGBT+ community feel in regards to their status at their institution, laboratory, classroom, or office. Discussions on sexual orientation and sexual and gender identity are not happening in STEM workplaces, and this is having the impact of preventing the career advancement of the LGBT+ community as well as threatening their mental health at work.

How science benefits from inclusivity and how to promote it

There is a moral obligation to establish an environment where all people are encouraged to pursue scientific careers and supported throughout their journey. There is also a clear benefit to science to make this change. Inclusivity leads to innovation. Increasing the diversity of teams has the impact of expanding the pool of ideas, broadening perspectives, and incorporating new ways of thinking. Science depends on innovation. Paradigm shifts and revolutionary thinking do not happen within an environment of stagnation. By limiting diversity within scientific teams, thoughts and ideas are also limited.

In the current climate, the spotlight has been focussed on the systematic inequalities in all areas of life, particularly in the US. Following the recent Black Lives Matter protests, many US institutions pledged their commitment to inclusion. However, those currently working in academia emphasize the need to continue the momentum to establish real change.

After the killing of George Floyd by a policeman in 2020, many universities, departments, and faculty members responded by issuing policies that highlighted their commitment to diversity in academia as data began to flood social media highlighting the lack of diversity in US academia. Reports from the Pew Research Centre found that 62% of black STEM employees had experienced racial or ethnic discrimination in the workplace. Additionally, 57% said that their workplaces did not pay sufficient attention to racial and ethnic diversity.

To make science more inclusive, the fundamentals of academia must be changed. There have been reports of institutional racism in universities in the US and Europe. Structural racism exists in higher education, preventing people of color from staying on in school and succeeding at university. Changes must be made throughout the educational system to ensure that equality is achieved early on, the problem is not isolated at the top.

Equality and inclusion in science starts at school. It involves changing systems that are biased and putting all students on equal footing. The solution to inclusivity in science is not simple, but it is vital. Science and society have a lot to gain from fostering inclusivity.

After studying Psychology and then Neuroscience, Sarah quickly found her enjoyment for researching and writing research papers; turning to a passion to connect ideas with people through writing.