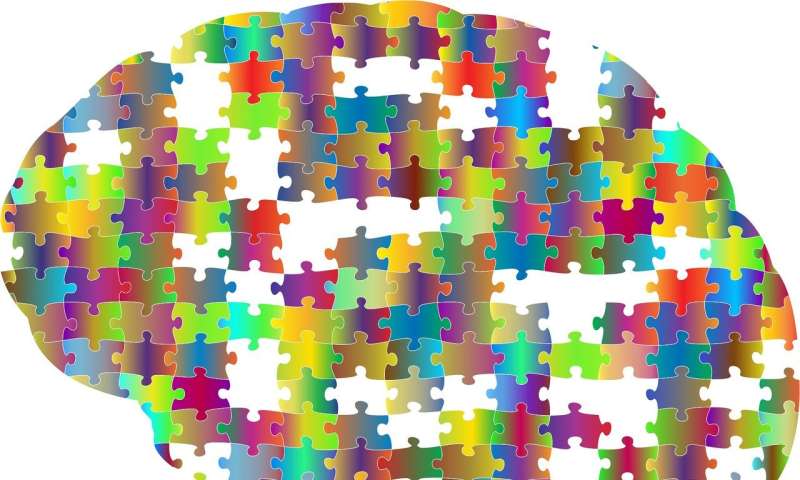 You can grasp a hand. You can also grasp a concept. One is literal. One is metaphorical. Our brains know the difference, but would we be able to understand the latter without the former?

Previous studies have suggested that our understanding of metaphors may be rooted in our bodily experience. Some functional MRI, o fMRI, brain imaging studies have indicated, for example, that when you hear a metaphor such as “she had a rough day,” regions of the brain associated with tactile experience are activated. If you hear, “he’s so sweet,” areas associated with taste are activated. And when you hear action verbs used in a metaphorical context, like “grasp a concept,” regions involved in motor perception and planning are activated.

A study by University of Arizona researcher Vicky Lai, published in the journal Brain Research, builds on this research by looking at when, exactly, different regions of the brain are activated in metaphor comprehension and what that tells us about the way we understand language.

Humans use metaphors all the time; they’re so ingrained in our language we often don’t even notice we’re doing it.

In fact, researchers have found that on average, people use a metaphor every 20 words, said Lai, an assistant professor of psychology and cognitive science at the UA. As director of the Cognitive Neuroscience of Language Laboratory in the UA Department of Psychology, Lai is interested in how the brain processes metaphors and other types of language.

Her latest study used EEG, or brainwave studies, to record electrical patterns in the brain when participants were presented with metaphors that contained action content, like “grasp the idea” or “bend the rules.”

Study participants were shown three different sentences on a computer screen, each presented one word at a time. One sentence described a concrete action, such as, “The bodyguard bent the rod.” Another was a metaphor using the same verb: “The church bent the rules.” In the third sentence, the verb was replaced with a more abstract word that conveyed the same meaning as the metaphor: “The church altered the rules.”

When participants saw the word “bent” used in both the literal and metaphorical context, a similar response was evoked in the brain, with the sensory-motor region being activated almost immediately—within 200 milliseconds—of the verb being presented on the screen. That response differed when “bent” was replaced with “altered.”

Lai’s work supports previous findings from fMRI studies, which measure brain activity changes related to blood flow; however, the EEG, which measures electrical activity in the brain, provides a clearer picture of just how important the sensory motor regions of the brain may be for metaphor comprehension.

“In an fMRI, it takes time for oxygenation and deoxygenation of blood to reflect change caused by the language that was just uttered,” Lai said. “But language comprehension is fast—at the rate of four words per second.”

Therefore, with an fMRI, it’s hard to tell whether the sensory motor region is truly necessary for understanding action-based metaphors or if it’s something that’s activated after comprehension has already taken place. The EEG provides a much more precise sense of timing.

“By using the brainwave measure, we tease apart the time course of what happens first,” Lai said.

In the study, the near-immediate activation of the sensory motor region after the verb was displayed suggests that that region of the brain is indeed quite important in comprehension.

Exploring the Power of Language

Lai’s current research extends understanding of how humans comprehend language and will help foundationally with some of the other questions her lab is exploring, such as: Can metaphoric language be used to improve people’s moods? What role might language play in healthy aging? And, can metaphors aid in the learning of abstract concepts? Lai recently presented ongoing research on the use of metaphors to aid in the teaching, learning and retention of science concepts at the annual meeting of the Cognitive Neuroscience Society in San Francisco.

Lai’s fascination with metaphors stems from an early love of literature, which evolved into an interest in linguistics. As a linguistics master’s student in Taiwan, she collected and studied hundreds of Mandarin Chinese metaphors. That eventually led her to psychology and her work at the UA.