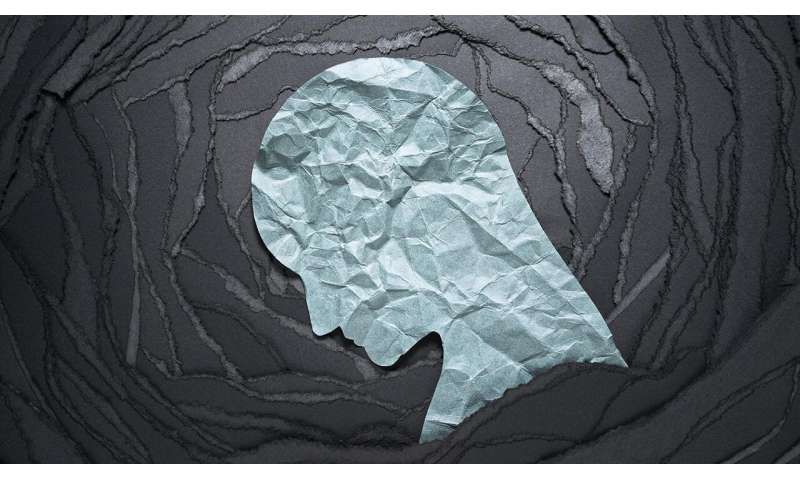 Outside prisons and jails, more than four million people in the United States are still monitored on probation and parole. Mental health disorders may affect about half a million of them—or perhaps more. No one is quite sure.

The absence of accurate statistics holds serious implications: If the criminal justice system is meant to rehabilitate rather than punish, then failure to identify those in need undermines the system’s purported goal.

“Part of the problem is, probation officials don’t always know who in their system has a mental illness,” said Assoc. Prof. Matt Epperson of the University of Chicago School of Social Service Administration. “They often find out by happenstance.”

Epperson, a social work researcher, is hoping to help change that. A leading scholar of criminal justice reform and decarceration, Epperson previously worked for six years as a mental health counselor in a Michigan jail. This September, he and Robert Gibbons, the Blum-Riese Professor of Biostatistics at UChicago, will start piloting an online test for mental illnesses among Cook County probationers. If successful, the innovative program could serve as a model not only for this region, but for the rest of the country.

Because courts and probation offices don’t effectively screen everyone they encounter, mental illness is often flagged on a case-by-case basis—for example, when a public defender discloses it while petitioning for treatment for their client. However, implementing full-length evaluations for all 18,000 people on probation in Cook County also isn’t feasible.

What might bridge that gap is a test which Epperson and Gibbons are about to implement on a large scale—one that can be taken from any computer, smartphone or tablet with an internet connection. Known as Computer Adaptive Testing-Mental Health or CAT-MH, the test is the product of over 15 years of continuous funding from the National Institute of Mental Health, and has already been used by UChicago physicians to provide treatment. Gibbons is a founder of Adaptive Testing Technologies, which distributes the CAT-MH suite of computerized adaptive tests.

The CAT-MH draws from over 1,000 items stored on cloud servers, selecting statistically optimal follow-up questions in real time based on responses. In short, every iteration of the test will look a little different—even if the same person takes it twice.

Because the CAT-MH can tailor itself to the severity of each individual case, it can complete a full screening for major mental health disorders in just a few minutes.

“It’s not cost-effective to do a full assessment with everyone, or to do a face-to-face screen with everyone,” Epperson said. “Our test gives us immediate information about all these folks, and it identifies the subgroups that need more intensive assessment and follow-up.”

Established in partnership with the Cook County Adult Probation Department and Cook County Health, the new program will institute the CAT-MH as part of standard intake procedures in Cook County courthouses. Those identified to be at risk of mental illness or substance abuse can then be connected with a social worker for intervention. The project is supported by a grant from the Laura and John Arnold Foundation.

Probationers are free to opt out of the testing, but Epperson hopes that self-administration of the test will encourage participation and elicit candid answers. Since the application of the test is funded for three years, he and his fellow researchers can examine the data over time, analyzing how mental health risk factors may predict recidivism.

The new project is informed by the results of a recent study co-authored by Epperson and Gibbons, which administered the test to 475 defendants in Cook County Bond Court. Published in the journal Psychiatric Services, the research found that the CAT-MH accurately identified the presence of mental health issues—measuring the severity of disorders such as depression, anxiety, substance abuse and suicide risk.

After removing nine of the test’s bank of more than 1,000 questions, the researchers found that the CAT-MH differentiated between high and low levels of severity as well as structured clinical interviews.

“While the validity of the test had already been established in a variety of medical settings for both English and Spanish speakers, it had not been independently validated in a criminal justice setting,” Gibbons said. “Our paper demonstrates that the test can also serve those needy populations, with only slight modification of the original version.”

The launch of this test in Cook County marks Epperson’s latest effort to confront problems in the criminal justice system. As director of the Smart Decarceration Project at UChicago, he uses research to help reduce incarceration and reverse racial and behavioral health disparities in prisons and jails.

By combining his real-world experience with scholarship, Epperson hopes to create a more “scientifically grounded understanding” of how people with mental illnesses get caught in the cycle of incarceration. That information, he thinks, could go a long way toward producing better solutions.