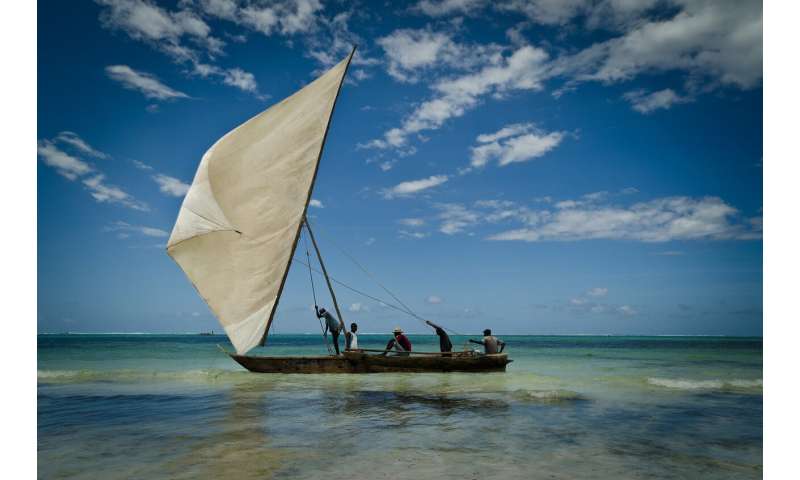 The new study, published July 1 in Malaria Journal, found that targeting men who work and socialize outside the home in the evenings and travelers and seasonal workers who may bring malaria to the islands from mainland Tanzania could accelerate elimination of the disease.

Zanzibar has maintained malaria prevalence below one percent for the past decade, but elimination of the deadly mosquito-borne disease remains elusive, despite the widespread use of insecticide-treated bed nets and indoor spraying.

“We’ve seen such great progress, but it’s hard to eliminate the remaining cases,” says CCP’s April Monroe, Ph.D., who led the research. “It’s the typical last mile problem: Sometimes the hardest part of the journey comes at the end. To get there, we need to focus our attention now on human behavior, instead of solely on mosquito behavior as we did in the past.”

The World Health Organization estimates that between 2000 and 2015, the rate of new malaria cases declined by 37 percent globally and malaria deaths fell by 60 percent, with 6.2 million lives saved. Three quarters of those gains can be attributed to interventions such as insecticide-treated bed nets and indoor spraying for mosquitoes.

But those interventions are only designed to work indoors.

For the study, Monroe and her colleagues analyzed data from 62 in-depth interviews with community members and leaders conducted in December 2016 and April/May 2017. The researchers also looked at data from night time observation of routine community activities, such as buying and selling at local shops, watching television in public spaces and socializing in small groups, as well as large-scale community events such as weddings and religious ceremonies.

The researchers found little evidence of people using protection against mosquitoes outdoors. “Participants reported that topical repellants were not widely available in the community and were only sold at shops in town,” the authors noted.

As one woman who was interviewed remarked, “When you are outside, you really can’t wear the bed nets, can you?”

In low-transmission settings like Zanzibar, children under five are no longer considered the population most at risk for malaria infection. They are sleeping under their nets and are typically at home or near home after dark. It is men who are often outside at night, whether working or socializing, which could put them at higher risk.

Zanzibar is made up of a series of islands in the Indian Ocean off the coast of Tanzania, where transmission of malaria is more common. Travelers from the mainland are understood to bring many of the malaria cases found in Zanzibar with them. When a mosquito bites a person infected with the parasite, it infects the mosquito which can then transmit the disease to someone else.

Seasonal workers from mainland Tanzania come to Zanzibar for a variety of reasons, including to work in the fields from planting to harvest time and they often do not have mosquito nets. Some communities in Zanzibar have instituted a process by which newcomers register with community leaders who can connect them with testing for malaria (and treatment, if need be) as well as to offer malaria prevention information. Monroe says these community-designed systems could be scaled up in other areas of Zanzibar.

There is a great opportunity to explore the use of mosquito control tools beyond nets and spraying alongside social and behavior change interventions to help address these identified gaps in malaria prevention that occur after dark, she says.