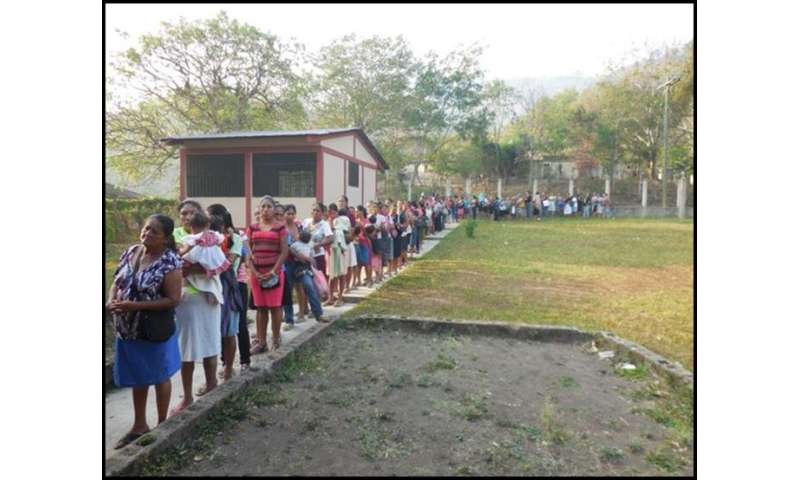 A group of researchers from Dartmouth’s Norris Cotton Cancer Center, led by Gregory Tsongalis, Ph.D., have introduced an inexpensive DNA-based testing protocol for HPV in Honduras. The team found that of 1,732 women screened, 28% were positive for a high-risk HPV type and of those, 26% had more than one HPV infection. Results also showed that the most common HPV genotypes detected during testing were different than those commonly found in the United States. Their findings, “Screening for Human Papillomavirus in a Low- and Middle-Income Country” are newly published in ASCO’s Journal of Global Oncology.

“We have shown that cervical cancer screening can be implemented in low-resource settings using this method, and that women are very interested and engaged in testing and follow-up clinic visits when necessary,” says Tsongalis. “This study also identified something we were not expecting and that is a very significant difference in the types of high-risk HPV that we were detecting.”

Such findings could mean profound implications for vaccination programs. “The causes of cervical cancer, while viral in nature, are not always the same type of virus and that could impact aggressiveness of disease, vaccinations and therapies,” says Tsongalis.