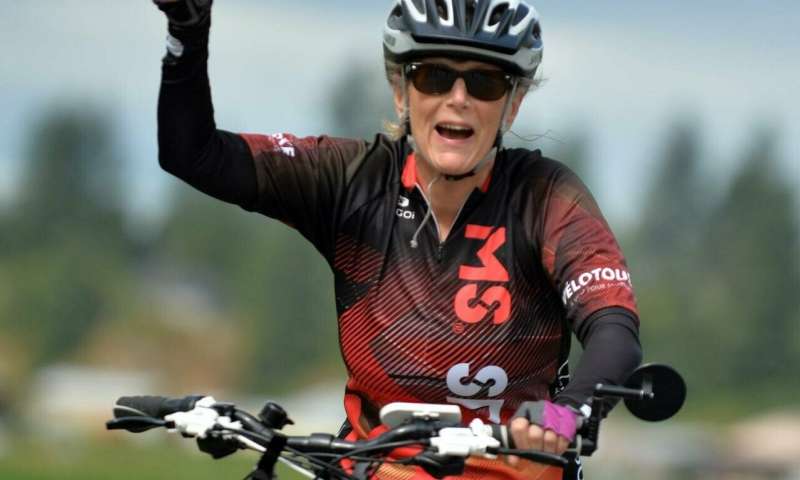 Neighbourhood income and education level is associated with risk of disability progression in patients with multiple sclerosis, suggests new research from the University of British Columbia.

UBC researchers, along with colleagues in Wales, compared population health data across several measures of socioeconomic status, and found that lower neighbourhood-level income and educational attainment was associated with an increased likelihood of reaching key physical disability milestones, such as difficulties with walking.

The findings—published online today in Neurology, the medical journal of the American Academy of Neurology—paint a clearer picture of the way that wealth and education might affect patients with MS.

“This study is the first of its kind,” says the study’s senior author Helen Tremlett, professor in the division of neurology at UBC and the Canada Research Chair in neuroepidemiology and multiple sclerosis. “Previous studies have looked at the relationship between socioeconomic status and risk of developing MS. Here, we were able to show a relationship between socioeconomic status and subsequent risk of disability progression.”

MS is a chronic inflammatory disease that occurs when the body’s immune system attacks myelin, the fatty material that insulates neurons to enable rapid transmission of electrical signals. When myelin or neurons are damaged, communication between the brain and other parts of the body is disrupted leading to impaired ability including vision problems, muscle weakness, difficulty with balance and coordination, and cognitive decline. Most people who live with MS will experience some form of reduced ability.

As the Welsh and Canadian systems for tracking population health data are similar, the team was able to access comparable information for the two groups of patients. For the Canadian patients, the team determined socioeconomic status based on census data, which links postal codes with neighbourhood-level income. Clinical information from a provincial MS database was linked with population-based provincial health administrative data. The Welsh patients were assessed by linking similar datasets, including National Health Service information, postal code-related income data and educational attainment.

The researchers did not look at specific factors that might explain the relationship between lower socioeconomic status and higher risk of disability progression, but they suggest that modifiable lifestyle factors, such as diet and exercise, could be involved.

“If that is the case, the risk may be amenable to change,” says Tremlett. “One of the next steps is to understand why this relationship exists.”

North Vancouver resident Marilyn Lenzen, who was diagnosed with MS nearly two decades ago, says she wasn’t surprised to learn that researchers have now established a clear link between socioeconomic status and disability progression in patients with MS.

“I’m glad to see that there is now research that backs up what I and many in the MS community have been experiencing for years,” says Lenzen. “Someone who has the financial means to buy healthier food or afford to participate in yoga, pilates or specialized exercise to rebuild their strength after a relapse doesn’t experience the same progression of disabling symptoms as others who can’t afford to access the same healthy lifestyle choices.”

After her diagnosis, Lenzen, now 59, could no longer keep up with the long hours and extensive travel required by her corporate job. When she gave up her job, however, she also lost her extended health benefits and experienced a significant decline in household income.

“When I was first diagnosed, I remember having to crawl on my knees up the stairs to get to bed every night,” she recalls. “But I was determined to exercise and to keep my muscles strong. I took up cycling and with the assistance of an e-bike, cycled 3,000 kilometres last year.

“I do still have occasional relapses but the relapses are not as bad and I have the strength in my body to rebuild again. I wish that everyone with MS, regardless of their socioeconomic status, has the same lifestyle opportunities to slow the progression of their disease.”