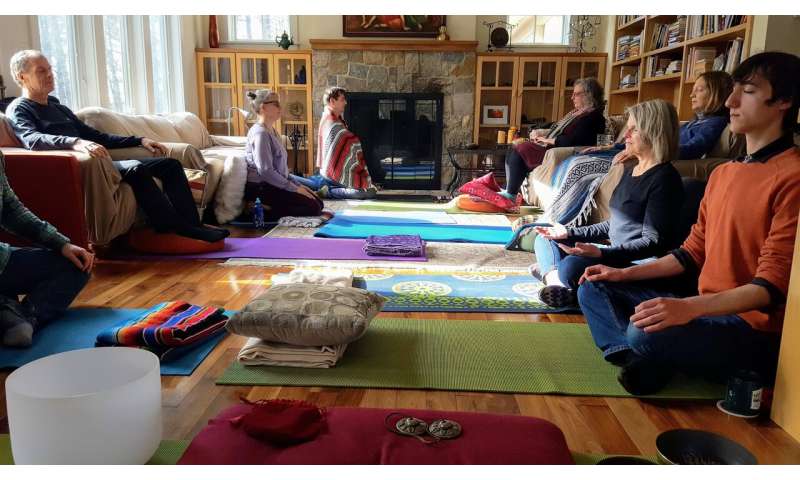 Kinesiology researchers at the University of Massachusetts Amherst have received funding to compare the effects of tai chi and mindfulness meditation on both the physical balance and psychosocial well-being of people with multiple sclerosis (MS).

In a pilot study with 30 participants who have mild to moderate MS symptoms, researchers at the Motor Control Lab of Richard van Emmerik, professor of kinesiology, will use a one-year, $54,972 pilot grant from the National Multiple Sclerosis Society to measure the immediate and ongoing benefits of the two mind-body practices.

Julianna Averill, a doctoral student in motor control working in Van Emmerik’s lab, hopes the results will validate the approach of community-based classes and lead to a larger scale study across the commonwealth.

“This is our first intervention study which has a teaching component,” Averill says. “The participants will be trained, and they will be able to practice on their own.”

Characterized by unpredictable periods of relapse and remission, MS is the most common disabling neurological disorder among young adults, with many diagnoses occurring between age 20 and 40, according to the National Institute of Neurological Disorders and Stroke.

People with MS may have a range of symptoms, including vision problems, muscle weakness, coordination and balance problems, tingling and burning sensations or numbness, extreme fatigue, fuzzy thinking and depression. The symptoms occur because the signals between the brain and body are disrupted when the fatty layer surrounding neurons in the brain and spinal cord—called the myelin sheath—is slowly destroyed.

“While MS symptoms vary depending on where the damage in the brain and spinal cord is located, balance issues are a common occurrence in MS,” Averill says. “Mind-body interventions are beneficial as they train dynamic balance, such as transitioning between postures, turning, reaching, etc., in a manner similar to movements in daily life.”

Finding ways to improve postural control and balance confidence is crucial to reducing the risk and fear of falls, a common and serious hazard for people with MS, which also affects their quality of life, Averill says. The study is designed to offer a fresh and expanded look at the effects of tai chi and mindfulness meditation.

“With mindfulness meditation, studies have been primarily looking at the mental constructs and not the impact on physical balance,” she says. Previous studies involving tai chi focused on standing balance, and UMass Amherst’s study will also seek to measure participants’ balance as they move.

Researchers are recruiting people with mild to moderate symptoms who are between age 21 and 70 and able to stand and move without assistance for 15 minutes. At three lab sessions over 10 weeks—before the classes start, after they end and two weeks later—participants will wear inertial sensors that collect postural sway data as they perform various movements. During the same sessions, the participants also will answer questionnaires that gauge their fall history, balance confidence, level of fatigue and ability to cope and adapt.