Timed intercourse DOES work! Women are up to 50 PER CENT more likely to successfully conceive with help of urine tests – but jury’s still out on cycle-tracking apps

Couples who use urine tests to track their fertility are more likely to get pregnant, scientists say.

Women who pinpointed their most fertile days had up to a 28 per cent chance of conceiving each month.

Meanwhile, those who had sex when they pleased had an 18 per cent likelihood of falling pregnant per month.

However, the team from the London-based research institute Cochrane noted there was only evidence that urine tests worked.

It means the jury is still out on cycle-tracking apps, which have been downloaded by millions of women across the world.

Dr Tatjana Gibbons, who led the study, noted that more research is needed into any negative effects of timed sex, such as increased stress among couples. 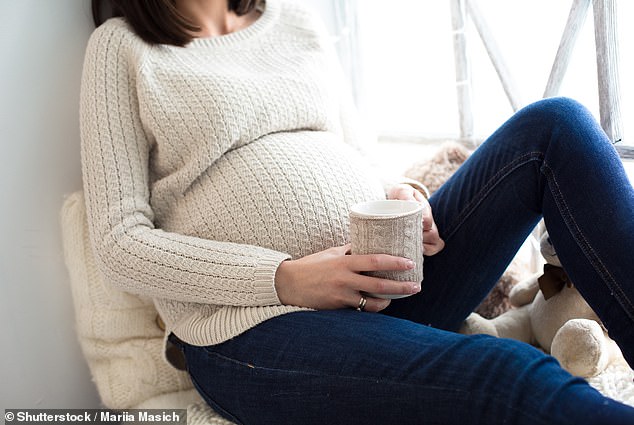 Researchers, who studied more than 2,000 women, found that those who used urine tests to time sex for days when they were fertile had a 20 to 28 per cent chance of conceiving every month. Meanwhile, those who had sex as and when they pleased had just an 18 per cent likelihood of falling pregnant per month

There is a surge in this hormone around one to one-and-a-half days before ovulation.

It accumulates in urine around the time of ovulation and causes cervical mucus to become thin and slippery.

The tests, which are around 90 per cent accurate, can be used by couples to help them plan to become pregnant.

The test can then be read by looking for coloured lines or putting the device into a monitor.

Experts say more and more couples hoping to conceive are using fertility awareness-based methods, which involves using ovulation data to time when to have sex.

These can come from period-tracking apps — which predict when the ovary is most likely to release an egg — taking temperature and monitoring cervical discharge, cramps or period dates.

Couples can also spend more than £100 on urine-testing monitors to find out when they are ovulating.

These involve women urinating onto a stick, which is inserted into a digital monitor and confirms if they are ovulating.

The tests work by detecting a rise in luteinizing hormone in the urine, which occurs when an ovary is released.

The review looked at six studies which included a total of 2,374 women attempting to conceive naturally.

The team wanted to determine the impact of timed intercourse on live birth rates, pregnancy rates, time to pregnancy and quality of life.

They also wanted to spot any adverse events related to timed intercourse — such as stress caused by a lack of spontaneity and pressure to perform.

The findings, which will be presented today at the European Society of Human Reproduction and Embryology annual conference in Milan, showed that scheduled sex, based on results from urinary ovulation tests, produced the best results.

However, the team were unable to reach a conclusion on whether timing intercourse through any method resulted in a difference in live births and pregnancy rates.

Data on this was only available on 160 women across two studies and the evidence was of low quality, the researchers said.

They noted that while there appeared to be benefits to couples trying to conceive for less than 12 months, there was not enough data to determine if timed sex boosted the chance of those with fertility problems, who had been trying for longer.

‘However, more evidence is needed on the adverse effects of timed intercourse and its effectiveness in different groups — such as those with unexplained infertility — before clinicians are able to promote this practice.

‘Future studies should also assess the use of fertility awareness-based methods for couples trying to conceive.’