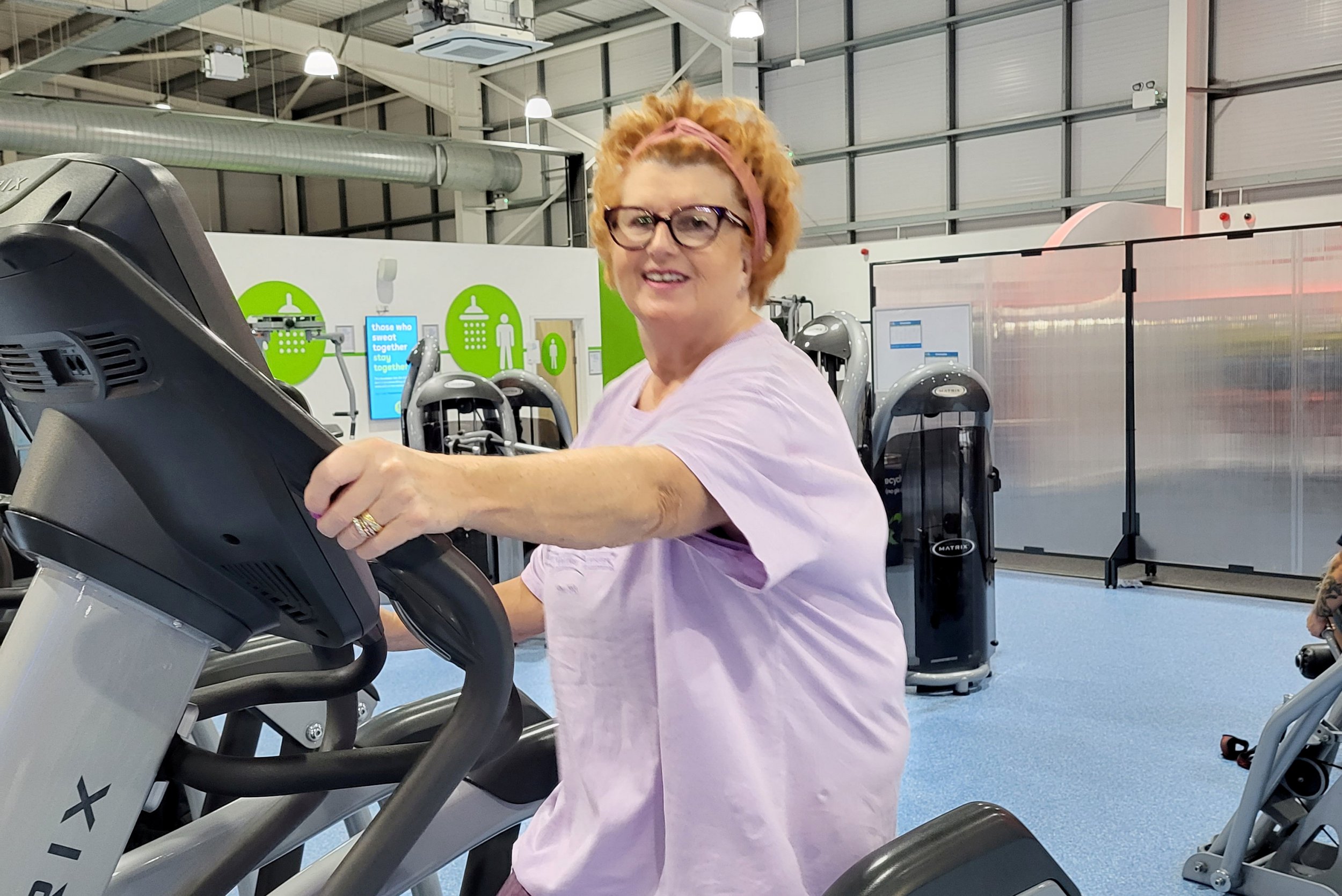 Belle Gray, 60, was committed to a healthy lifestyle and never indulged in fast food. But after receiving surgery, that all changed.

Previously, Belle worked for the NHS as an educator to prevent people from developing type II diabetes, so she is familiar with the dangers of an unbalanced diet.

Throughout her life she’s never been a fan of salty or sugary snacks, favouring fruits and salads over chocolate, cakes, and chicken nuggets.

But Belle began experiencing bizarre symptoms like her legs and head aching in January 2020, which changed her life and also her palate.

She developed a hemangioblastoma in the fourth ventricle of her brain, becoming one of less than 10 people across the globe with the condition.

Only a week after diagnosis, she was in London’s King’s College Hospital for brain surgery.

Requiring life-altering brain surgery, she went under the knife to have the tumour removed, which took 50 people over 12 hours to complete due to its awkward position.

The operation went well, but despite never having had a McDonald’s in her life, Belle woke up craving the chain’s nuggets and fries.

‘Something I found that was really odd was when I came home, I had never ever eaten a McDonald’s in my life or a chicken McNugget but the first thing that I wanted was a McDonald’s. What’s that about?’ she explained.

Belle ended up trying the chain’s restaurant after she recovered, saying her nuggets were ‘lovely, absolutely lovely.’

‘All I can put it down to is I had a television in my room and I think it might have been the advertising. My tastes have changed but other than that I’m still the same,’ she adds.

It’s not the only change in taste that Belle’s noticed since going under the knife either.

‘Last night, as an example, I had a crumpet with some jam on it and it tasted like parsnips,’ she explained.

The tumour removal affected her speech and balance most, and Belle spent three months in hospital and six more months in rehab. Now, she can successfully move around with a Zimmer frame.

But Belle wants to keep improving, and is cautious of her new sweet tooth hampering her efforts.

The former exercise physiologist said she’s trying to maintain control over her new junk food consumption, fearing it will hinder her goal to walk with a stick.

She said: ‘If I’m heavier it’s gonna be harder. If I get fatter there’s more of me to move. So I’m very mindful of how much I eat because I’m not burning it up,.

‘Before [the surgery] I was on my feet all day, I was very active. It’s hard because balance is not the same thing as strength.’

Because the disease is so rare, her condition is uncertain. But Belle is determined to dance again and in the meantime she appreciates the positives of her new-found love of sweet treats.

She said: ‘I’ve got a long way to go. All I’ve been told is two things – which is that it takes a long time and we don’t know. Unfortunately they just don’t know, which is fair enough.’