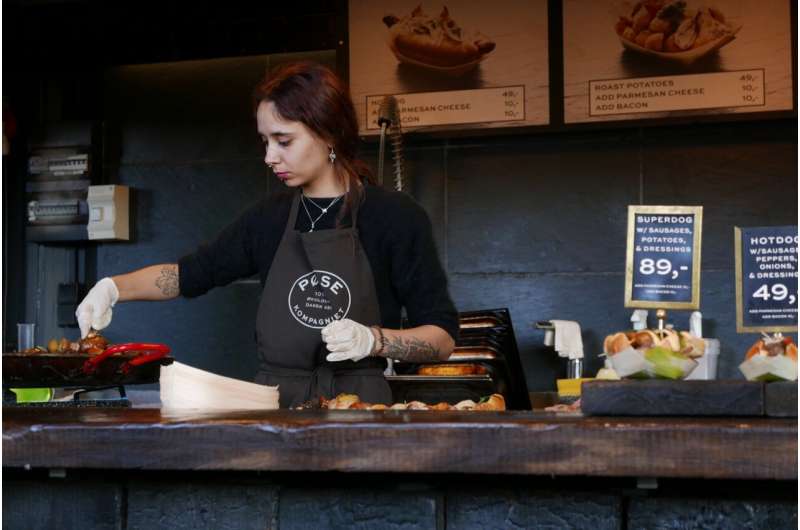 New Zealand’s decision this week to end most mandatory public health measures aimed at preventing COVID transmission received a mixed response. Our modeling suggests it was time to wind back restrictions, but some measures were perhaps scrapped prematurely.

The only requirements still in place are for people who test positive to isolate for seven days and for masks to be worn when visiting healthcare facilities and aged-care homes. Household contacts should test daily and mask up, but are not required to isolate unless they test positive.

We used our recent model to look at the effect of a 10–20% increase in transmission that could plausibly result from reduced mask wearing and less cautious behavior. We found this could potentially bump up case numbers in the short term, though much less than the recent BA.5 wave.

The modeling shows that after a few months new infections settle at a level only 2–4% higher than without the changes. In other words, the 10–20% increase in transmission led to a much smaller increase in new infections because it ultimately also raised levels of immunity in the population.

This is not a good thing though: infections are always best avoided and immunity should not be a goal in itself.

It is, however, an important effect to take into account and international observations bear this out. Many countries have removed mask mandates this year and there are no obvious signs this has caused a significant rise in illness or deaths.

A group of experts recently argued the aim of our COVID response should shift from limiting infection to preventing severe disease. Arguably this shift has already been happening over the past 12 months, but this week’s announcement marks another step on that journey.

To a large extent, this move is forced on us. As highlighted by our modeling above, a sustained reduction in the number of infections is difficult to achieve using the tools we currently have available.

Until March 2022, the epidemic was either growing exponentially or had the potential to do so if left uncontrolled. This meant collective action to reduce transmission was incredibly powerful.

The benefit of the vaccine in reducing severe disease was excellent. But it paled in comparison to the power of preventing an outbreak altogether or suppressing it through collective actions to stop spread.

Now, with widespread vaccination and 60% or more of the population likely having been infected, the relative importance of these effects has reversed. The benefit of actions to stop spread is likely to be relatively small. On the other hand, measures like boosters and antivirals continue to provide a large benefit to individuals and the broader community.

None of this is to argue that we shouldn’t try to reduce transmission. Preventing or delaying infections wherever possible is always beneficial as it reduces the amount of severe disease, long COVID and lost productivity.

The two protective measures still in place are important interventions. Although mass masking is likely to have only a marginal effect, targeted mask use remains an effective way to protect vulnerable people in healthcare and residential aged care.

And should case numbers increase again rapidly, a return to widespread masking may be justified to reduce risk for the vulnerable, ensure business continuity and take the pressure off the healthcare system.

Since the pandemic began, a series of variants (alpha, delta, and the omicron group of BA.1, BA.2 and BA.5) have caused worldwide waves. Another new variant is likely not far off. So while we enjoy the current lull in cases, we should prepare for the next wave.

Most of this preparation can only happen at the scale government or large institutions and businesses are capable of.

The government decision to remove the requirement for testing international arrivals using rapid antigen tests seems shortsighted. All outbreaks in Aotearoa New Zealand have been caused by new variants coming across the border. The requirement placed a low burden on arrivals and provided excellent information about what was arriving here before it gained traction in the community.

We will still detect new variants through sequencing of community and hospital cases and wastewater testing. But these are sometimes weeks behind border sampling and we will have lost valuable time to prepare.

Lower public awareness and normalization of COVID may lead to reduced reporting of test results and daily case numbers will be an increasingly unreliable measure. The obvious answer to this is to run a regular random survey to accurately determine the true prevalence.

In July, the Ministry of Health announced such a survey would start in the “coming weeks” but it hasn’t materialized yet.

While there is much discussion about hybrid immunity, it is far more desirable to build immunity through vaccination rather than infection. Other countries have wider availability of vaccines than New Zealand, with fourth doses available to more age groups, bivalent vaccines that target omicron variants, and vaccines available for children as young as two.

Health authorities should focus on ensuring we have widespread, timely and equitable access to the best vaccines and treatments. The community as a whole needs an ongoing focus on ensuring all eligible groups are up to date with vaccination.