Over the past few years I’ve spent a lot of time providing support for various elderly relatives, an experience that has often led me to despair at the state of our aged care system. Yet last week I visited a family friend at his nursing home, and what I saw there defied my bleak expectations.
My friend is magnificently old, and is fortunate to live in a facility that is modern and pleasant, where he is well cared for by the attentive staff. His family are loving, engaged people who visit often and advocate for him when needed. 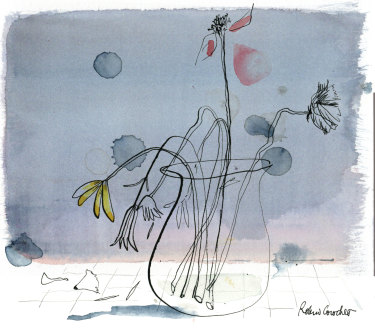 Yet despite all these positives, my friend told me that he’s had enough. He wants to die, and he wishes it could be soon. This isn’t a whim. He said the same thing to me last time I saw him, almost a year ago.

My friend’s mind is still sharp, and he is not suffering from a terminal illness. But for the past few years his quality of life has deteriorated. His sight and hearing are almost gone, and his mobility is severely limited. He’s hopelessly vulnerable to minor infections and viruses. He finds it hard to keep down his meals, so they must be mashed. He readily admits that these ailments are well-managed by the staff at his nursing home. But those physical afflictions are only part of his problem.

Most of his friends have died, as have all his siblings. ‘‘It’s hard being the last,’’ he tells me. And, as the last of his contemporaries, he feels as if all that’s left to him is a drawn-out, uncomfortable wait for the inevitable end. Above all, he has simply had enough. His distress makes perfect sense. Because it’s his life. Yet in his final years, he’s lost almost all control over it.

As a society we often approach old age as if it’s something that can be treated and cured. We paper over the physical problems when they present themselves, often with some success, then tell ourselves that everything is fine. But there are worse things than aches and pains.

Visiting my friend reminded me of David Goodall, a 104-year-old Perth man who flew to Sweden last year, in order to take advantage of that country’s euthanasia laws. Goodall had lived an active, dynamic life, and when he reached the point where he felt he was no longer able to contribute, life started to lose its value for him. Then he suffered a fall, which cost him his independence as well.

Like my friend, Goodall was not in terrible pain, and he was not terminally ill. But he had lost any hope of what he judged to be a meaningful future. And without that, life became a burden, not a blessing.

Some Christians insist that human life is sacred, and should be preserved at all cost. This thinking has informed secular ethics too, to the extent that we often assume that wanting to die is always irrational and wrong, unless perhaps you are experiencing terrible physical pain. But isn’t it just as bad to have lost all hope of a meaningful future?

Of course, David Goodall’s idea of a worthwhile life is not one that should be applied to all of us. What makes life worth living varies for everyone. But if a very old person feels they have reached the point where they no longer have any prospect of a meaningful existence, why should we require them to continue, enduring discomfort and indignity without any purpose?

Victoria recently introduced euthanasia laws, which operate under strict conditions about who can access the service. And there are very good reasons to be cautious about more permissive euthanasia laws, including the real possibility that they might be abused, particularly in respect of the very old, who are among the most vulnerable in our society.

But this is a practical problem, not an objection of principle. Shouldn’t we at least have the courage to open up a wider conversation about the rights of the very old, and the possibility that they might rationally choose to die, not because they’re in terrible pain, or are suffering from a terminal illness, but simply because they’ve had enough?

Or would that conversation force the rest of us to face the uncomfortable truth that many of us may one day be in that precise position, forced to live lives that have dragged on past the point of hope or meaning.

It’s wise to remember that the standard we walk past is the one we might one day be lumped with.

Related posts:
Tags: debate, euthanasia, Is, itself, life, of, other, side, terminal:, the, when
Personal Health
Health News