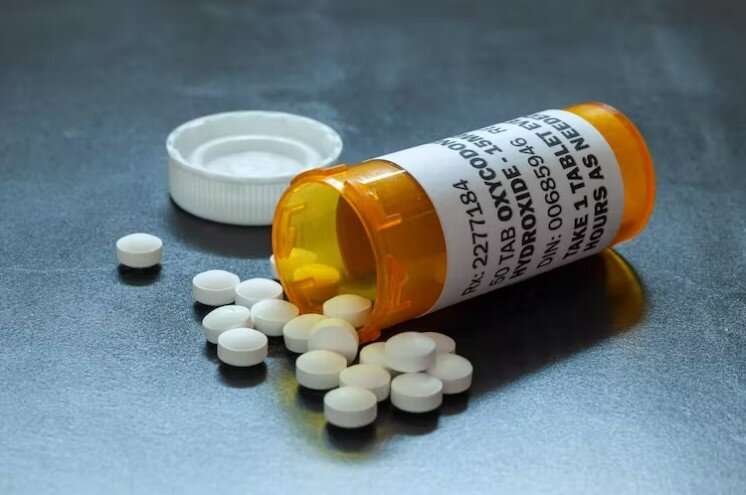 In his new autobiography, Matthew Perry reveals that his colon burst as a result of his addiction to opioid painkillers. The 53-year-old actor, who played Chandler Bing in Friends, was in a coma for two weeks following the incident and had to wear a colostomy bag for nine months.

Opioids reduce gut activity, which is why they are sometimes used to treat diarrhea. And people who take them often suffer from constipation. Over time, the body develops tolerance to many of the effects of opioids, but constipation tends not to improve—in fact, it can become more severe.

In extreme cases, the colon eventually stretches, sometimes irreversibly. And if there is something else wrong with the colon, opioids can aggravate it. The bowel can perforate—as it did in Perry’s case—but this is quite rare.

The powerful pain-killing effects of opioids have been known for thousands of years. Some people, such as Perry, become addicted to them, but most people who take them for pain do not. However, they are tricky drugs with some unexpected effects. The most dangerous of which is suppressed breathing.

People who don’t appear sedated can develop low blood-oxygen levels after their dose is increased. This may be how Tom Petty and Prince came to die from the effects of opioids.

With long-term use, the drug’s pain-relieving effects also decrease. As a result, doses are often increased. Oddly, at doses of 120mg of oral morphine a day or above, pain actually becomes worse. This is known as opioid-induced hyperalgesia. Why this happens is not well understood.

Unlike alcohol, opioids do not cause tissue damage, but they do cause a fall in testosterone (hypogonadism) in men. Hypogonadism occurs in women, too, but less commonly. The extent to which it is reversible is unclear.

Not just the body

High-dose opioids cause reversible cognitive and behavioral changes. The sedative effect of the drugs impairs people’s ability to pay attention and concentrate. Opioids can also affect abstract thinking; it becomes difficult to think around issues or to understand situations from different points of view.

The ability to experience pleasure diminishes, and people lose interest in activities. Social and family life can become more restricted or cease altogether. Although this type of behavioral change is often attributed to the underlying condition and pain rather than the stultifying effects of the medication.

This miserable prospect is not inevitable. Even when people have been on opioids for a long time, there are solutions. Low doses work better than high doses, and some people fare better on no pain medication at all. With help, doses can be slowly tapered, but this is notoriously difficult once people are on high doses.

Until now, it has been assumed that doses of opioids usually rise very slowly, which makes it difficult to realize that a problem is developing until it is too late. In a recent study, my colleagues and I looked at primary care records of all patients on high-dose opioids in a practice in Wales. None showed a long, slow increase. In every case, people reached doses greater than or equal to 120mg oral morphine a day quickly—in weeks or even days. This could happen at the beginning of treatment, but it also sometimes happened suddenly after years on much lower doses.

It seemed to be a one-way process. Having crossed the high-dose threshold, none returned to low doses.

In an earlier study we described an intervention whereby patients on high-dose opioids were rapidly changed to low-dose methadone (also an opioid). Methadone was chosen because it is eliminated from the body very slowly. It gives a steady blood level, which is helpful in minimizing the dose.

A group of 20 patients reported significant improvements in their level of activity and well-being. Although they were given the option of returning to their previous drug regimen if they wanted to, none did so. Some reported improvements in pain, or in their ability to manage it.

I would not advocate that people should avoid opioids altogether, but when modest doses fail, high doses are unlikely to work in the long run.

Provided by
The Conversation

This article is republished from The Conversation under a Creative Commons license. Read the original article.