When Monty started feeling pain in her knee, she knew something was wrong and told her primary care physician at her annual appointment. Her doctor, however, did not seem concerned. Instead of examining Monty’s knee, her doctor told her to lose weight to take the pressure off her knee and she would be fine. As her knee pain worsened, she was able to do less and less physical activity and subsequently gained more weight. The advice was always the same, just lose weight. The pain became so bad that she started having mobility issues and eventually switched to a different primary care physician who took the time to thoroughly examine her knee. Monty had torn her MCL years before. Due to lack of proper care, it healed improperly and is now something that will impact her for the rest of her life.

Liane was having issues with her eye so she did what most people do when something doesn’t feel right on their bodies, she went to the doctor. After telling him the issues she was experiencing, he told her that she was likely exaggerating, everything was fine, and the symptoms were probably in her head. This dismissive behavior led Liane to have preseptal cellulitis, facial swelling, and a trip to the ER. Finally, after seeing three other doctors, she was treated by a female doctor who listened to her. Due to the gaslighting she experienced, she still has a scar on her face that she will eventually need to get fixed with surgery.

These stories, unfortunately, are common. Women report experiencing medical gaslighting and rates are even higher for women of color. Dr. Jean Kim, a psychiatrist and Clinical Assistant Professor of Psychiatry at George Washington University defines the phenomenon as “minimizing” the patient. “It involves physicians or other medical providers making the patient feel as though their symptoms are somehow minimized or not being appropriately addressed, particularly in terms of severity or a full workup,” she tells SheKnows.

“Gaslighting is a now popular term for a form of psychological manipulation where one person treats another individual’s concerns or complaints as solely ‘in their head.’ They claim the patient’s issue is not a real or not a significant enough problem that needs to be dealt with as urgently as that individual feels.” She adds, “The person bringing up their concern then feels invalidated and ignored, while also starting to question or doubt the reality or severity of the concern they’ve noticed. In the medical setting, a patient can feel like the issue they are seeing a physician for is not being taken seriously or appropriately.” If this has happened to you, you’re not alone. The first step is being able to recognize when it’s happening.

Are you being gaslit?

Dr. Kim notes that part of the issue is that people go to physicians with the trust that the physician is a medical expert who knows more than they do about diagnosing and treating illnesses. But patients themselves know what they are experiencing in their own bodies. “A good physician is able to fully explain what everything means and why they are doing what they are doing to the patient, in such a way that the patient feels listened to and respected.” 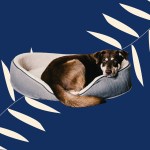 Paraphimosis in Dogs: The Strange Penis Condition You Need to Know About

“When this communication breaks down, the trust falters and leads to the worry for a patient that they are being gaslit. There are also a multitude of factors playing into the communication and trust gap, such as implicit and explicit bias, where people may bring their assumptions and prejudices to the situation and accordingly dismiss certain concerns or communicate them poorly,” she adds.

Next time you are speaking with your doctor, take note of the conversation. Did your doctor actively listen to your symptoms or concerns and ask follow-up questions or were your concerns dismissed? Were additional tests done when asked or did the physician ignore your request? If your physician is not listening and keeps ignoring your concerns, you are probably being gaslit.

How do you handle it?

Being affirmative and not taking no for an answer when you feel like something is not right with your body is important. However, going to a doctor can be scary, even if you have a great relationship with her/him. So sometimes it is hard to speak up and ask the right questions in the moment. Take a deep breath and know that you are not imagining things. “Sometimes patients feel cowered by the doctor-patient setting into not bringing up their issues when many doctors actually greatly appreciate it when patients are as forthcoming as possible about everything going on with them,” Dr. Kim says.

If even after that, they still feel their core issue is not being appropriately addressed, patients should continue to ask informed questions, schedule follow-up appointments, or see another healthcare provider. “Second opinions are totally fine. Remember, physicians are people, too. They bring their own individual sets of knowledge to the table. And a new person may better understand a particular person’s concerns relative to another,” Dr. Kim says.

How can you prevent gaslighting?

“Open and honest communication is the most important thing,” Dr. Kim says. “If you as a patient feel pressured or that your concerns were not fully addressed, it’s okay to contact providers again about what you are still worried about.” Dr. Kim calls out that there is also a strong push for physicians and other healthcare providers to undergo bias training so that they do not dismiss or jump to conclusions based on a patient’s gender, race, or social status.

One suggestion is to make sure you write down all your questions and concerns before you go to your doctor so you don’t forget them at the appointment. It can also help to bring a friend or family member to advocate for you. There are even some apps that can help you record your issues so the data is there when you need it. It can also help to get right down to brass tacks at the beginning of the appointment so your concerns and questions are stated immediately when the doctor comes in and not forgotten as the appointment progresses.

How can you protect your emotional and physical health?

Experiencing pain or other medical issues impacts more than just the body because physical health issues take a toll on people mentally and emotionally.  When your experiences are consistently dismissed by the people who are supposed to help you, it can make those mental and emotional issues worse. If you are being gaslit and are feeling helpless, know that you are not crazy, you are not alone, and your concerns are valid.

There are several practical steps you can take to protect yourself and get the help you need. First, talk to someone you trust about your situation. That could be a friend, family member, or therapist. Next, write down everything about your symptoms including a description, date, frequency, and other factors that you believe are important. People who have experienced medical gaslighting often start to question their own experiences so recording them is an important step. Finally, if none of this works and you are still being gaslit, it may be time to switch practitioners. There are some incredible doctors out there who will go the extra mile for their patients and finding one is critical to getting the treatment you deserve.