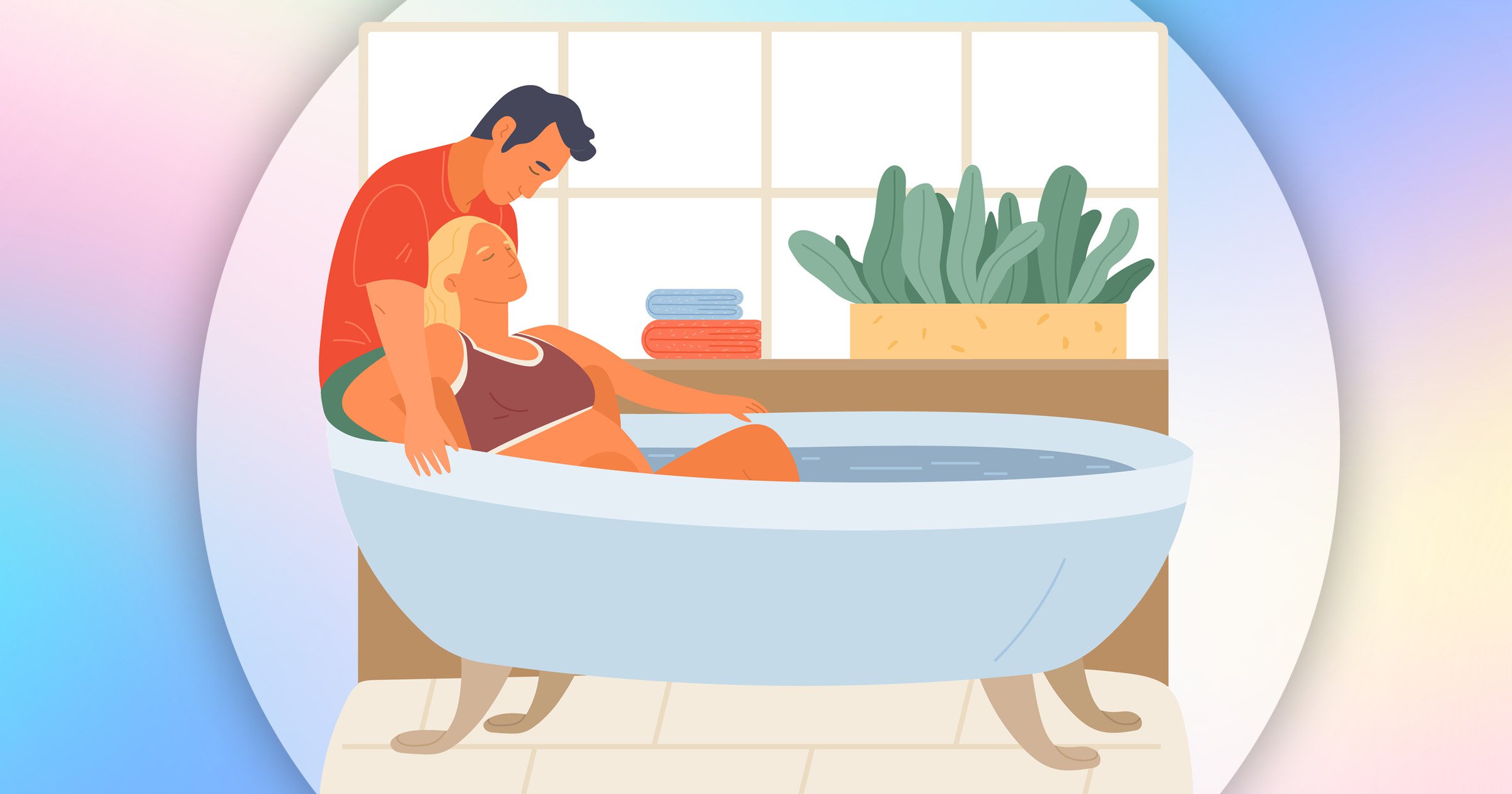 According to new research, water births provide ‘clear benefits’ for healthy mums and their newborn babies.

Published by BMJ Open, the review of previous studies found that water births ‘significantly reduced’ the use of epidurals and injected opioids.

It also reduced pain and heavy bleeding after the birth.

Water births were also found to result in fewer medical interventions and complications during and after the birth compared to standard care – as well as higher levels of satisfaction for the mum.

The mother either exits the pool for the birth, so the newborn can emerge into air to breathe, or remains in the birthing pool, bringing the baby to the surface to start breathing.

The researchers wanted to compare the extent of healthcare interventions needed during and after labour between the two different types of water birth, and to see if outcomes differed between a water birth and standard care not involving a birthing pool.

Most of the studies were carried out in obstetric units.

The studies included a range of interventions and outcomes such as induced labour, artificial breaking of waters, use of epidurals; admission to intensive care, and breastfeeding.

According to the study’s lead author, Dr Ethel Burns, of Oxford Brookes University, the pooled data analysis of the study results showed that a water birth, regardless of whether women give birth in or out of the pool, ‘has clear benefits to women’ in obstetric units – where most births take place and where healthcare interventions and complications are more likely than in midwife-led units.

‘A waterbirth was as safe as standard care for healthy mums and their newborns,’ she said.

‘Compared with standard care, a water birth significantly reduced the use of epidurals, injected opioids, episiotomy, as well as pain and heavy bleeding after the birth.’

She also says that water births ‘increased’ mothers’ satisfaction levels and the odds of an intact perineum.

There was no difference in the rate of C-sections.

‘Water immersion can significantly increase the likelihood of an intact perineum and reduce episiotomy, an intervention which offers no perineal or foetal benefit, can increase postnatal pain, anxiety, and impact negatively on a woman’s birth experience,’ she added.

The findings also show that there were more instances of umbilical cord breakage among water births.

The researchers suggested that may be linked to pulling on the umbilical cord when the newborn is brought up out of the water.

‘Water immersion provides benefits for the mother and newborn when used in the obstetric setting, making water immersion a low-tech intervention for improving quality and satisfaction with care,’ said Dr Burns.

‘It is an effective method to reduce pain in labour, without increasing risk.’