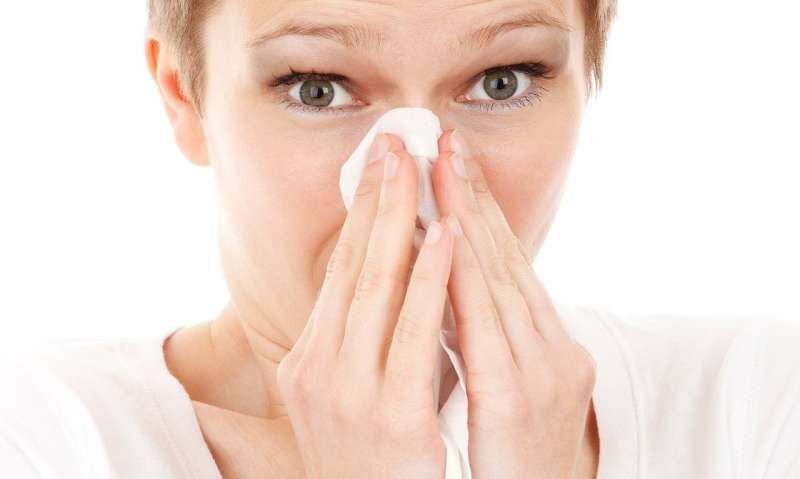 Reasons for this include people gather inside more in winter, and viruses survive better in low-humidity indoor air. But there has been less certainty about whether lower temperatures actually impair human immunity and, if so, how.

Now, a new study published Tuesday in The Journal of Allergy and Clinical Immunology details a previously unknown way that the immune system attacks viral intruders inside the nose—and finds it works better when it’s warm.

These discoveries could pave the way for an eventual treatment against the common cold and other viruses, Mansoor Amiji, a pharmaceutical sciences professor at Northeastern University, who co-led the research, told AFP.

The starting point was previous research by Amiji and colleagues in 2018, which found that nasal cells released “extracellular vesicles” (EVs)—a spray of tiny sacs that swarmed and destroyed bacteria upon inhalation.

“The best analogy that we have is a hornet’s nest,” said Amiji. Like hornets defending a nest from attack, EVs swarm, bind to, and kill invaders.

For the new research, the team set out to answer two questions: are EVs also secreted in the nose in the presence of viral infections? And, if they are, is the strength of their response linked to temperature?

To answer the first question, they used a test substance which mimics a viral infection to stimulate nasal mucosa —a thin tissue that lines the nose—that was taken from volunteers who had surgery to remove polyps.

They found it did in fact produce EVs that target viruses.

In order to tackle the second question, they divided the nasal cell samples into two groups and cultured them in a lab, subjecting one set of samples to 37 degrees Celsius, and the other to 32C.

These temperatures were chosen based on a separate test that found the temperature inside the nose falls by about 5C when outside air drops from 23C to 4C.

Under regular body heat conditions, the EVs were successfully able to fight off viruses, by presenting them with “decoy” targets that they latch on to instead of the receptors they would otherwise target on cells.

But under the reduced temperatures, fewer EVs were produced, and those that were made packed less punch against the invaders tested: two rhinoviruses and a non-COVID coronavirus, which are typically found in winter cold season.

“There’s never been a convincing reason why you have this very clear increase in viral infectivity in the cold months,” said co-author Benjamin Bleier, a surgeon at Harvard Medical School and Massachusetts Eye and Ear, in a statement.

“This is the first quantitative and biologically plausible explanation that has been developed.”

One of the most exciting aspects of the work is the potential to rev up the body’s natural production of virus-targeting EVs in order to fight or even fend off the cold—or even the flu and COVID, said Amiji.

“That’s an area of great interest for us and we certainly continue to pursue that,” he said.