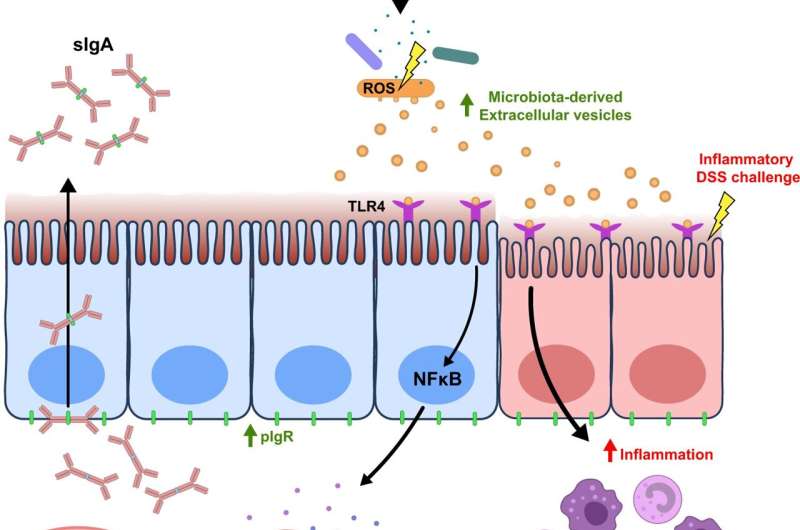 A preclinical study from the University of Sydney has found a high-protein diet can change the microbiota of the gut, triggering an immune response. Researchers say the study takes us a step closer to understanding the way diet impacts gut health and immunity.

“The focus of our work is on how the gut microbiota—the trillions of bacteria that inhabit the gut—affects the immune system,” said Associate Professor Laurence Macia from the University’s Charles Perkins Center and Faculty of Medicine and Health.

“Our ultimate aim is to understand how we can manipulate the bacteria to optimize health, and we know that one of the easiest ways to change the microbiota is to change the diet.”

Traditionally, however, scientists have focused on the role of dietary fiber in maintaining a healthy gut.

In this first-of-its-kind study, published in Nature Communications, the team from the Charles Perkins Center used sophisticated modeling to explore the impact of 10 diets with a different makeup of macronutrients—protein, fats and carbohydrate in mice.

They discovered that a high-protein diet changed the composition and activity of the gut microbiota.

Mice fed a high protein diet increased their production of bacterial extracellular vesicles, complex cargo containing bacterial information such as DNA and protein. The body subsequently viewed this activity as a threat and triggered a sequence of events where immune cells traveled into the gut wall.

“Here we found protein had a huge impact on the gut microbiota and it was not so much about the type of bacteria that were there, but the type of activity. In essence, we discovered a new way of communication between the gut bacteria and the host which was mediated by protein,” said Associate Professor Macia.

While it is too early to say if this research might translate in humans, the researchers say activation of the immune system can prove either good or bad news.

“By increasing antibodies in the gut you may see strong protection against potential pathogens, for example salmonella, but on the downside, an activated immune system could mean you are at increased risk of colitis, an inflammatory bowel disease, or autoimmune conditions like Crohn’s,” said lead author and post-doctoral researcher Jian Tan.

The results appear consistent with the population impacts of modern-day diets, with the Western world seeing lower rates of gastrointestinal infection but higher rates of chronic disease.

This advancement in knowledge was made possible by the merging of academic disciplines for which the Charles Perkins Center has become well known.

The study utilized the geometric framework for nutrition developed by Professor Stephen Simpson and Professor David Raubenheimer, arising from the study of ecology.

“The ‘nutritional geometry’ framework enables us to plot foods, meals, diets and dietary patterns together based on their nutrient composition, and this helps researchers to observe otherwise overlooked patterns in the links between certain diets, health and disease,” said Professor Simpson, Academic Director of the Charles Perkins Center.