The first step in controlling type 2 diabetes and blood sugar levels is to cut down on the amount of sugar consumed. Most people are aware of foods which are high in sugar, but some drinks which may appear healthy can also contain a lot of the sweet stuff. Health experts advise everyone, whether you have diabetes or not, to drink lots of water and limit soft drink consumption in order to reduce sugar intake. But studies have shown an unusual juice, popular in Asia, may have the ability to lower blood sugar levels. This drink is aloe vera juice.

These positive effects are thought to be due to the presence of compounds such as lectins, mannans and anthraquinones

In addition, aloe has been linked with decreased blood lipids in patients with abnormally high levels of these molecules, such as some people with type 2 diabetes.

It has also been linked with decreased swelling and faster healing of wound injuries.

This is beneficial for people with type 2 diabetes, as leg wounds and ulcers are common complications of diabetes and typically take longer to heal than in non-diabetic people.

“These positive effects are thought to be due to the presence of compounds such as lectins, mannans and anthraquinones,” said Diabetes.co.uk. 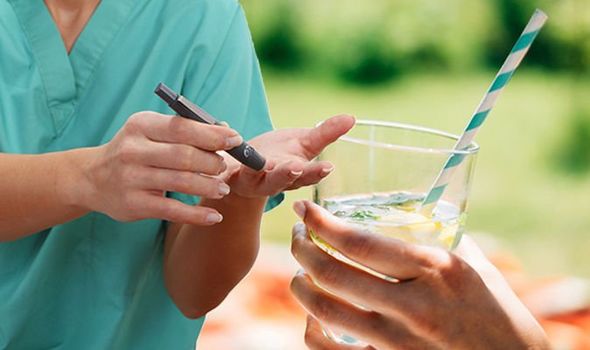 Aloe vera is a bitter liquid which comes from the aloe vera plant.

It has been used in herbal medicine for thousands of years due to its soothing and calming properties.

The liquid comes from a clear gel found in the leaves of the aloe vera plant, which is widely used in creams, lotions, shampoos and ointments.

Aloe vera is commonly promoted for use on sunburnt skin, as well as in dental products like toothpaste and mouthwash.

It is also used in juice drinks, and can be taken in tablet and capsule form. 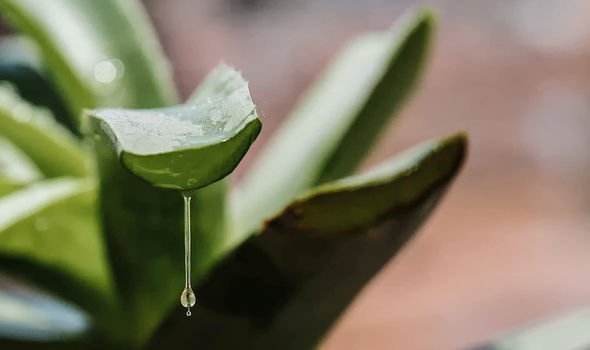 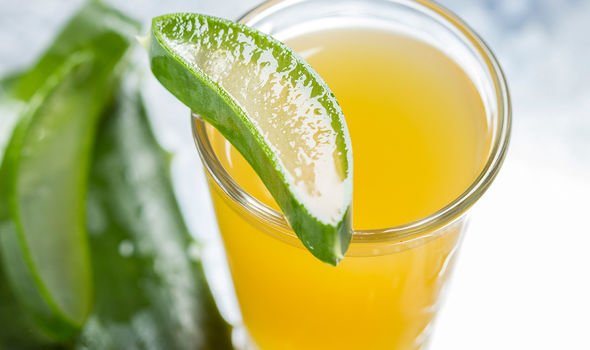 Type 2 diabetes is a serious condition as, if left untreated, it can lead to problems with the heart, eyes, nerves, kidneys and feet.

As well as cutting down on sugar, other dietary changes people with the condition are advised to make include limiting intake of foods high in fat and calories.

This is because over-consumption of fatty foods can lead to other health problems, which people with diabetes are more susceptible to.

Foods high in fat and calories also lead to weight gain, and being overweight increases the risk of diabetes-associated complications.

Other lifestyle changes people with type 2 diabetes are recommended to make include exercising more and drinking less alcohol.

Diabetes is a lifelong condition that causes a person’s blood sugar level to become too high.

There are two main types – type 1, when the body’s immune system attacks and destroys the insulin producing cells, and type 2, when the body does not produce enough insulin, or the body’s cells don’t react to insulin.

Type 2 is more common that type 1, with 90 per cent of all diabetics in the UK having type 2.

Going to the toilet a lot more than usual, especially at night, is a common sign of diabetes.

Urinating frequently is also a sign of other medical issues, such as prostate problems, so be sure to visit your GP to have diabetes confirmed.

Excessive thirst, otherwise known as polydipsia, is a classic sign of diabetes. It is linked to frequent urination.

As excess glucose builds up in the blood, the kidneys are forced to work extra hard to filter and absorb the excess sugar, and if they can’t keep up, the excess sugar is excreted in to urine, taking along fluids from body tissue.

This triggers more urination, which may leave diabetics dehydrated.

High levels of blood sugar can cause the lens inside the eye to swell, which can result in blurred eyesight.

If you aren’t trying to lose weight, and you notice a loss of muscle bulk or the numbers on the scales drop, this could be a sign of diabetes.

This happens because insufficient insulin prevents the body from getting glucose from the blood to the cells to use as energy.

The body will then start burning fat and muscle for energy, causing weight loss.