An Oklahoma state senator has introduced a shocking bill that would ban gender-affirming healthcare for anyone under the age of 26. Yes, you read that correctly: It would affect actual, autonomous adults.

As PinkNews reported, the proposal in question, Oklahoma SB129, was introduced earlier this week by Republican lawmaker David Bullard. It aims to prevent doctors from providing “gender transition procedures” to patients within that age range by making it a felony offense. By criminalizing this care, SB129 would ban swaths of transgender and nonbinary Oklahomans from accessing it — including all of Gen Z, who are said to compromise a significant proportion of trans people in the United States.

Beyond the sheer absurdity of preventing adults from making informed healthcare decisions, this bill flies in the face of official recommendations from all major U.S. medical associations, which recognize the safety, validity, and importance of gender-affirming healthcare.

This is true for trans minors, too. In fact, a JAMA study published last February found that access to gender-affirming healthcare significantly reduced the risk of depression, self-harm, or suicidal thoughts among trans youth.

Since Oklahoma SB129 encompasses trans youth and adults, many trans activists and legal advocates are calling it the worst bill of its kind to date.

“This won’t stop until they ban transition entirely,” wrote journalist and activist Alejandra Caraballo on Twitter. “They’ll just keep increasing the age. It was never about children.” 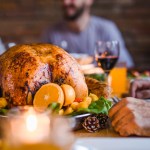 This Woman's Family Is Requiring Her to Detransition to Attend Thanksgiving Dinner, & Reddit Is Begging Her to Stay True to Herself

Sadly, this is not the only anti-trans bill introduced recently. 2022 saw a surge in state-level legislative attacks on trans rights, with the bulk of bills and laws targeting trans kids’ access to gender-affirming healthcare, school sports, or facilities that align with their gender identity. These bills are usually introduced under the guise of “protecting” young women and girls despite a lack evidence to support that argument, and ample evidence of how they harm trans youth.

2023 is on track to be similarly rough for trans equality. State lawmakers in Missouri have also introduced three new anti-trans bills… and it’s only January 6.

According to the Williams Institute, UCLA’s LGBTQ+ policy think-tank, there are approximately 1.6 million transgender people living in the U.S. That includes 1.3 million adults and 300,000 youth.

Make your mental health a priority in 2023 with these calming apps we swear by: