They promise to be better than your go-to treatments, but are they really worth the cost of a medicine cabinet upgrade, CAROLINE JONES asks

Healthcare is constantly evolving — but while many breakthroughs are an improvement, sometimes the older version of a treatment has the advantage. CAROLINE JONES asked experts to assess which are worth the upgrade. All are available from High Street pharmacies or online.

HOW THEY WORK: Ibuprofen blocks the production of prostaglandins, substances the body releases in response to injury, which cause pain and inflammation. It is effective but can irritate the stomach lining — at worst, causing ulcers or bleeding if used regularly for long periods of time. 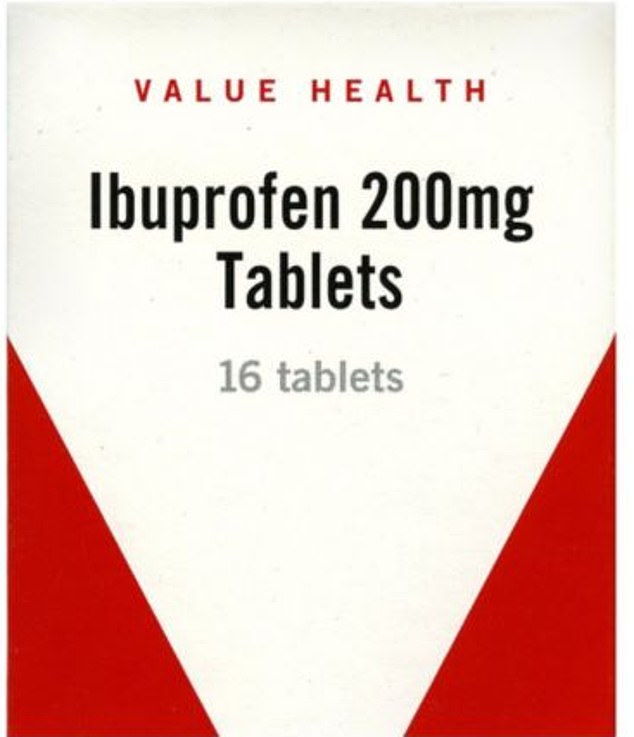 Ibuprofen blocks the production of prostaglandins, substances the body releases in response to injury, which cause pain and inflammation (file image)

Last year, Flarin, a form of ibuprofen with a special ‘lipid’ coating, was released to reduce the risk of stomach problems. The maker claims the coating stops the drug coming into contact with the lining of the digestive tract, thereby stopping irritation.

EXPERT VERDICT: Dr Nisa Aslam, a GP in Tower Hamlets, London, says: ‘A 2017 study in the journal Osteoarthritis and Cartilage found Flarin was neither inferior nor superior to standard ibuprofen in terms of effectiveness. No major differences were seen in the gastrointestinal symptoms either.

‘Paying £9.95 for 30 ibuprofen tablets is too much for no proven benefit. Patients should buy the cheaper generic ibuprofen available over the counter and see their GP if they are worried about side-effects.’ 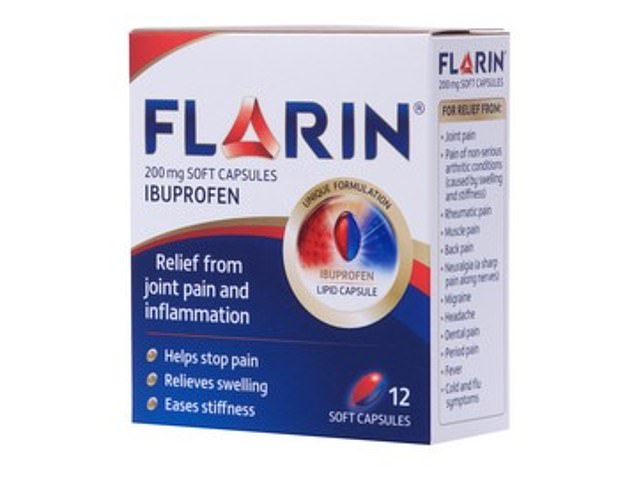 Last year, Flarin, a form of ibuprofen with a special ‘lipid’ coating, was released to reduce the risk of stomach problems (file image) 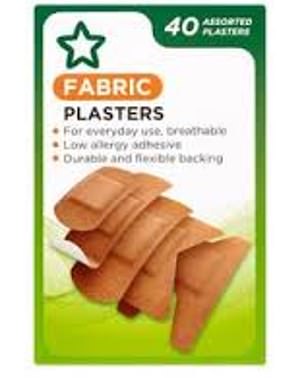 HOW THEY WORK: Plasters form a protective barrier over open cuts and wounds to prevent infection. A traditional plaster consists of a sticky fabric strip with a small absorbent dressing. Spray-on plasters come in an aerosol can.

You spray the liquid, which contains a mixture of alcohol and a type of flexible plastic called a copolymer, directly onto a cut, and when it comes into contact with the skin and warms up, it transforms into a film over the wound. This then dissolves after a few days.

EXPERT VERDICT: ‘For large open wounds, a fabric dressing is your best bet, as it will apply more pressure to stem any bleeding,’ says Dr Aslam. ‘However, the new spray-on plasters win overall, particularly for smaller cuts, because they are more waterproof and provide a better barrier against bacteria that may cause infection.

‘The spray-on plaster is also better for areas that are difficult to cover with traditional plasters, such as elbows or fingers.’

HOW THEY WORK: Salicylic acid-based creams have been the treatment of choice for warts for decades. Bazuka Gel is one of these and, applied nightly, it peels away the skin layer until the wart comes off. Recently, home kits with liquid nitrogen sprays such as Bazuka Sub-Zero have become available.

You apply it on a wart for 20 seconds. It is thought the extreme cold (around -40c) burns the skin, causing the wart and surrounding skin to die. The wart should fall off over the next ten days.

EXPERT VERDICT: ‘Unless they are causing pain, warts — skin growths that look like solid blisters — don’t need to be treated,’ says Dr Philippa Kaye, a GP in Barnet, North London, ‘as in most cases the immune system will destroy them so they eventually go away. 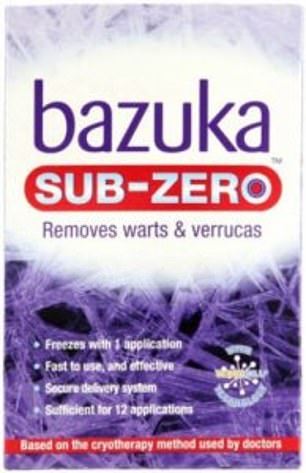 ‘If you do want to remove them, salicylic acid gels are best as they are safe and effective. A 2011 study in The BMJ compared salicylic acid and cryotherapy [cold therapy done in a doctor’s clinic] and showed no significant difference in their effectiveness. But I have concerns that over-the-counter cold sprays may not freeze deep enough into the skin to be effective — and may be painful. Also, in non-professional hands the cold therapy could damage healthy skin.’

HOW THEY WORK: Gargling with soluble aspirin is an age-old remedy for sore throats and is thought to work because the drug has a numbing effect. Ultra chloraseptic contains the local anaesthetic benzocaine, which can be sprayed directly onto the throat.

EXPERT VERDICT: ‘Anaesthetic sprays can provide temporary relief, but they are pricey and don’t target the cause of sore throats, which is usually inflammation following a viral infection,’ says Dr Aslam. ‘Aspirin gargles work because, as well as the numbing effect, they reduce inflammation.

‘I would advise patients (but not the under 16s) to gargle aspirin for a persistent sore throat. Dissolve one soluble 300mg aspirin into a small glass of water and gargle for three minutes, then spit out. Repeat four times a day.’ 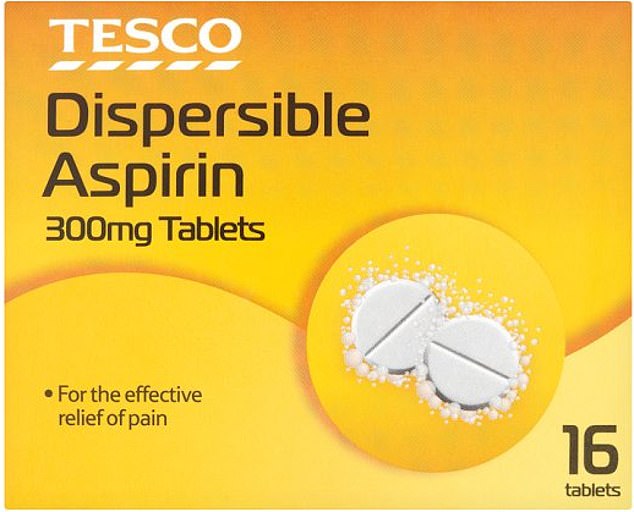 HOW THEY WORK: Calamine lotion is made by combining the mineral calamine (a blend of zinc oxide and iron oxide) with water. When applied, it cools the skin, which helps distract you from the itch. PoxClin cool mousse contains aloe vera, thought to have skin-soothing effects, and claims to form a barrier over skin sores to prevent infection. 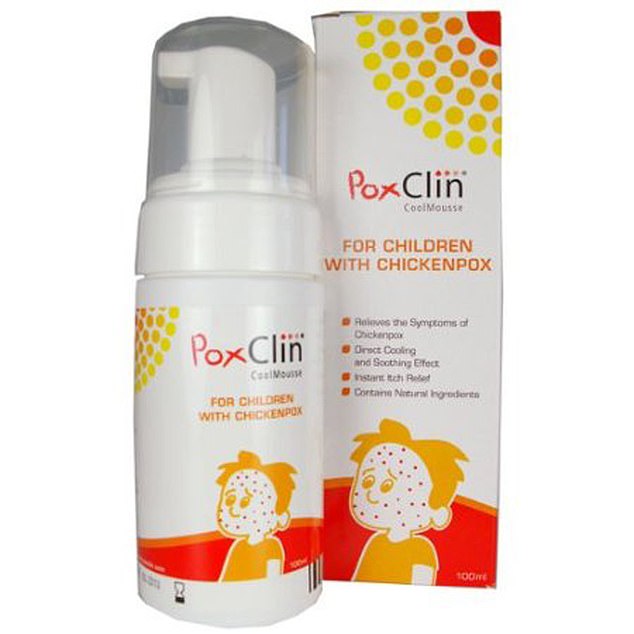 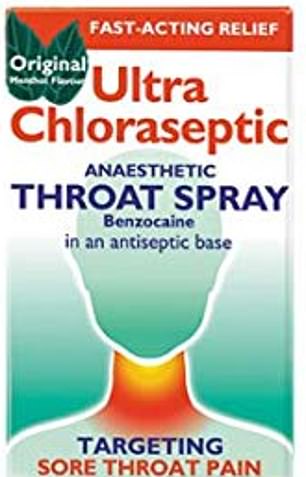 Anaesthetic sprays can provide temporary relief, but they are pricey and don’t target the cause of sore throats (file image)

EXPERT VERDICT: Dr Aslam says: ‘There is evidence that calamine lotion can be briefly soothing, but many children hate it and complain that it feels too cold. It is also messy, can cause stinging on open sores and is drying on the skin.

‘Instead, I recommend PoxClin cool mousse. The aloe vera has been shown to soothe itchy, irritated skin, and the anti-bacterial element may prevent the rash getting infected.

‘Also, it provides more rapid relief without stinging, doesn’t dry out the skin and is mess-free.’

HOW THEY WORK: Antihistamines block a chemical called histamine — the substance released as part of an allergic response, which causes itchy eyes and sneezing. Traditional medicines such as the chlorphenamine found in Piriton can cause drowsiness and need to be taken up to four times a day. Newer drugs such as the cetirizine hydrochloride found in Piriteze are less sedating and are taken once a day.

EXPERT VERDICT: ‘Newer antihistamines, including cetirizine hydrochloride, can be taken once daily as they work by stopping mast cell activity [those involved in the body’s reaction to an allergy trigger], while the older drugs only prevent further reactions,’ says Sultan Dajani, a pharmacist in Eastleigh, Hants. ‘They don’t cause drowsiness as they don’t reach the receptors in the brain where they would otherwise trigger this side-effect.

‘But this mechanism makes the newer antihistamines less effective at reducing allergy symptoms. I find patients with severe allergies prefer to get better relief by taking the older tablets more often, and will put up with any drowsiness.’ 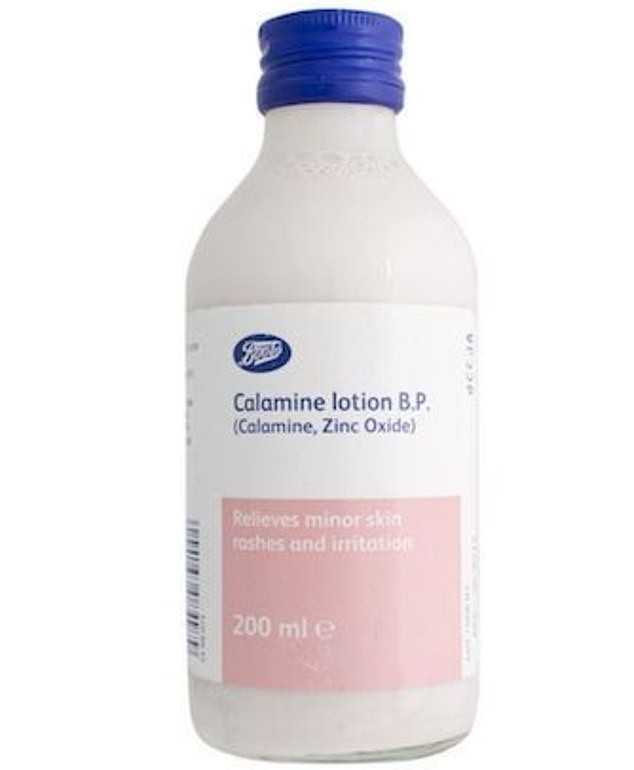 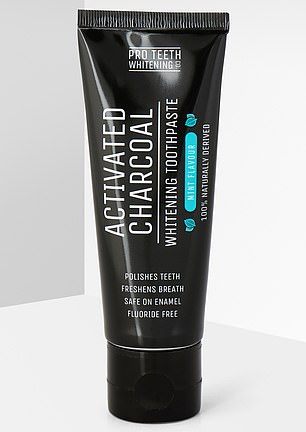 HOW THEY WORK: The NHS recommends using a toothpaste that contains fluoride to remove plaque and fight cavities. Newer toothpastes contain charcoal — claimed to remove stains and whiten your teeth — but no fluoride.

EXPERT VERDICT: Dr Bill Schaeffer, a dental surgeon in Hove, East Sussex, says: ‘Don’t waste your money buying a toothpaste that contains charcoal. Using an old-fashioned, cheap toothpaste with fluoride is the single best way to strengthen the enamel on your teeth, making them less susceptible to decay.’

Related posts:
Tags: Are, Be, Better, But, go-to, promise, Than, they, to, treatments, Your
Personal Health
Health News