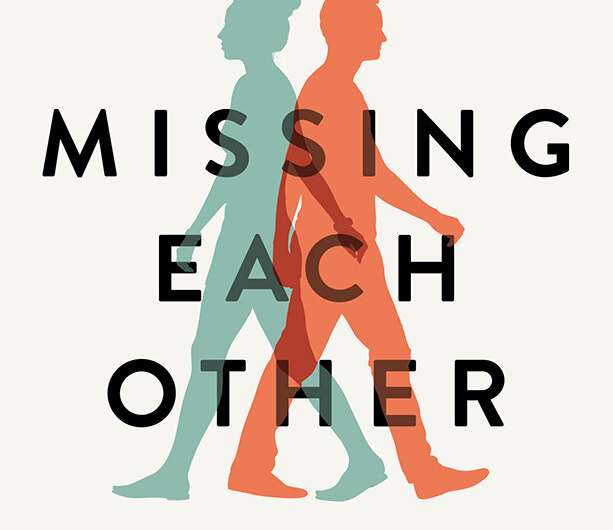 For the past year, staying physically apart from others was crucial to keeping everyone safe in the face of a brand new, deadly virus. Though necessary, the social distancing also amplified an already troubling fact: Rates of loneliness have been rising for the past several decades in the United States.

“Even before the pandemic, the increase in loneliness has been striking,” says Edward Brodkin, a psychiatrist in Penn’s Perelman School of Medicine. “And then along comes the pandemic, which of course separated us even more.”

That separation made everyday communication and interaction challenging, says Ashley Pallathra, a clinical psychology doctoral candidate at The Catholic University of America and a former member of Brodkin’s lab. “In person, wearing masks covers our ability to communicate through facial expressions,” she says. “And from the quarantining and isolation, people started to feel the loss of intimate, close relationships but also the loss of people on the commute to work or in the local coffee shop.”

In their new book, “Missing Each Other: How to Cultivate Meaningful Connections,” Brodkin and Pallathra explore the science of attunement, the process necessary for relationships to move beyond the surface level to deeper and sometimes more emotional connections.

Broadly speaking, attunement describes an awareness that’s both internal and external facing, of one’s own state of mind and body and that of another person. Attunement involves an ability to get in sync with others, to engage with them effectively, not just in a single moment but over an interaction’s twists and turns.

It shows up in many aspects of life beyond personal relationships, for example, in team sports or music ensembles. “Although it’s obviously most important in close relationships, it can also be helpful in our day-to-day interactions,” Brodkin says. “We could communicate better so we’re not talking past each other.”

To elucidate this intricate process of connection, Brodkin and Pallathra propose a framework for understanding attunement, which they argue consists of four components: relaxed awareness, listening, understanding, and mutual responsiveness. They offer exercises for readers to develop each skill.

The idea for the book grew out of work from Brodkin’s lab, which focuses on autism, social neuroscience, and how the brain functions in social interactions. He and Pallathra were collaborating on a project aimed at supporting adults on the autism spectrum in their social functioning. The further into it they got, the more they realized they wanted their project to go beyond traditional social skills.

“That type of program often includes suggested social scripts and rules, which can be useful sometimes, but they are also limited,” Brodkin says. “It dawned on us that we were really trying to teach attunement. Then we thought, maybe this program is not only useful for adults on the autism spectrum. Maybe it could be helpful for any of us. It’s a difficult skill but one that, if you understand and develop it, can have a huge payoff.”

“Missing Each Other” lays out the four components of attunement sequentially, with each one building on the last:

“This means being aware of yourself as well as your environment, being aware of how you feel, your emotions, your reactions, but also aware of what’s going on around you, of the conversation you’re having, of the message another person is trying to communicate, all while staying fairly relaxed,” Pallathra says. She describes it as a type of mindfulness involving awareness and emotional self-regulation, rather than a focus on emptying the mind.

This second step isn’t just about hearing the words another person is saying, but broader, taking in all social cues from the pacing and tone of speech to body language and facial expression. It’s about paying attention and synchrony—the subconscious mirroring that takes place in a conversation, like when one person nods or crosses his legs after the other does. It’s also about resonating with the other person emotionally, in other words, having emotional empathy.

“This entails understanding another person’s perspective but also your own,” Pallathra says. “There are a lot of pitfalls to understanding, things that get in the way like your biases and assumptions, your reactivity. Being able to recognize those will help create a balance between regulating yourself and staying open to the other person.”

This is the natural back and forth of a lively and fulfilling conversation or interaction. Partners meet in the middle, responding to each other’s moods. “It’s paradoxical to think of meeting the other person where they are as a way of being powerful and getting your message across,” Brodkin says. “But if you cultivate this art of being open to the other person, listening, understanding, and initiating a connection where the other person is mentally and emotionally, you’re in a better position to communicate what you want to communicate, too.”

Brodkin and Pallathra offer a set of exercises that may help enhance each skill. For instance, stretches to release physical tension and mindfulness of posture and breath can help develop relaxed awareness. For listening, they suggest motor synchrony exercises based on tai chi or a simple how-was-your-day conversation.

“Ask someone to tell you about their day,” Brodkin explains. “Then for three to five minutes, really try to listen. Give the other person an opportunity to talk. Focus on what she’s communicating and occasionally check back with yourself. Take a breath to regulate yourself and then refocus on the other person. Practice regularly and you can develop this capacity, much like you develop your biceps at the gym.”

Related posts:
Tags: a, amidst, connections, deeper, Even, pandemic:, path, the, to
Personal Health
Health News