A bandage made from bark could transform the treatment of wounds. The soft dressing contains tiny fibres extracted from birch trees grown in Finland which are strong enough to provide a ‘scaffold’ on to which healthy new skin cells can grow.

They are also super-absorbent so can mop up moisture from a wound that might otherwise allow bacteria to grow, leading to an infection.

Called FibDex, the tree-based bandage is the first of its kind to be approved for use in the UK. Research shows just one plaster is enough to help difficult wounds heal, whereas most dressings have to be changed every few days. The wood fibres also produced less scarring and greater skin elasticity — a sign of better healing — than some conventional dressings. 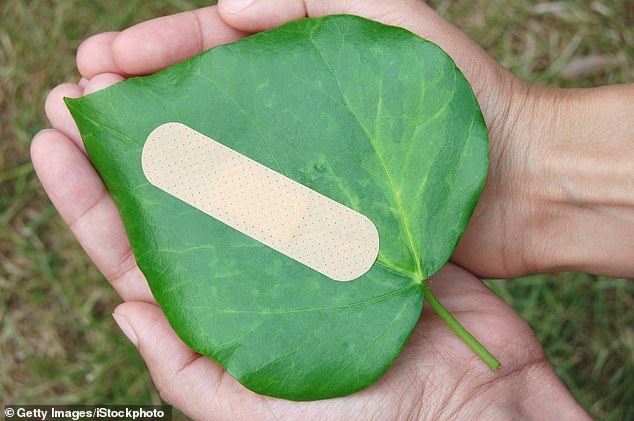 The NHS spends £5 billion a year on wound care — typically wounds occur on the foot or lower leg, as a result of circulation problems arising from diabetes. Starved of the oxygen they need to heal, these ulcers can form deep, open wounds that can take years to heal.

In their search for new ways to improve the healing process, scientists have turned their attention to wood — partly because it’s biocompatible, which means it does not cause the body’s immune system to react.

It is also a rich source of cellulose, a fibrous material used for decades in the production of clothing, paper, plastics and even explosives — the benefit for treating wounds is its absorbency.

The FibDex bandage is made from nanofibrillar cellulose — tiny strands of fibre, each smaller than a human hair — extracted from silver birch trees.

Birch tree extract has been used for centuries as a remedy for wounds. It also releases a chemical, called betulin, which stimulates the growth of healthy new skin cells to repair damage. So far the bandage, developed by researchers from Helsinki University and surgeons from Helsinki Burn Centre, has been tested on burns patients who needed major skin grafts. First a large patch of the patient’s healthy skin — at least 6in (15cm) by 2in (5cm) — was removed from another part of the body and grafted on to the burned area.

This leaves a sizeable wound where the skin has been taken from — normally this is covered in a dressing that needs changing every few days. 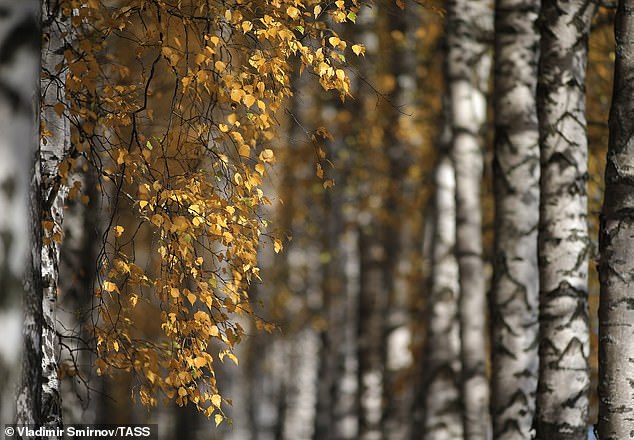 Birch tree extract has been used for centuries as a remedy for wounds. It also releases a chemical, called betulin, which stimulates the growth of healthy new skin cells to repair damage (stock image)

The results of a trial earlier this year involving 24 burns victims, published in Advances In Wound Care, showed the tree-based bandage healed the removal sites in two-and-a-half weeks, roughly the same as conventional dressings. But it also resulted in less scarring, a thicker layer of new skin — typically new skin that grows on a graft site is often thin and fragile — and less ‘tightness’ in the area, a common problem with large wounds after healing.

Only one bandage was needed, compared to several of the traditional ones, as the wood-fibre dressing is able to hold much greater volumes of moisture without becoming wet itself.

Professor Ash Mosahebi, a specialist in plastic surgery at the Royal Free Hospital London, said the wood bandage sounded promising but added: ‘We need more data, especially for whether — as the manufacturer suggests — just one bandage really lasts the duration of the healing process.’

Those using the bark had a 51 per cent improvement in their pain compared with 19 per cent in the control group — 84 per cent of the control group needed painkillers while only 37 per cent of the pine bark group did. It’s thought the extract has an anti-inflammatory effect. The pine bark group had lower levels of inflammatory markers in their blood, reports the Minerva Endocrinologica journal.

Taking statins to lower cholesterol could reduce the risk of dementia by up to 60 per cent, according to research in the journal Medicine. The 12-year study, based on 100,000 people, found that those on statins had a five per cent lower risk than those not on them, and the larger the daily dose, the lower the risk.

Sleep loss can lead to weight gain as it increases our taste for sweet foods, reports a study in the journal Nutrients.

Researchers measured the taste for sugar in 40 men and women after a normal night’s sleep, and after sleep had been cut by 33 per cent. 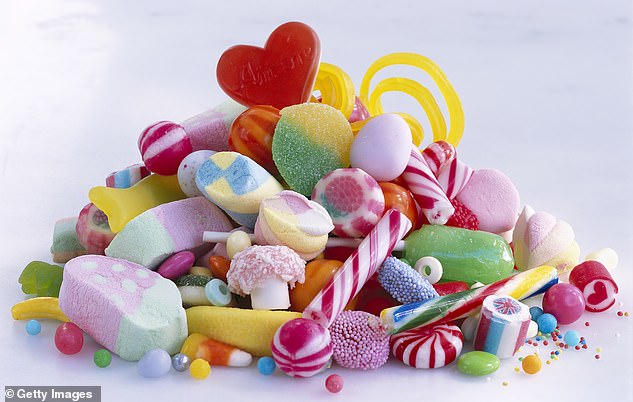 Results of the study at Michigan State University show that the taste for sugar was much higher after sleep had been cut short.

This lack of sleep is thought to have an effect on the brain chemical dopamine which is involved in the reward system, and in cravings and addiction. 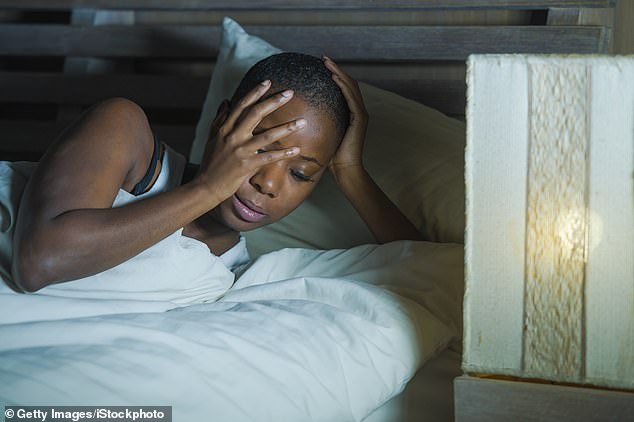 Lack of sleep is thought to have an effect on the brain chemical dopamine which is involved in the reward system, and in cravings and addiction (stock image)

How healthy gums can lead to healthier skin

Regular visits to the dentist may keep psoriasis at bay, dermatologists at Ohio State University suggest.

Patients who ate fruit at least once a day were found to have milder symptoms of the inflammatory skin condition than patients who did not, their research indicates.

However, poor gum health was linked to more severe symptoms of psoriasis. 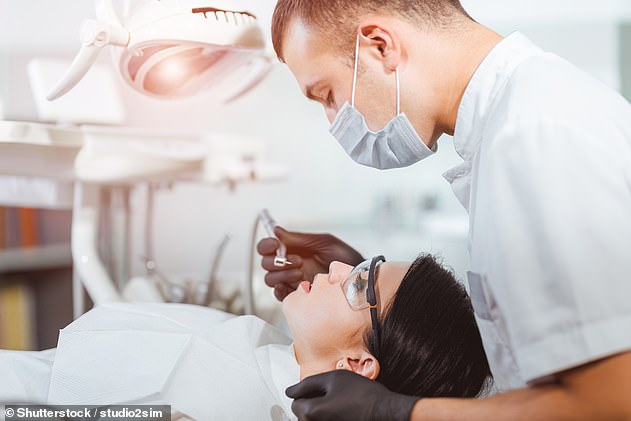 The results, say the researchers, are thought to be related to levels of inflammation in the body.

Fruit is associated with lower levels, while gum disease increases them.

Dermatologists should urge psoriasis patients to improve their diet and oral health, the researchers wrote in the Dermatology Online Journal.

Cancer survivors face a greater risk of heart problems than those who have never had cancer.

A study conducted by the London School of Hygiene & Tropical Medicine found that people who had survived blood, oesophagus, lung, kidney and ovarian cancers were one-and-a-half times more likely to develop heart failure and heart muscle damage compared with those who have always been cancer-free.

The study was based on more than 630,000 UK medical records — 100,000 were the records of cancer survivors. The researchers suggest that the connection could be a side-effect of chemotherapy treatment, which damages healthy as well as cancerous cells, although more research is needed.

Used to treat angina, glyceryl trinitrate, or GTN, is made of nitroglycerin — the explosive in dynamite. Taken in tiny amounts as a nasal spray, in a tablet that dissolves under the tongue or in a patch, it widens the blood vessels to the heart. This improves blood flow and eases the chest pain and tightness of angina.

The explosive’s medicinal qualities were noticed by chance when the Italian chemist who discovered nitroglycerin experienced violent headaches. This was later attributed to the chemical making the blood vessels relax and by the mid-1870s, it was being used to treat angina.

Albert Nobel, the inventor of dynamite, was prescribed the chemical more than 100 years ago for his angina and nitroglycerin it is still a staple of treatment today — albeit under a different name.

Feminine hygiene products may do more harm than good. A 2018 study in BMC Women’s Health found women who used ‘intimate’ gel sanitisers were 20 times more likely to have a bacterial infection than those who did not. The products may prevent growth of healthy bacteria needed to fight infections.

SECRETS OF AN A-LIST BODY 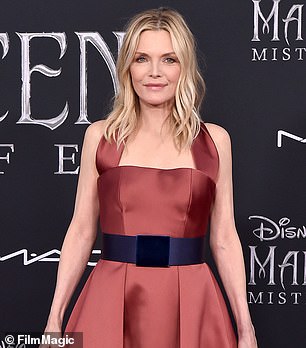 Michelle Pfeiffer, 61, wore a belt that accentuated her tiny waist to the premiere of Maleficent: Mistress Of Evil

Michelle, 61, wore a belt that accentuated her tiny waist to the premiere of her latest movie, Maleficent: Mistress Of Evil. She swears by a vegan diet and running six miles a day. She does flexibility exercises.

WHAT TO TRY: The leg-lowering crunch targets muscles around your middle. Lie on your back and raise your legs. Bend your knees so calf muscles are at right angles to the floor.

Then raise your arms so that they point towards the ceiling. Extend your left leg, then return to the start position.

Repeat with right leg. Do 12 reps on each side.