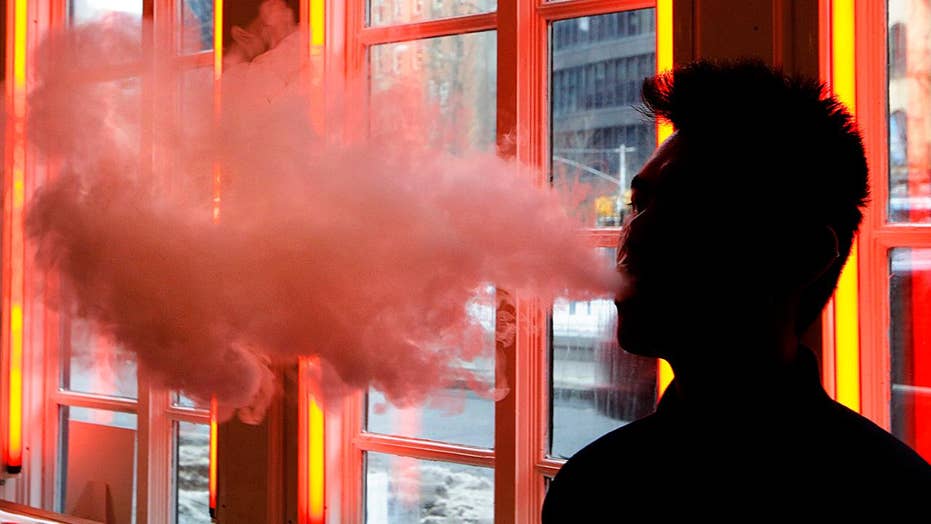 CDC warns about potential dangers of vaping after deaths, illnesses

Dr. Ernest Patti speaks out on the mystery behind the chemicals being used in vaping.

A Texas mom of three was candid when detailing her experience with vaping — and how the habit nearly claimed her life.

“Some may or may not agree, and that's okay, but [I’m] ashamed to say I was a [vaper], that I voluntarily inhaled vapor into my lungs daily for about three years or so,” Sherie Canada, of Abilene, wrote in a Sept. 6 Facebook post, noting she “wasn’t even a smoker before.”

At first, Canada said, she liked the taste. The devices come in various flavors, such as mint, menthol and fruity varieties. The taste is appealing, especially to teens — prompting states such as New York and Michigan to ban flavored e-cigarettes in an effort to curb underage vaping. The Trump administration, too, has proposed a ban on all non-tobacco flavored e-cigarette products.

The next thing she knew, the woman wrote, she was addicted to nicotine.

“It wasn’t until a few months before I got sick that I started noticing more weight loss, a bad cough and chest pains, along with it getting harder to breathe or just [becoming] short of breath faster,” she continued. 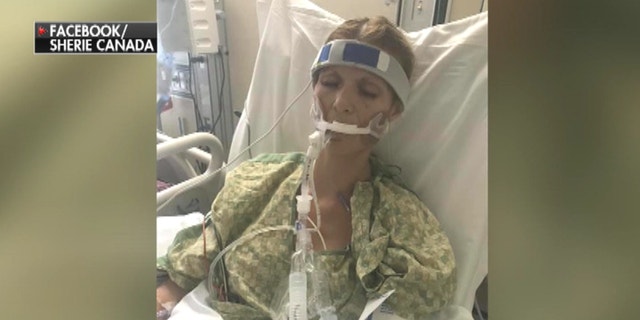 In some 380 cases of vaping-linked lung illnesses across 36 states that federal health officials are investigating, nearly all of the patients have reported similar symptoms: shortness of breath, fatigue, chest pain, diarrhea, and vomiting.

By June 9, Canada said, she was "very sick with flu-like symptoms.”

“I couldn’t hold any fluids down," she wrote. "I took everything you could imagine over the counter, tried drinking fluids but couldn’t keep them down, I was severely dehydrated."

A few days later, on June 12, Canada was rushed to the emergency room, suffering from low blood pressure and low oxygen levels. Doctors also found fluid and blood clots in her lungs.

“I couldn’t take it any longer and the pain was horrible,” she recalled. 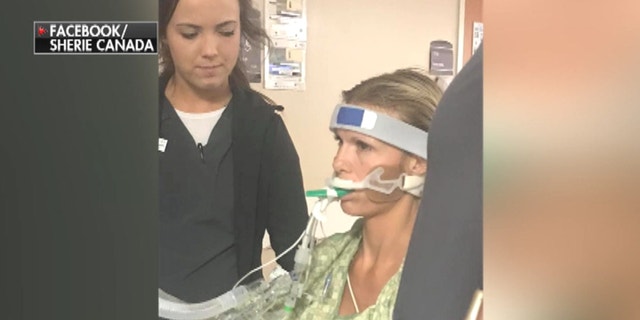 By June 18, the doctors treating her decided to place Canada in a medically-induced coma, Canada said.

“I was in and out from the pain meds but I knew the day had come that I needed to go to sleep and rest,” she wrote.  “I was absolutely terrified that I was never going to wake back up and see my boys, family, or friends again! I remember leaning over to my mom telling her just how tired I was of fighting and just couldn’t fight [any]more.”

“All my family and friends [were] telling me to keep fighting [and] that I was strong and I could do it,” she added.

Two days later, Canada woke up as a “whole new woman with a whole new perspective [on] life,” she wrote. 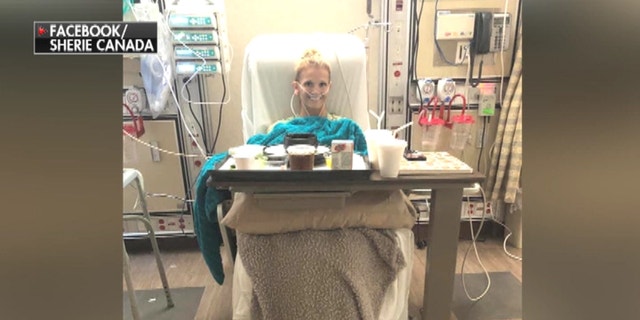 The mom of three said she was released from the hospital nearly a month later. (Sherie Canada/Facebook/Fox4)

While she was in a coma, doctors removed four liters of fluid from Canada’s lungs, she said. She also required a ventilator after she woke, leaving her unable to speak for a few days.

“I could only write things down on a pad to communicate my needs,” she said.

In a YouTube testimonial, Canada claims she was diagnosed with acute respiratory distress syndrome (ARDS). The condition, according to the Mayo Clinic, “occurs when fluid builds up in the tiny, elastic air sacs (alveoli) in your lungs.”

The fluid in the lungs prevents them from filling with enough air, ultimately depriving oxygen to the bloodstream and to other organs.

“Many people who develop ARDS don't survive. The risk of death increases with age and severity of illness. Of the people who do survive ARDS, some recover completely while others experience lasting damage to their lungs,” the Mayo Clinic states. Severe shortness of breath is the main symptom of the ARDS.

There are various causes of ARDS, but inhaling harmful substances — such as “high concentrations of smoke or chemical fumes” — is one of them.

On July 5, nearly after a month in the hospital, Canada was cleared to go home.

“I have come so far since that day, I am proud of myself but it wasn’t easy and I had many weak moments,” she said, adding she shared her story with others “not for attention, but to let others know the risk of inhaling things into your lungs.”

“You have no idea of how precious [lungs] are until they aren’t yours anymore and a machine is telling them to breathe for you,” she added. “I had so much shame, guilt, and anxiety. I lost my independence [which] I had taken for granted. I couldn’t go to sleep for days after they removed the tubes because I feared waking back up and going through it all over again.”

“You have no idea of how precious [lungs] are until they aren’t yours anymore and a machine is telling them to breathe for you."

The 380 cases the federal health agency is probing all have a history of vaping or e-cigarette use. Some of the patients involved reported vaping products that contain THC, the psychoactive ingredient in marijuana that causes the “high” sensation. Others reported only vaping nicotine, while some patients used both.

The CDC has not found a specific cause of the illness, and no one product, additive or ingredient has been identified. That said, health departments in some states — namely New York — have linked some of the illnesses to vitamin E acetate found in marijuana vaping devices. 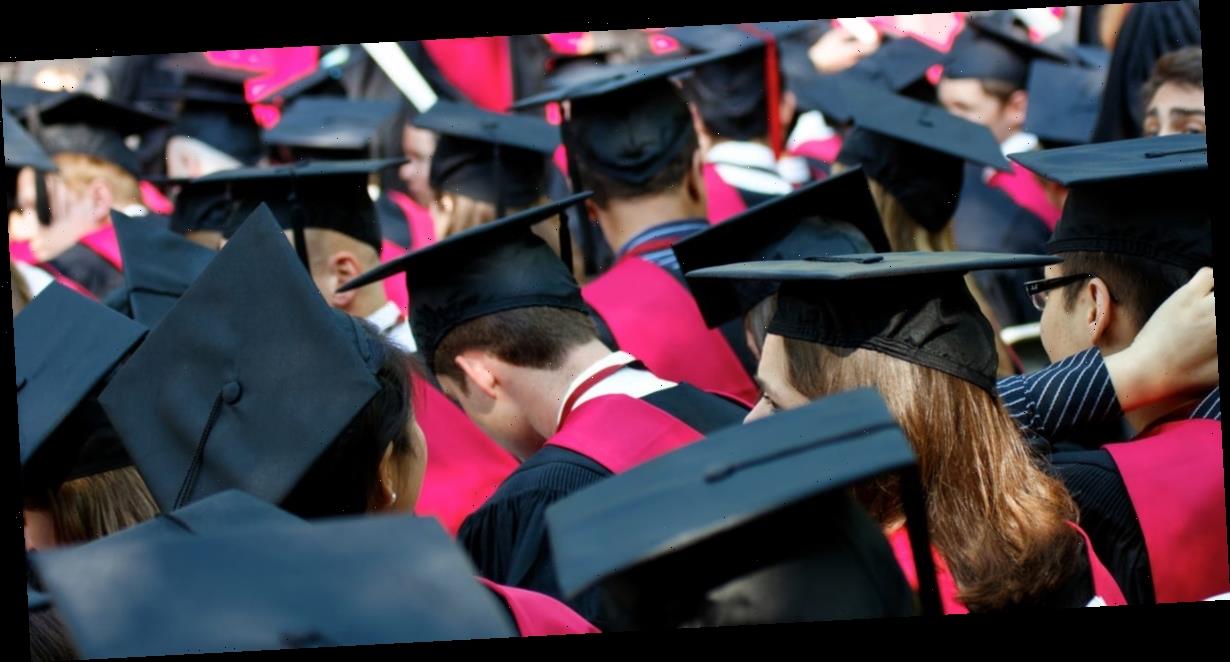 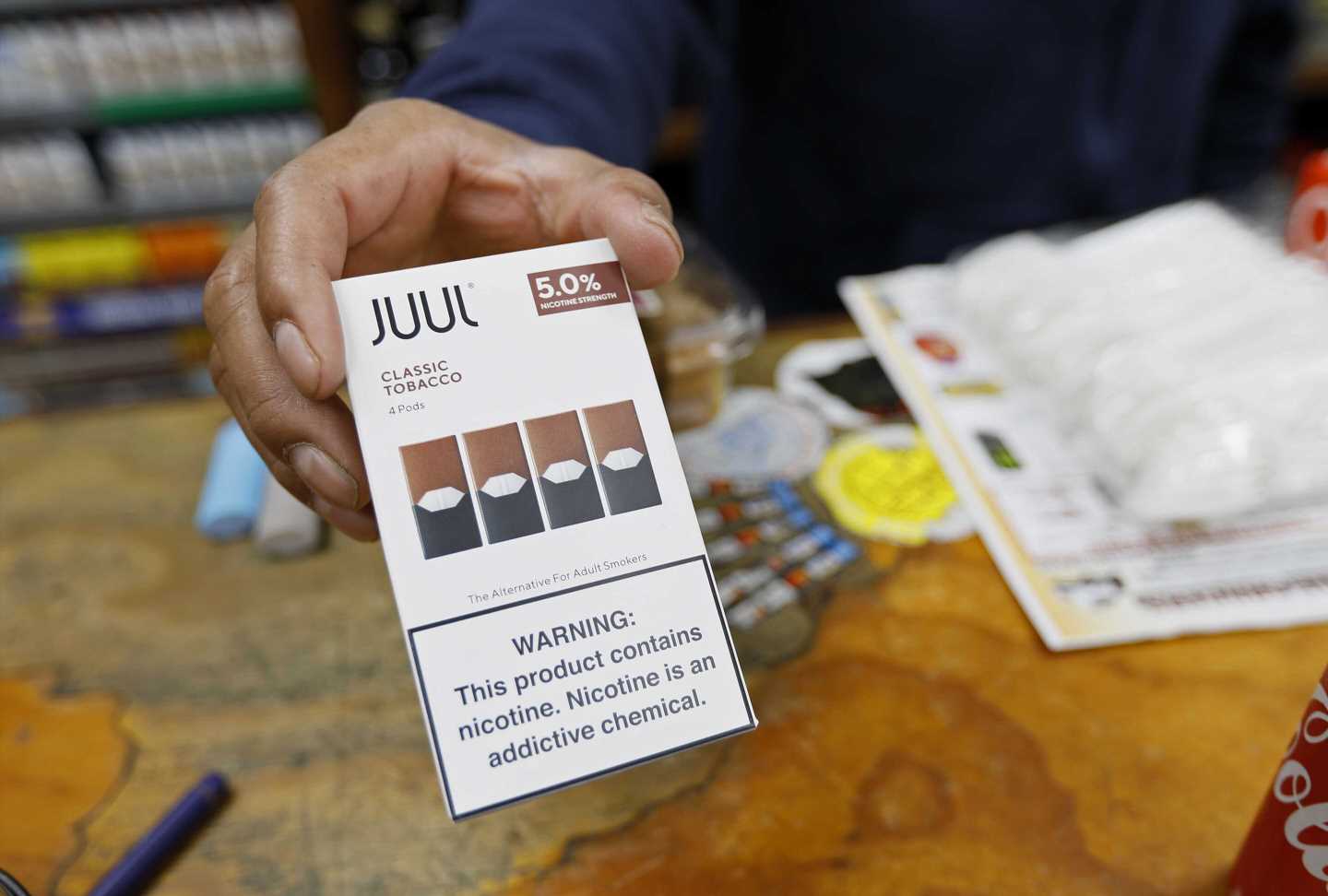 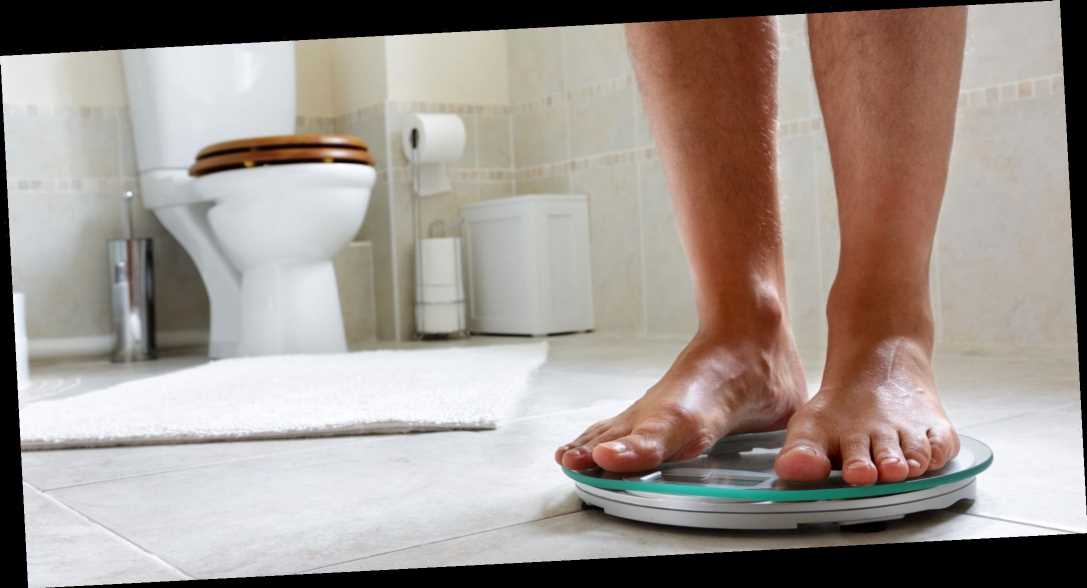