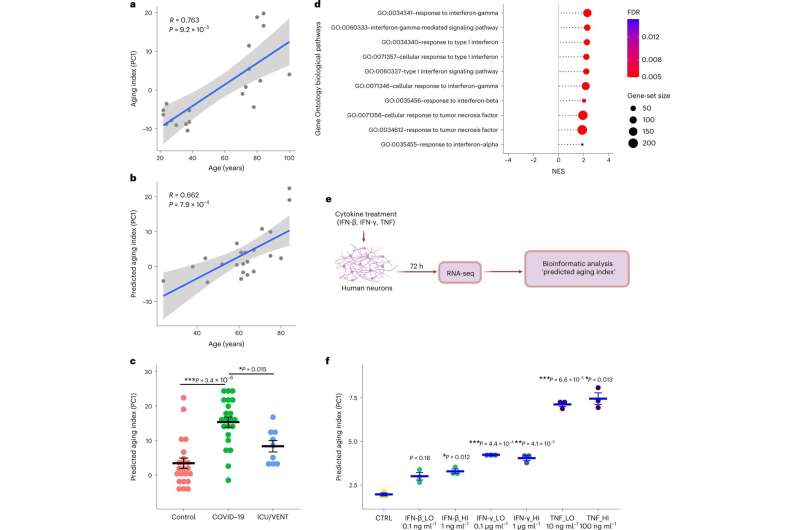 A group of researchers working at Harvard Medical School has found evidence suggesting that patients who undergo severe COVID-19 infections may experience symptoms of aging in parts of their brains. In their paper published in the journal Nature Aging, Maria Mavrikaki, Jonathan Lee, Isaac Solomon and Frank Slack describe their analyses of brain tissue from deceased patients and what they learned.

As the pandemic continues, albeit in a much less pervasive form, scientists continue to study the impact of the SARS-CoV-2 virus. In this new effort, after reading reports that suggested some people with serious symptoms experienced cognitive decline, the researchers took a closer look at the brains of people who died from serious COVID-19 infections.

In their comparison, the researchers found that evidence of activation of genes in the brain associated with inflammation was more common in the people who had died from the COVID-19 infection than in either of the other two groups. They also found that genes associated with cognition and in forming connections between cells in the brain were less active.

The researchers acknowledge that their work is just a first step toward making a clear link between COVID-19 infections and premature brain aging and note that they and others are already working on more studies. They also note that the inflammatory changes in the brain may have been due to the inflammation caused by the infection rather than the virus itself.