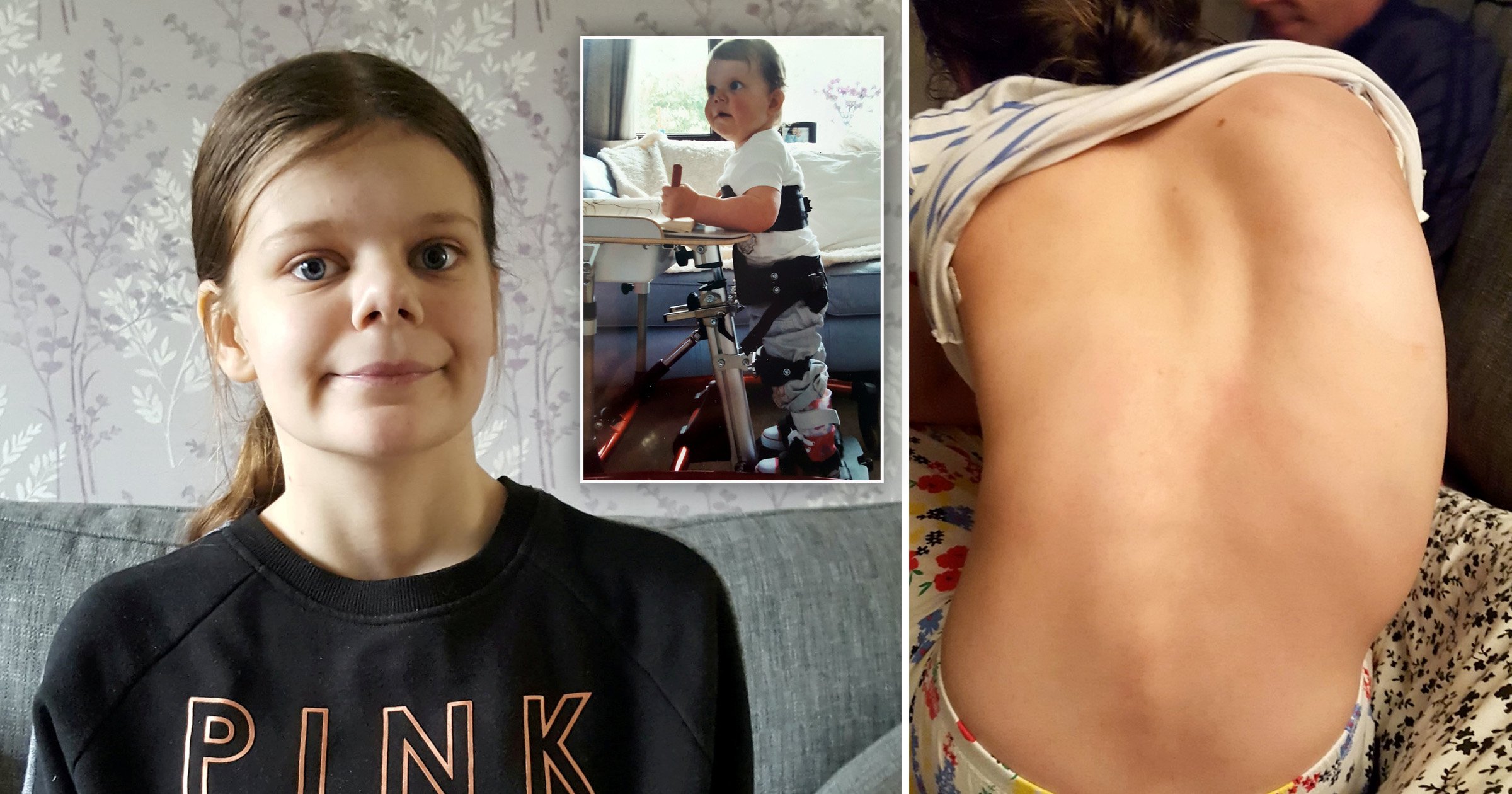 A schoolgirl has undergone life-changing surgery to straighten her s-shaped spine – after living with a 90 degree curve in her back.

Carly Baker, 13, was diagnosed with scoliosis in May 2018 after her mum, Joanne Baker, 48, realised her little girl’s shoulders were wonky.

The condition causes the abnormal twisting and curvature of the spine.

The teen underwent surgery in January 2021 at Alderhey Children’s Hospital, Liverpool, which straightened her back and has been given her a new lease of life.

Carly said: ‘I’m so glad I had the operation.

‘I miss my friends and I am so excited to properly play with them and run around with them.

‘It feels weird having a straight back now after being hunched for so long.

‘I just keep spotting myself in the mirror. It’s unbelievable.’

Mum Joanne, a dinner lady, from Formby, Merseyside, added: ‘It’s amazing how straight it now is.

‘I just keep staring at it. Carly has grown by three inches too.

‘She was so brave and calm about the surgery. It will be life-changing for her.’

Carly was born with tetralogy of fallots – a heart condition – and had a shunt put in her heart at two-and-a-half years old.

She also had absent patella syndrome – missing kneecaps – but after years of physio and using a frame, she was able to stand.

But Joanne noticed something was wrong with her spine when she was dressing Carly in a snow white fancy dress outfit.

Joanne took Carly to the doctor’s and an X-ray revealed she had scoliosis and would need surgery to fix the 90-degree curve in her spine.

‘It was so hard to see her get worse and worse and see how limiting it was for her,’ Joanne said.

‘The curve was literally S-shaped. She hasn’t slept properly in about a year because she just couldn’t get comfortable.

‘It was so hard seeing her body change so drastically.’

Carly was still able to go to school but struggled to get about and see friends.

‘It was a huge knock back for her,’ Joanne explained.

‘We could hardly take her out. We just had to make her as comfortable as possible and watch movies with her.’

Carly was terrified about having the surgery – which consisted of an eight-hour operation to insert a metal rod into her spine and straighten it to 30 degrees.

After the surgery, the youngster spent four days in hospital before coming home where the family said they noticed results straight away.

The X-ray shows Carly’s spine to be almost perfectly straight, but the family will not know the exact degree it was corrected to until a follow up in three months time.

‘She is walking around but on pain medication. I can’t wait to see her be able to join in with all her friends and be more active.

‘It was so bad before she couldn’t even walk to the end of the road, she was so crooked.

‘Now she has a new lease of life.’

Do you have a story you want to share?