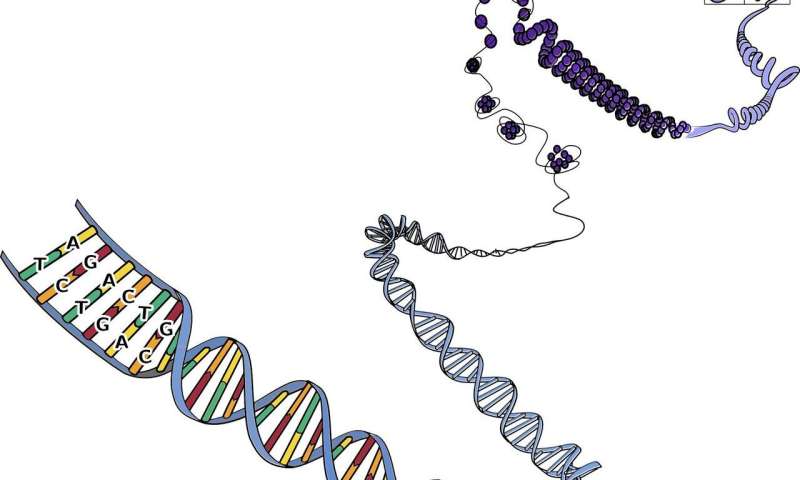 Researchers at the Human Genome Sequencing Center at Baylor College of Medicine have validated a new type of genetic mutation that causes Xia-Gibbs Syndrome (XGS), a rare genetic disorder that results in severe developmental delay, sleep apnea, delayed speech and upper body weakness. Their findings are published in the journal Human Genetics and Genomics Advances.

Discovered in 2014 by a team led by Dr. Richard Gibbs, director of the Human Genome Sequencing Center and Wofford Cain Chair and professor of molecular and human genetics at Baylor, Xia-Gibbs Syndrome is usually the result of new changes within the AT-Hook DNA Binding Motif Containing 1 gene (AHDC1) that interrupt the gene coding sequence and are predicted to lead to a truncated AHDC1 protein. The Baylor researchers’ new study focused on 10 individuals with a different class of mutations. In these individuals there are de novo single DNA letter changes—the ‘missense’ mutations. All of the individuals in the study had just one DNA change that led to a single amino acid substitution versus an interruption of the gene coding sequence—and yet each exhibited symptoms of XGS and had a suspected molecular diagnosis for the disorder.

The researchers mapped the missense mutations and found clusters in two regions of the AHDC1 protein structure, indicating that certain regions are sensitive to mutation. They also evaluated the study individuals’ symptoms as compared to individuals with AHDC1 truncating mutations and found that variants outside certain regions were associated with less damaging symptoms.

“Our data shows that de novo missense mutations in AHDC1 are likely diagnostic of XGS, provided the mutation position and the rare disease trait manifestations are carefully considered,” said Gibbs, corresponding author of the publication. “In some cases, the mutation position suggests the change is not likely to cause disease and other investigations should be carried out in these individuals.”