A 2021-2022 survey conducted in the United States reported that about 90.5 million households owned at least one pet, 23 million of which had acquired a pet during the first year of the coronavirus disease 2019 (COVID-19) pandemic. 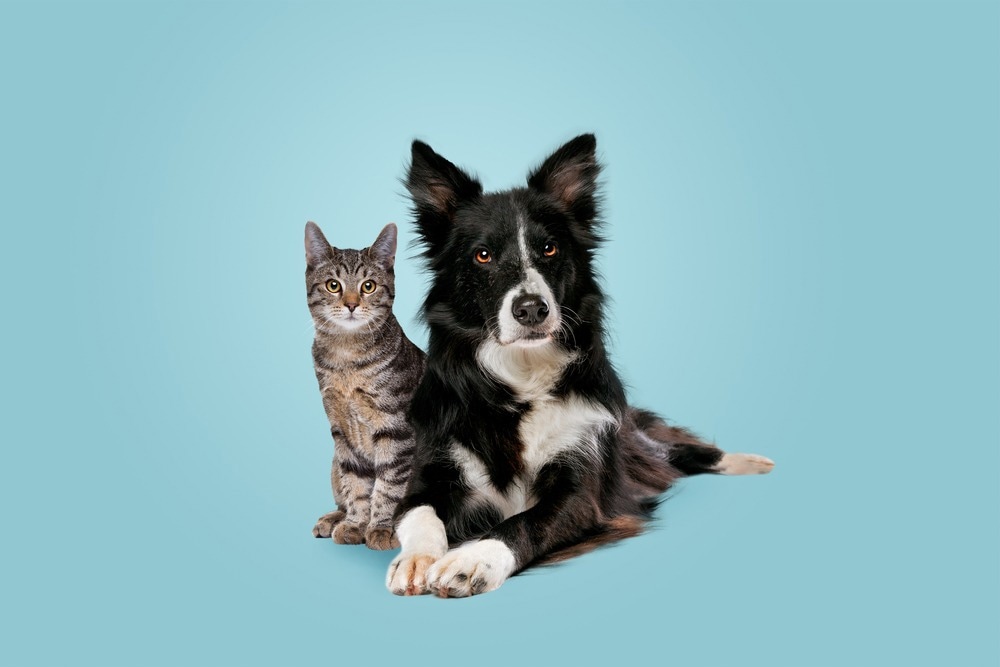 Like all other coronaviruses, the severe acute respiratory syndrome coronavirus 2 (SARS-CoV-2) has a broad mammalian host range. The World Organization for Animal Health (WOAH) has reported SARS-CoV-2 infections in 35 countries from 14 mammalian families as of July 12, 2022.

The animals susceptible to COVID-19 have been divided into four groups according to their interaction with people. These include exotic animals, free-ranging wild animals, farmed animals, and companion animals.

Among these, companion animals have been reported to be the second most affected animal group, with approximately 60% of all reported animals infected with SARS-CoV-2 between February 29, 2020, and December 31, 2021, included in this category.

A new study published on the preprint server Research Square* analyzes the clinical and epidemiological features of SARS-CoV-2 infection in companion animals, particularly dogs and cats, in the United States.

The current study involved the identification of cases through active or passive surveillance of animals, following which samples were collected and sent to the United States Department of Agriculture (USDA) National Animal Health Laboratory Network (NAHLN) laboratories. A confirmatory test for SARS-CoV-2 was subsequently carried out by the USDA National Veterinary Services Laboratories (USDA-NVSL).

Information on the animals’ sex, age, species, comorbidities, clinical signs, and diagnostic tests were collected using the One Health Case Investigation Form for Animals developed by U.S. Centers for Disease Control and Prevention (CDC). This form was also used to obtain information on the person who was associated with the infection of the animal, dates of the positive test and symptom onset, as well as the frequency of interaction with the animal.

Clinical signs were categorized into three types based on which body systems were affected, of which included respiratory, gastrointestinal, and non-specific signs. For multi-pet households, the conditional probability was used to determine whether infection of one animal could lead to infection of another animal that lived in the same household.

Taken together, 94% of SARS-CoV-2-positive animals were exposed to an individual who also tested positive for SARS-CoV-2. The source was unknown for 6% of companion animals.

About 48% of these animals exhibited clinical signs similar to human SARS-CoV-2 infection, while 52% did not experience any symptoms during sampling. Respiratory symptoms were most frequently reported, followed by non-specific and gastrointestinal symptoms.

The average Ct value was 28.6, whereas VN titers ranged from eight to 512 for all SARS-CoV-2-positive companion animals. Ct values for nucleic acid detection peaked on days five and six for dogs and cats, respectively.

Detection of SARS-CoV-2 occurred for up to 13 and 23 days in dogs and cats, respectively. Virus-specific antibodies were detected five and three days following nucleic acid detection in cats and dogs, respectively.

Along with the early-circulating variant, the SARS-CoV-2 Delta, Alpha, Iota, and Epsilon variants were also detected among 70 animals, with Delta being the most commonly detected variant.

The current study demonstrated that zoonotic disease transmission from humans to companion animals, especially dogs and cats, is possible. The impact of SARS-CoV-2 infection was higher in cats as compared to dogs. SARS-CoV-2 transmission from one pet to another was also observed.

These observations can be helpful for both the animal and public health sectors in managing the COVID-19 pandemic. Further developments in the One Health collaboration mechanisms are needed to protect animal and human health from COVID-19, as well as future threats of zoonotic diseases.

The surveillance used in the study varied based on different jurisdictions, which makes the reporting of cases variable. Additionally, the sample size of the study was small.

The current study also did not include households where several people may have caused companion animal infections. Finally, the study did not extend to the Omicron period; therefore, the impact of this variant on companion animals remains unknown.

Research Square publishes preliminary scientific reports that are not peer-reviewed and, therefore, should not be regarded as conclusive, guide clinical practice/health-related behavior, or treated as established information.