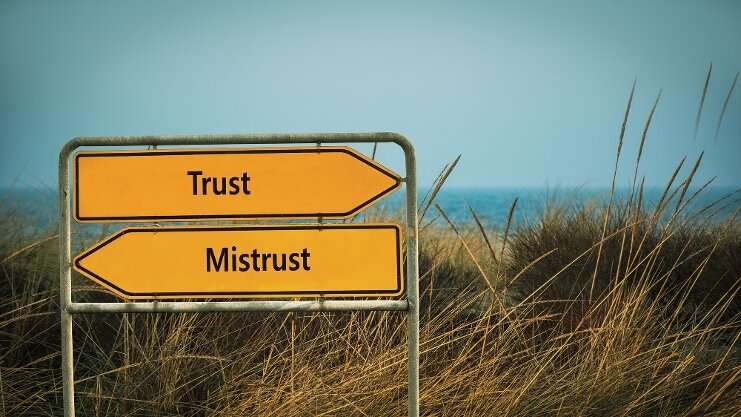 Scientists from the University of Amsterdam and Durham University have designed a tool to measure the psychological distance to science and predict science rejection in a number of very diverse domains. Using a large-scale survey, they demonstrated that distrust in science increases when people experience science as more distant, regardless of their ideological or religious beliefs or knowledge of science. The results of this study have now been published in Personality and Social Psychology Bulletin.

Various studies worldwide, including in the Netherlands, show that a relatively high percentage of people (around 90%) have confidence in science in general. What is worrying, however, is that 40% claim to be skeptical about science that is not in line with their personal views at the same time. We see this reflected in science rejection on themes such as climate change and the coronavirus pandemic. This is a worrying development, as the global impact of this rejection is very high. How can we explain this phenomenon?

Psychologists from the University of Amsterdam and Durham University looked for a psychological explanation for distrust in science regarding various themes. By doing so, they hoped to gain a better understanding of science rejection and provide tools to help increase confidence in science.

A tool to measure psychological distance

The psychologists developed a tool, PSYDISC, that makes it possible to relate “psychological distance” to distrust in science. Psychological distance is about how far removed or close something feels to yourself and your time and place. What people experience as further removed is often kept at a distance, whereas what feels closer to home has a much greater impact on our behavior. For many people, science can feel distant and like an obscure process, the usefulness of which they cannot quite grasp.

The scientists tested this tool among a group of 1,630 people in the U.S. and the U.K. To what extent do these people regard scientists as similar to them? Are they experiencing the results of science in the here and now? Do they think those results are applicable in their everyday life?

These data were subsequently linked to information about a person’s ideological or religious views, their knowledge of science, confidence in science and actual behavior. Specifically, the scientists looked at the themes of climate change, vaccinations, evolution, the genetic modification of food and genetic editing in humans.

The psychologists discovered that distrust in science is greater on all themes when people experience science as more distant—regardless of their ideology, knowledge and views. Their tool was also able to predict actual behavior, such as coronavirus vaccination refusal. “We posit and show that perceiving science as distant, that is, as evaluating science as a hypothetical undertaking happening in faraway places, directed toward the future and conducted by dissimilar and unapproachable people, directly relates to negative evaluations of science,” the scientists say.

These findings also relate to the Dutch education minister’s worry about the increasing distance between science and society. In a lecture in Leiden, the minister stated that part of society is unreceptive to science, “even in matters of life and death.” He feels that this gap must be narrowed, which he considers a task for both science and politics.