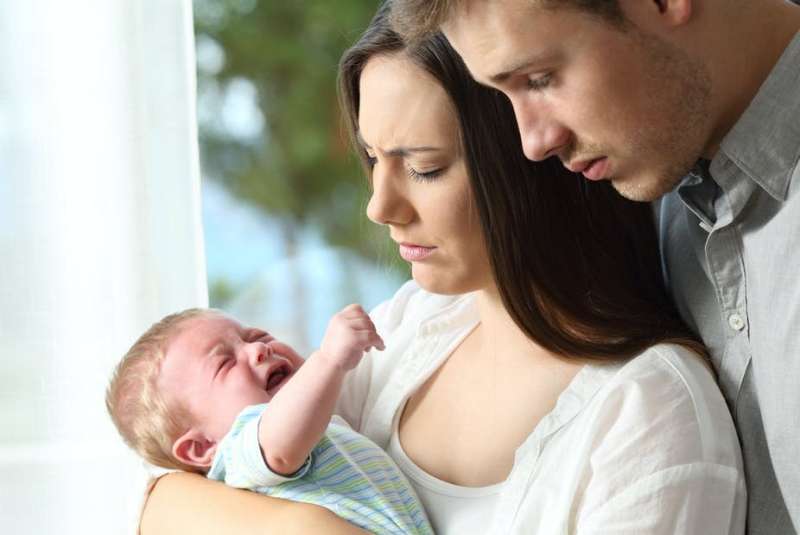 Many new parents struggle with mental health issues. Research suggests up to a quarter of new mothers and one in ten fathers experience depression after the birth of their child. Although there has been greater awareness and dialogue in recent years about the mental health struggles of mothers and fathers, we don’t know very much about the experience of new parents as a unit.

This is something our review sought to uncover. We found that in one in 30 couples, both parents may struggle with depression after the birth of their child. We also revealed that depression in couples persists—and might even become more common—through the first year after having a child.

To conduct our review, we looked at 23 studies in total, with data from almost 30,000 couples in 15 different countries. We specifically included studies which reported prevalence rates of depression in both parents during pregnancy and the first year after childbirth (known as the perinatal period). There wasn’t enough data reporting on anxiety for us to include it in our review.

By combining the prevalence rates from each of the studies, we were able to estimate that one to two couples in every 100 experience depression during pregnancy. About one in ten expectant mothers suffer from depression and evidence suggests that when mothers are depressed during pregnancy, there’s a higher chance for fathers to be depressed as well.

We found that the prevalence of depression in the early postnatal period for both parents was just over one in 50 couples. Interestingly, the rate of late postnatal depression in both parents was higher—around one in 30 couples. While this difference may just be a coincidence, it appears that the later postnatal period (three to 12 months after delivery) could be a critical time for new parents—and that it’s important to make sure parents are aware it’s normal to experience postnatal depression even up to the first year after having a baby.

Our study also looked at some of the common factors associated with depression in couples before and after the birth of their child. Some of these factors included low relationship satisfaction, frequent quarrels and low social support. Financial struggles, unemployment and fathers working long hours were typically linked with depression in the perinatal period.

This research not only highlights how many people may experience depression before and after the birth of their child, but also shows us that one parent’s mental health may be affected by their partner’s. Knowing which risk factors may make a parent more likely to experience perinatal depression is also important, especially for healthcare providers and family members when it comes to providing support.

We know from other research just how big an impact a mother’s depression can have, not only on her own health and well-being, but even on the health of their child. While a healthy father-child relationship can buffer against some of these negative impacts, there’s currently no research which has looked at what impact there might be on the child when both parents are depressed. Our study also showed that when both parents are depressed, there’s a higher chance of relationship problems and separation.

The postpartum visit can be a key opportunity for new parents to check in with their GP, who can screen them for any mental health problems. Your GP can offer support, provide key resources, and make sure you have the right type of treatment if you’re struggling with your mental health. There’s evidence that family therapy can also help prevent and treat perinatal depression—and this should be considered when both parents are struggling.

But research carried out in the U.K. shows that nearly four out of ten new mothers don’t receive a postpartum visit. Moreover, new fathers are not routinely included in care during and after pregnancy, leaving them feeling excluded and isolated. We hope this research will reinforce the importance of the postpartum visit for new mothers to touch base with their GP, but also as an opportunity to check in on fathers’ mental health.