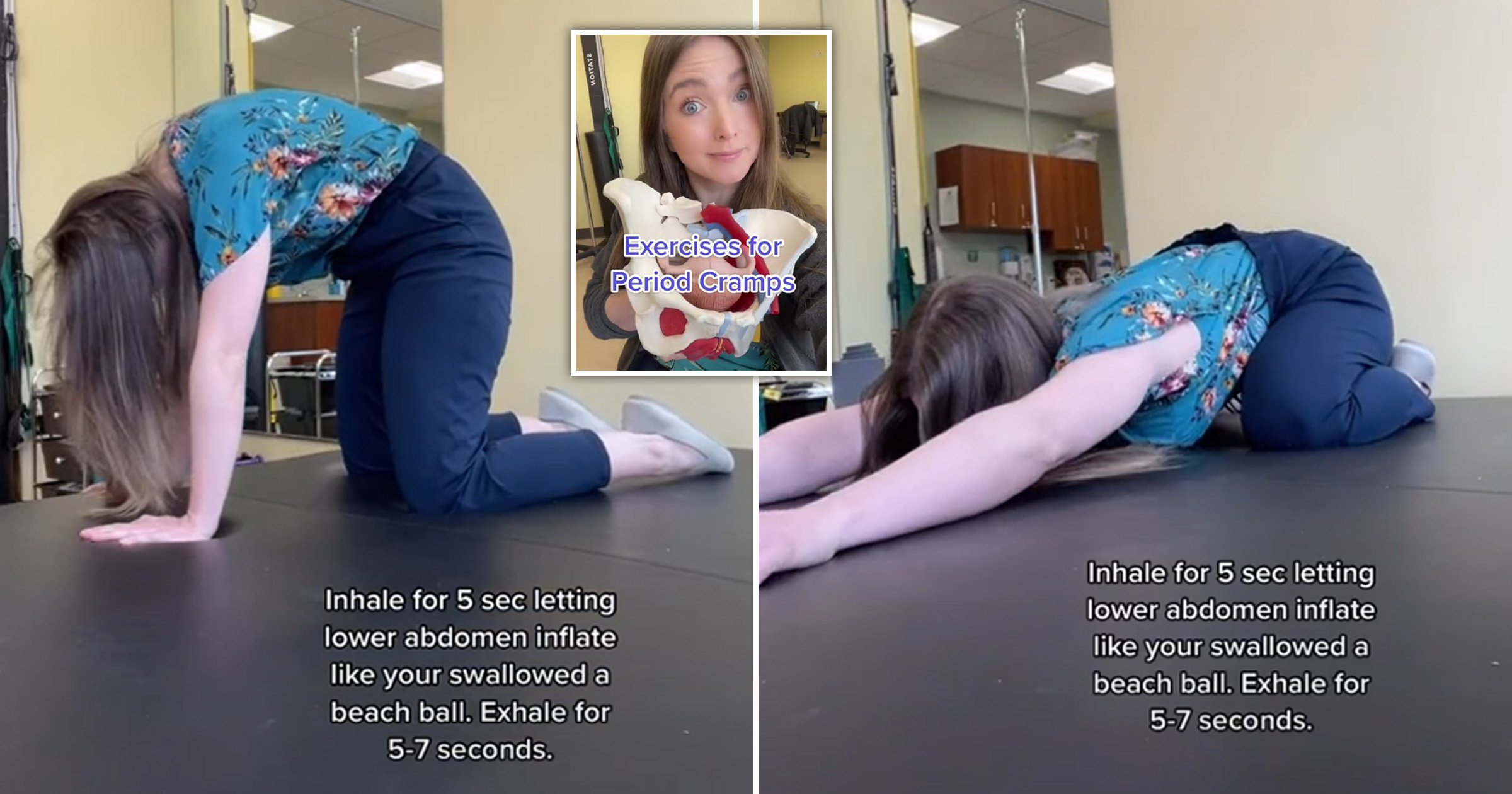 We know, we know – when you’re in the midst of tummy-twisting, excruciatingly painful period cramps, the last thing you want to hear is: ‘have you tried exercising?’.

But the truth is that certain movements really can help to ease the pain.

And while we’d never suggest that anyone really suffering with unbearable cramps forgoes pain relief, it’s worth trying these stretches in combination with more traditional treatment.

Dr Alicia Jeffrey-Thomas, a physical therapist working in Massachusetts, is getting showered with gratitude over on TikTok after she shared her ‘go-to’ exercises to tackle cramps.

She revealed that she leans on four moves whenever she’s suffering – and viewers in the comments said they really do work.

So, what are those four stretches?

First, we have child’s pose. Yoga fans will know this one already, but in case not, you do this by kneeling on the floor with your knees hip-width apart, then lowering your upper body between your knees, extending your arms out in front of you with your palms facing down.

Some of my go-to’s

Next is pigeon pose, which works to open up your hips. This involves bending one leg across your body, keeping the other straight behind you, and lying your upper body forward.

Cat-cow pose comes into play after this, which sees you on hands and knees and arching and dipping your back – combined with spinal circles to loosen everything up.

Finally, stick your legs up straight against a wall while lying on your back with your hands on your stomach.

The doctor recommends holding each pose for around a minute, while taking deep, slow breaths, ‘letting the lower abdomen inflate like you swallowed a beach ball’, then exhaling for five to seven seconds.

As we said, people in the comments have sung these exercises’ praises, so while anyone persistently struggling with unbearable cramps should absolutely seek medical support, these moves could be a handy fix to try on those days when period pains are a bit much.