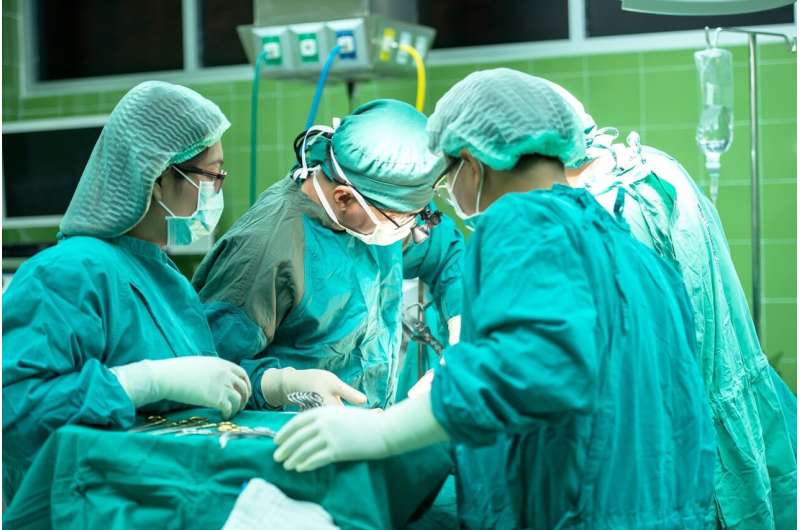 Pediatric patients did not experience a significant difference in pain levels following ureteral stent removal between those who took a non-steroidal anti-inflammatory medicine before the procedure and those who didn’t, new research reports.

“There are still a lot of unknowns about using ureteral stents in pediatric patients, and one is just pain control in general,” explains study principal investigator Kyle Rove, MD, an assistant professor of urology in the University of Colorado Department of Surgery.

“Though our hypothesis was rejected, we learned a lot about how to conduct a randomized control trial in a pediatric surgical population, which is not very common in research, and we got a clearer picture of how much research needs to be done on minimizing or preventing surgical patient pain or discomfort in pediatric patients.”

Different outcomes in adults and children

The research, which Rove initiated as a surgical resident at the CU School of Medicine, was informed in part by a 2012 BJU International study that found a single dose of non-steroidal anti-inflammatory drug (NSAID), a class that includes aspirin and ibuprofen, prevents severe pain after ureteric stent removal in adults.

“We had a handful of children who came back with intractable pain after a stent removal, so we started asking whether there was something we can do to prevent this,” Rove says. “We came across this study that showed a significant decrease in pain following ureteral stent removal in adults who had received NSAIDs before the procedure, so we proposed testing it in children.”

However, Rove emphasizes that “children are not just little adults, and interventions that work in adults may not work in children, so that’s why this type of research is important. Our research also dovetailed with the growing push to use fewer opioids for pain management.”

A total of 44 children ages 4 to 18 were enrolled in the study over a multi-year period, and were patients for either surgical treatment of kidney stone disease or surgical reconstruction following treatment for a blockage near the kidney.

With adult patients, stent removal often is performed in the clinic and the patient is awake during the procedure. However, “with pediatric patients there can be a lot of anxiety and a lot of difference in their ability to tolerate it,” Rove says. “Because of that, they’re going back to the OR with general anesthesia” for the stent removal.

Pediatric participants in the study were randomized to receive either ibuprofen or a placebo at least 15 minutes before their surgical stent removal. Before their procedure and 24 hours after it, participants were asked to estimate their pain using either the Faces Pain Scale—used with children ages 4 to 8 so they could point to the face that corresponded with their pain level—or a visual analog scale.

Based on patients’ reported pain before and 24 hours after the stent removal procedure, Rove and his co-researchers found that there was no difference in postoperative pain between study participants who received ibuprofen and who received a placebo before the procedure. Also, 7% of pediatric patients reported severe pain following the procedure, compared with 55% of adults.

Rove adds that over the seven years during which he and his colleagues collected research data, using ureteral stents in pediatric patients became somewhat less common. However, because they’re still used, further studies with a larger number of participants could gather important data about pediatric patient comfort.