Britons with eye cancer are resorting to crowdfunding and selling their homes to pay for a life-extending procedure that should be free on the NHS.

The treatment, chemosaturation, gives sufferers an extra 15 months of life and even a cure in some cases. Based on this data, NHS spending watchdog the National Institute for Health and Care Excellence judged it cost-effective, approving it last year for patients with advanced disease.

But The Mail on Sunday has learned of patients paying six-figure sums at private clinics for chemosaturation because NHS England, which controls surgical budgets, refuses funding.

Janna Clark, 40, a mother-of- two from Norfolk, is trying to raise £120,000 online so she can have the procedure after discovering that her cancer was terminal. 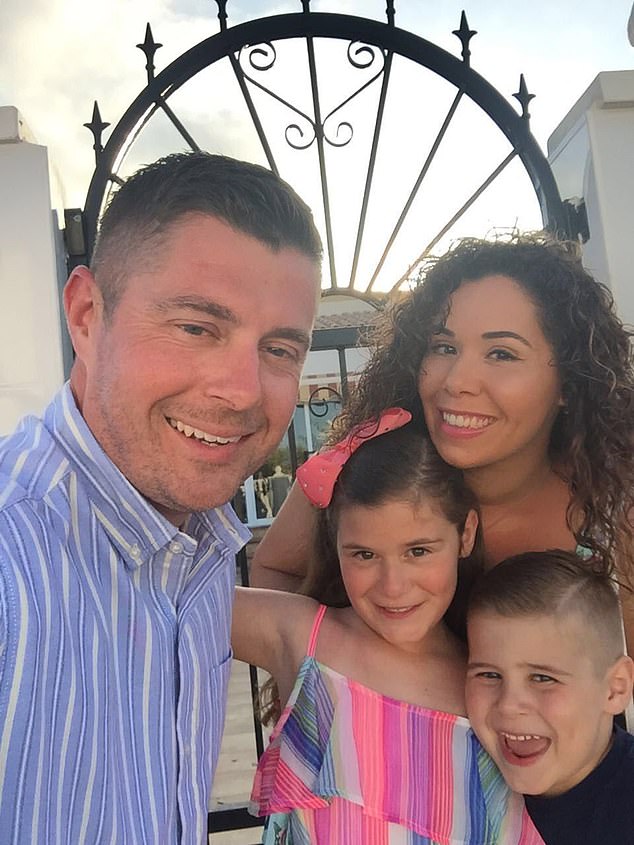 Janna Clark, 40, a mother-of- two from Norfolk, is trying to raise £120,000 online so she can have the procedure after discovering that her cancer was terminal, pictured here with her partner Jay Wyatt, 43 and their two children, Bonnie, 14, and George, 10 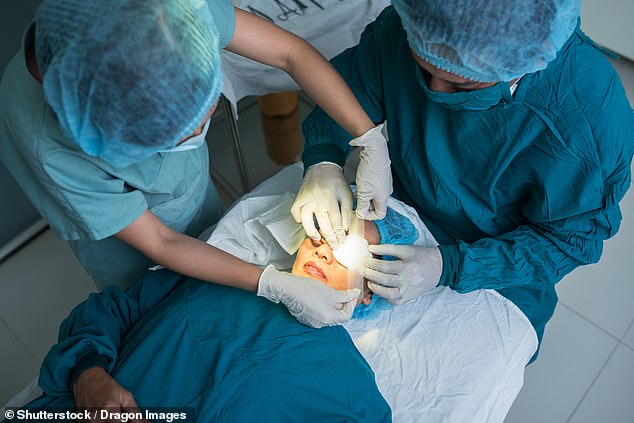 ‘I know there’s no cure but I want to spend more time with my children and this treatment could give me that,’ says the former hairdresser.

Charities are calling on NHS England to agree to pay for chemosaturation to give cancer patients more time with their loved ones.

‘Patients have sold their house to raise the money. It is heartbreaking,’ says Jo Gumbs, of cancer charity Planets. ‘It is cruel that there is an approved treatment which can keep people alive but they can’t get it. And the worst part is there’s no end in sight.’

Roughly 700 Britons a year are diagnosed with eye cancer. It is typically treated with chemotherapy and radiotherapy, or an operation to remove the eye. But in half of cases, the disease can spread to the liver. When this happens, it is usually incurable – the majority of patients don’t survive longer than eight months.

‘Once the cancer reaches the liver it becomes very aggressive, covering the entire organ with mini-tumours, meaning surgery is out of the question,’ says Mr Neil Pearce, a consultant liver surgeon.

Chemosaturation could be a lifeline – even if only a temporary one – for patients in this situation.

Chemo drugs are usually delivered via an IV drip and create a toxic environment inside the body, killing cancer cells. However, the powerful drugs also damage healthy cells, often causing side effects such as nausea and hair loss. It means there is a limit to how much chemotherapy can be given.

Chemosaturation works by delivering very high doses of chemotherapy directly to the liver while also protecting surrounding organs from the chemicals.

During the procedure, patients are sedated and an incision is made in the groin. A flexible tube containing tiny balloons is inserted into an artery and guided upwards until it reaches the liver. These balloons are then inflated to create space between the liver and adjacent organs. Next, chemotherapy is delivered into the artery that supplies the liver, via another tube threaded through the groin.

‘It’s 30 to 40 times the usual levels cancer patients might get,’ says Mr Pearce. If taken orally or intravenously, this level of chemotherapy could lead to catastrophic damage throughout the body.

Patients are also hooked up to a blood-filtering machine to drain the liver of leftover traces of the harmful drug. The balloons are removed, and after a night in hospital, the patient can go home.

Doctors believe patients require three rounds of treatment for it to be effective. Trial data showed that 90 per cent of eye-cancer patients with liver tumours had tumour shrinkage after chemosaturation. Researchers found two-thirds survived for a year, and a third more than two years.

Last year, NICE concluded chemosaturation was safe and effective. For drugs, a decision like this means patients automatically receive the approved treatment on the NHS. But because it also involves surgery – and requires significant hospital resources – final sign-off for its funding lies with NHS England.

According to Jo Gumbs, NHS England has offered no timeline for when patients may get access, adding: ‘Meanwhile, private clinics are making huge sums while those who can’t afford it are dying.’

Janna Clark was diagnosed with eye cancer in February 2018, just a day before her ten-year-old son George was given the all-clear from blood cancer. She says that due to the stress of caring for her son, she ignored the initial symptoms. ‘I had headaches, dizziness, my vision was blurred and I’d get flashes of lights,’ she says.

After doctors found the cancer, Janna underwent chemotherapy and had her right eye removed.

But in February 2021, scans showed the disease had spread to her liver. Last month she was told there was nothing more the NHS could do. Janna, who lives with her partner Jay, is now trying to raise money for three sessions of chemosaturation at a London clinic, each costing £40,000. But with only £60,000 raised, Janna has been told she cannot book her treatment.

She says she cannot understand why patients are not able to access chemosaturation: ‘There are so many expensive drugs available on the NHS, why is it this one they’ve decided not to fund? It’s this or nothing for me. I don’t have long left. I have to try to do what I can to get extra time with my children.’

An NHS spokesman said: ‘The most recent clinical review found there is not enough evidence to demonstrate that making chemosaturation available on the NHS would benefit patients or represent the best use of resources.’