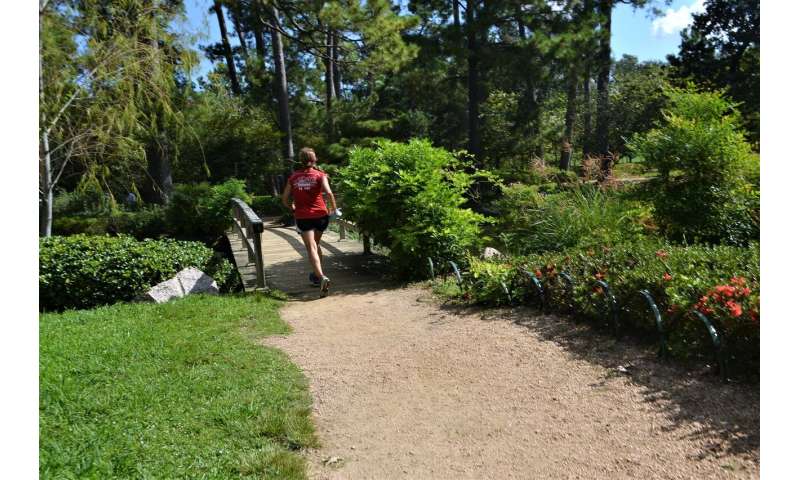 Using data from a national survey representing more than 19 million U.S. women with established cardiovascular disease, Johns Hopkins Medicine researchers say that more than half of women with the condition do not do enough physical activity and those numbers have grown over the last decade. These results imply that targeted counseling to exercise more could reduce risk of cardiovascular disease as well as associated health care costs over their lifetimes.

The researchers say their results suggest that women diagnosed with such disorders as coronary artery disease, stroke, heart failure, heart rhythm disturbances and peripheral artery disease should talk to their physicians about how to increase their physical activity levels to maintain optimal cardiac health and decrease health care costs associated with cardiac disability.

According to the American Heart Association (AHA), heart disease remains the #1 killer of American women, 43 million of whom are affected by the condition. The study, described in the April 12, 2019, issue of JAMA Network Open, notes that total health care costs among women with cardiovascular disease who met AHA-recommended physical activity guidelines were about 30 percent less than costs among those who did not meet the guidelines.

The AHA strongly recommends physical activity to reduce a woman’s chances of developing cardiovascular disease (so-called primary prevention) and to advance and maintain recovery after heart attack or stroke (so-called secondary prevention). The standard recommendation is 150 minutes of moderate to vigorous physical activity per week, which works out to at least 30 minutes of brisk movement per day, five days a week. Previous studies have shown that over the span of a lifetime, men are on average more physically active than women.

In the current study, researchers used data from the 2006-2015 U.S. Agency for Health care Research and Quality’s Medical Expenditure Panel Survey, a self-reported questionnaire of individual households across the nation. The results of this study are based on data from about 18,027 women with cardiovascular disease between the ages of 18 and 75, including non-Hispanic whites (77.5 percent), Asians (2.3 percent), African Americans (12.2 percent) and Hispanics (8 percent), who in sum are nationally representative of all U.S. women with cardiovascular disease. They compared answers collected in 2006-2007 against those collected in 2014-2015 to assess any trends.

In 2006, 58 percent of women with cardiovascular disease said they were not meeting the AHA-recommended physical activity guidelines. By 2015, that number rose to 61 percent.

Researchers also found that women ages 40-64 were the fastest growing age group not getting enough physical activity, with 53 percent reporting in 2006-2007 not getting enough exercise and 60 percent in 2014-2015. They also found that African American and Hispanic women were more likely to not exercise enough, and women from low-income households who were enrolled in public insurance and had less high school education were also more likely to not meet recommended physical activity targets. Health care costs among women with cardiovascular disease who did not exercise enough was reported to be $12,724 in 2006-2007 compared to $14,820 in 2014-2015. Women with cardiovascular disease who did get enough exercise on average spent $8,811 in 2006-2007 compared to $10,504 in 2014-2015.

The researchers caution that the study was not designed to show cause and effect, but to identify 10-year trends in the levels of physical activity among U.S. women across various demographic groups defined by age, race/ethnicity and socio-economic factors, and to describe associations of physical inactivity with health care costs. Lack of regular physical activity has been independently linked in scores of previous studies to a higher risk of cardiovascular disease, obesity and diabetes.

“The expense of poor health is tremendous,” says Erin Michos M.D., M.H.S., associate professor of medicine at the Johns Hopkins University School of Medicine. “Many high-risk women need encouragement to get more physically active in hopes of living healthier lives while reducing their health care costs.”