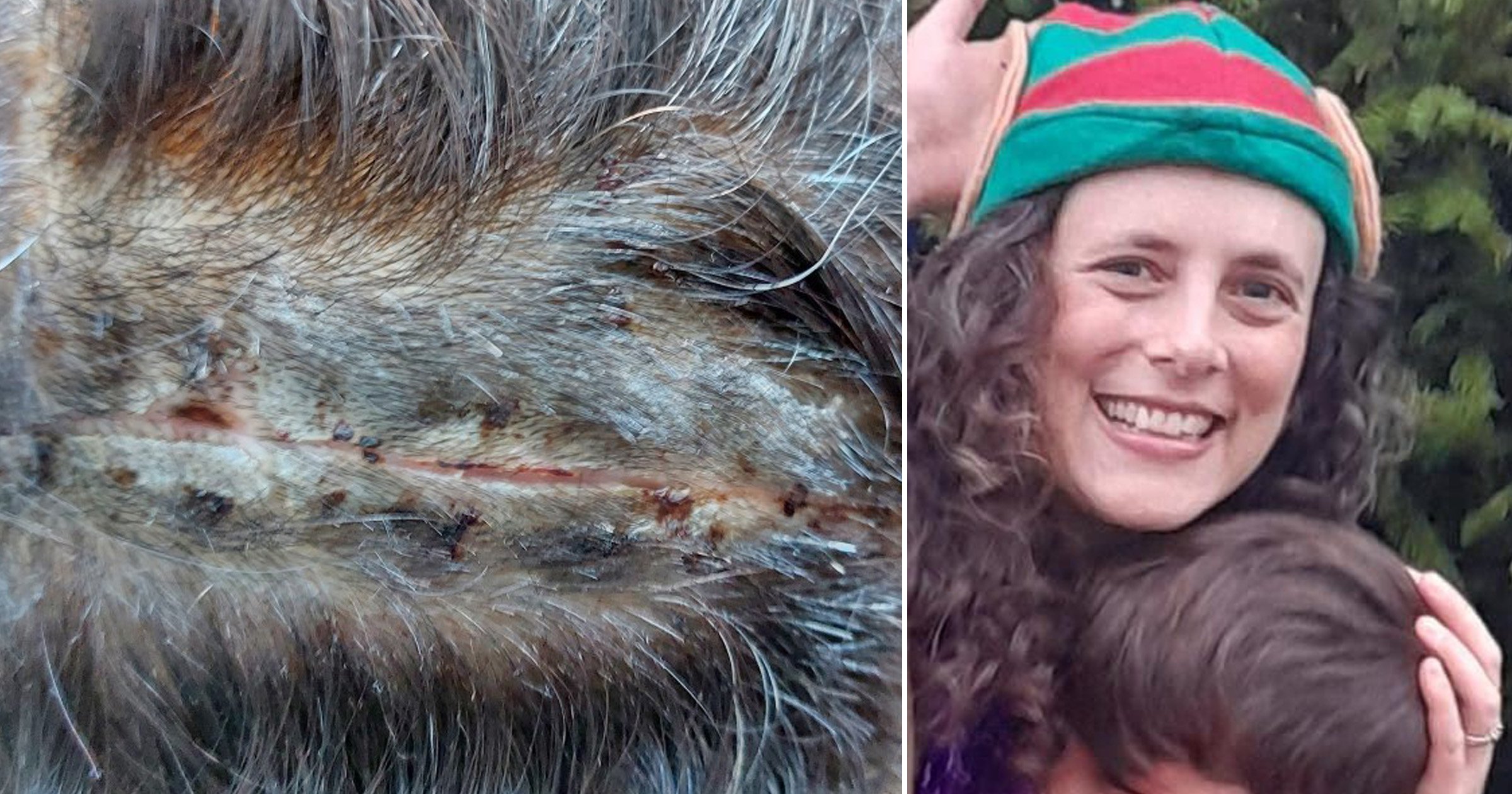 When Claire Shipp, 43, began experiencing numbness and tingling in her fingers, doctors initially assumed she had carpal tunnel syndrome.

But soon after, her face went numb too. She then suffered two seizures in December and early January.

A CT scan revealed the true cause: a fast-growing, incurable brain tumour.

‘Back in October last year I started getting some funny sensations in my hand; one of my fingers went numb,’ Claire, from Leighton Buzzard, said. ‘It felt a bit like getting a weird electric shock and I went to the doctor and they said they thought it sounded like carpal tunnel.

‘My life was completely normal apart from my hand doing weird things. It was my middle finger on my left hand.

‘The numbness did start to spread but again that can happen with carpal tunnel, then I got tingling on the left hand side of my face, but it was only once every so often.

After being advised to wear a wrist brace, Claire noticed her face and arm growing numb around Christmas time.

One doctor suggested this could be a migraine, but days later she had a seizure, followed by another on January 3, and decided to call 999.

She had to go to Luton and Dunstable University Hospital without her IT husband manager Julian, 51, due to Covid regulations, where she was given a CT scan.

Much to her surprise, it wasn’t clear.

‘I was sat there thinking “I’m sure it’s nothing”, but an hour or so later they came and got me and took me into a room,’ Claire remembered.

‘Alarm bells started to ring and she said “I’m really sorry, but we’ve found something on your brain, but as it’s only a CT scan we can’t tell what it is”.

‘I had to sit in a corridor for the next four hours as they didn’t have a bed for me because I needed an MRI.

‘I sat there crying – it was horrible, one of the worst nights of my life.

‘Then told me they’d found a tumour and it might be malignant.’

Claire was referred to the National Hospital for Neurology and Neurosurgery in London who confirmed the diagnosis of a grade four astrocytoma – a cancerous brain growth that can also affect the spine.

They told her they wanted to do brain surgery on her as quickly as possible – while she was awake.

Her first thought was her nine-year-old son, and before the surgery she wrote him a long letter in case she didn’t make it.

On January 18 she had the six-hour op where she was strapped down and had her skull cut open – and was able to hear every moment.

Doctors kept her awake and tested her reactions continually throughout the op to make sure that removing the tumour wasn’t damaging the healthy parts of her brain.

A week later, after the tumour was analysed, Claire was told the cancer was incurable. Although surgeons had managed to remove most of the tumour, it would grow back – and likely fast.

Now, the mum is desperately trying to raise money to go abroad and receive immunotherapy, which the NHS doesn’t currently offer.

Claire said: ‘The hardest part about all this is I have a funny, bright, caring nine-year-old son who is a mummy’s boy and light of my life and it breaks my heart that I won’t be there to see him grow up, to be there for him as he navigates life’s ups and downs.

‘Because of him I am determined to fight this as hard as I can.

‘I dont have the luxury of time. The fundraising is ambitious, but it’s giving me something positive to cling on to and focus my attention on.

‘I want to be one of those people who somehow beats the odds and takes charge of my life – I’m doing anything I can to help myself.’

To donate to Claire’s cause, visit the GoFundMe page set up by her sister.