A mother-of-two whose baby was left with bleeding skin due to her severe eczema has hailed a ‘miracle cream’ for freeing her daughter of the condition in just two weeks.

Katie Rosendale, 21, took Evelyn to the doctors when she developed large dry patches over her chest and abdomen at just three months old.

Although her GP prescribed an ointment, the youngster’s condition only got worse, with Miss Rosendale, of Southampton, being forced to ‘constantly’ change her sheets when her red-raw skin left them covered in blood.

Just as she was starting to believe Evelyn’s condition was ‘incurable’, Miss Rosendale came across the skincare brand Baby Kingdom Collection on Instagram, which claims to ease eczema.

Despite having ‘no faith’ it would work, she ordered a cream and shampoo, which soothed the youngster’s skin almost immediately and gave the family their ‘happy Evelyn back’. 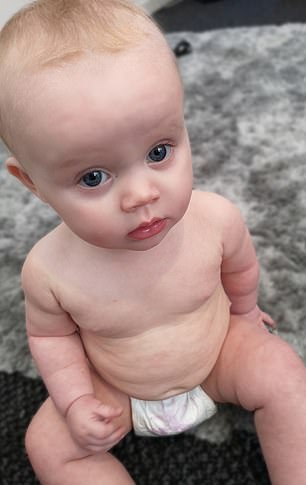 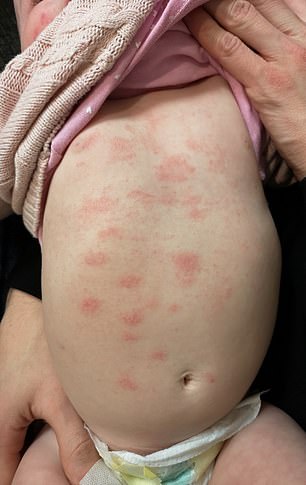 Baby Evelyn Rosendale is finally free of her eczema-ridden skin thanks to a ‘miracle cream’. She is pictured left after using the lotion. The youngster endured large dry patches over her chest and abdomen (pictured right) at just three months old, which would leave her bleeding 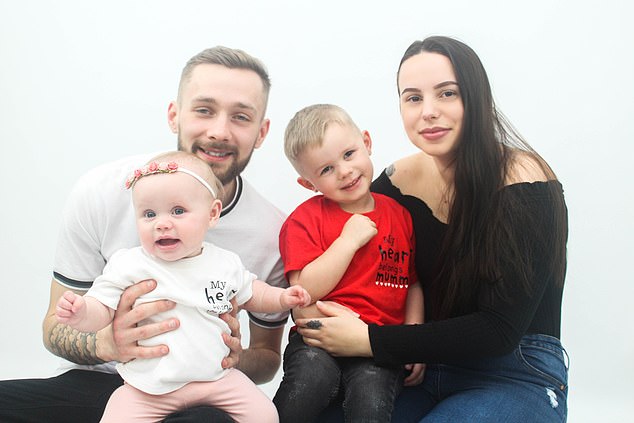 Desperate to help her baby, Evelyn’s mother Katie Rosendale came across the skincare brand Baby Kingdom Collection on Instagram, which claims to ease eczema. Miss Rosendale is pictured with her daughter, partner Nathan, 22, and their three-year-old son Ellis

Speaking of her daughter’s condition, Miss Rosendale said: ‘It was really awful for Evelyn.

‘It was worst in the creases of her skin, all over her belly and chest, and she would itch it and it would bleed. It was just unbearable to see her in such discomfort.’

Miss Rosendale, who is also mother to three-year-old Ellis with her partner Nathan, 22, hoped the prescribed ointment would ease her daughter’s symptoms.

‘We tried what the doctors gave us but it was hopeless,’ she said.

‘We bathed Evelyn in oil in the bath but the ointment was really greasy and had a horrible texture, and took ages to dry.

‘It also didn’t help Evelyn’s eczema at all – it was worse than ever. I was so worried.’

Desperate to help her daughter, Miss Rosendale, who developed mild eczema on her face and hands while pregnant, tried numerous brands and turned to friends for advice, but nothing worked.

Eczema is an inflammatory condition of the skin that leads to redness, blistering, oozing, scaling and thickening.

It usually appears in the first few months of life and affects around 10 per cent of babies.

Eczema’s cause is not fully understood but it is thought to be brought on by the skin’s barrier to the outside world not working properly, which allows irritants and allergy-inducing substances to enter.

It may be genetic due to the condition often running in families.

As well as their skin being affected, sufferers may experience insomnia and irritability.

Many factors can make eczema worse. These may include:

There is no cure for eczema, however, 70 per cent of childhood sufferers no longer have the condition in their teens.

Patients should avoid known triggers for flare ups and use emollients.

‘Evelyn remained very distressed and unable to sleep properly due to sore, bleeding skin,’ she said.

‘I would have to constantly change her sheets because of the blood. We had started to believe her eczema was incurable.’

Thinking she had no options left, Miss Rosendale, who used to work in a shop, came across Baby Kingdom Collection while scrolling through social media.

‘If I’m honest, I didn’t have any faith left, but I was prepared to try anything,’ Miss Rosendale said.

Despite her pessimism, she was astounded by the results.

‘We also used the hair and body wash, and Evelyn’s eczema cleared up in two weeks, it was just amazing.

‘Now we have our happy Evelyn back. She has started to sleep properly and is so much more content. It was such a weight off our shoulders.’

Miss Rosendale continues to apply the products to Evelyn’s skin every day.

‘I call it Evelyn’s “miracle cream”,’ she said. ‘We’re just so relieved we finally found something to cure the eczema.

‘Evelyn is now just like any other baby and we can all just enjoy the milestones she’s going through and getting some normality back for our family.’

Speaking of the brand, Dr Firas Al-Niaimi, group medical director at sk:n, told MailOnline: ‘Some of the ingredients are emollients and help with hydrating the skin and optimising the skin barrier, which is essential in eczema.

‘Some others such as aloe vera and Panthenol have mild anti-inflammatory effects, which, together with the hydrating effects can explain the improvement in eczema.’ 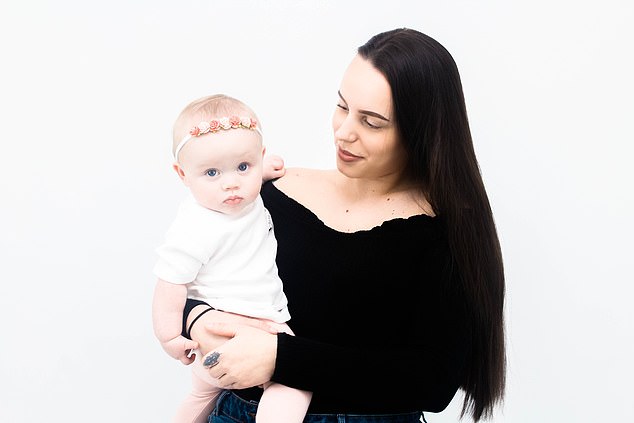 Miss Rosendale had ‘no faith’ the brand would work, but ordered a cream and shampoo regardless. She claims it soothed the youngster’s skin (pictured recently) almost immediately 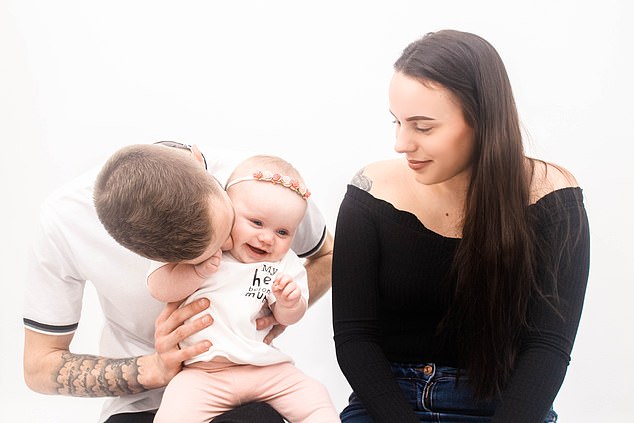 Miss Rosendale claims the family have their ‘happy Evelyn back’, adding she is ‘more content’ 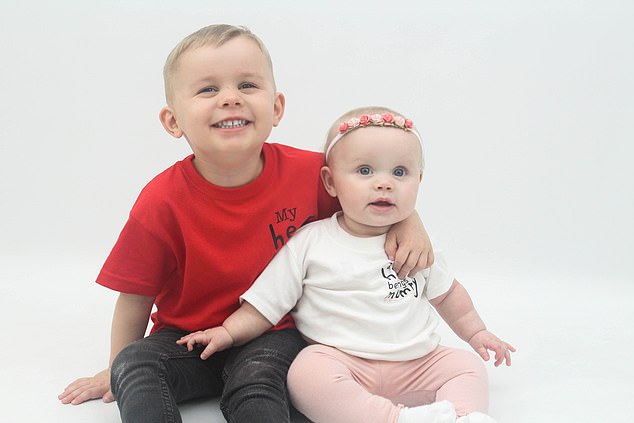