Mother, 26, dies following two-year battle with rare form of kidney cancer as heart-breaking tributes praise her as the ‘biggest inspiration’

Heart-breaking tributes have flooded in for a mother who died from cancer after a two-year battle.

Rhianna Ferguson was told she may have only months to live when diagnosed with a rare form of kidney cancer in October 2016.

The 26-year-old, who underwent surgery to remove a kidney in hope of helping her beat the disease, died in her sleep last week.

Ms Ferguson’s sister Renacia, from Greater Manchester, led the tributes, describing her as her ‘biggest inspiration’. 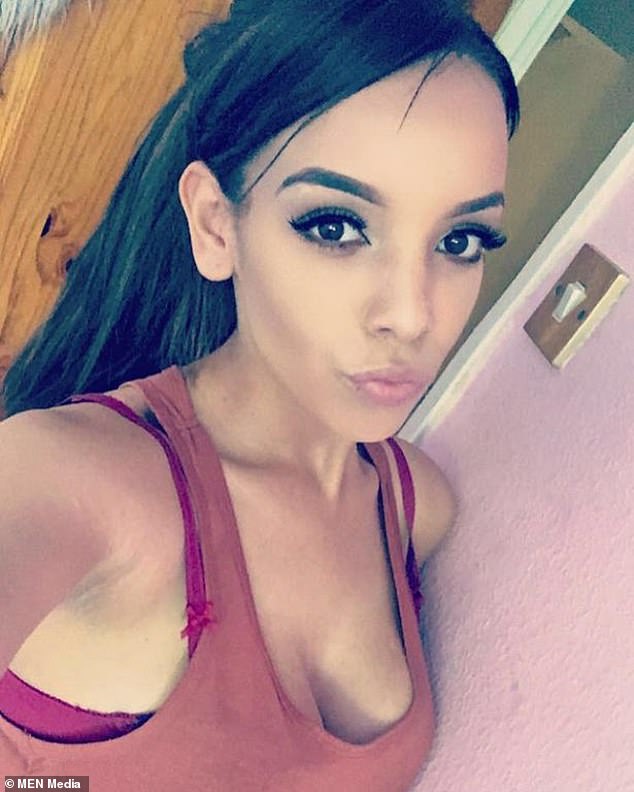 Renacia told the Manchester Evening News: ‘Rhianna was the most thoughtful diva in the world, she knew how to get her own way but she always helped anyone.

‘Whether it was laughing with her or at her she would be making someone laugh. She was just one in a million.

‘Everything she was will live on through her daughter, the Rhianna part two. She will be everything Rhianna was and more and continue to make her mum proud.’

Ms Ferguson, who leaves behind her daughter Nova-Noelle, three, first spoke of her renal medullary carcinoma in 2016.

Renal medullary carcinoma is a rare form of kidney cancer which is particularly aggressive and fast-spreading. It is not clear how many people get the disease.

Ms Ferguson revealed how she kept going to her doctor complaining of kidney infections but they repeatedly sent her home.

After around seven months of continual pain, she was referred to Manchester Royal Infirmary for a biopsy and scans.

Ms Ferguson was then diagnosed with the cancer. Surgeons removed her kidney and said they hoped that would ‘be the end of it’.

Speaking to the Manchester Evening News in 2016, she said: ‘It’s one of the rarest forms of kidney cancer and nothing works for it.

‘The longest survivor has lived for eight years. It’s incurable at the moment. When I first found out it was horrible. My life flashed before me.’ 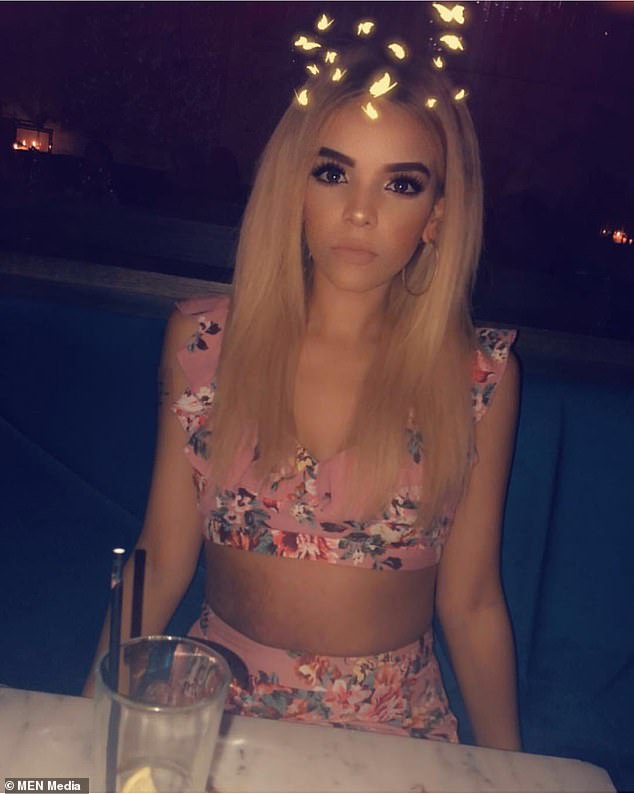 Ms Ferguson died last week, leaving behind her daughter Nova-Noelle – her sister, Renacia, said she was ‘always putting a smile on someone’s face’

Ms Ferguson said she would do ‘anything I can to beat this’ and even revealed how she turned vegan in hope that it may help her.

The family had begun trying to raise £60,000 for treatment in Germany, although it is unclear what the therapy was.

In an emotional Facebook post when her sister died, Renacia said: ‘As some of you may know my sister Rhianna Ferguson passed away last night in her sleep.

‘Breaks my heart to even write those words. She was always my right arm and my biggest inspiration.

‘She gave the fight of her life and I’m so proud to call her my sister. She fought so hard but Rhianna, you said you were tired of this and wanted it to be over. 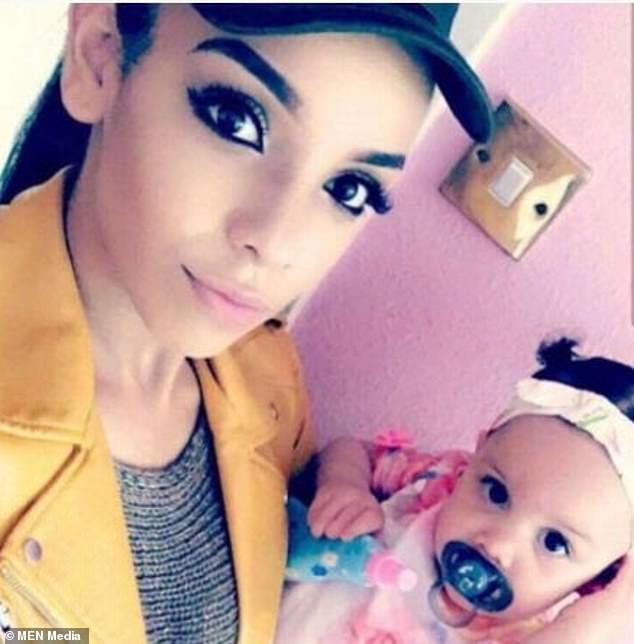 Ms Ferguson turned vegan in a bid to try and survive the rare cancer and the family were raising money to try and send her to Germany for treatment, but she was overcome by the disease last week

‘I know we never thought it would be over this way, but I just want to hug you and tell you everything is going to be OK, you’re not in pain no more you don’t have to fight no more.

‘Nova-Noelle will ALWAYS know what and amazing mummy she has and how much you loved her.

‘She’s just like you Rhianna, a Rhianna part two, so I know she will be OK and just as strong as her mummy and make you proud.’

Her post continued: ‘All I can say is just rest now Rhianna cos God knows you deserve it just rest and be at peace, because you haven’t had that for years.

WHAT IS RENAL MEDULLARY CARCINOMA?

Renal medullary carcinoma is a rare and very deadly type of cancer which affects the kidneys.

People often are not diagnosed until the disease is already advance, meaning it is particularly difficult to treat.

Trials have found chemotherapy drugs and immunotherapy – using the body’s own immune system to fight a tumour – do not stop the disease or prolong a patient’s life.

Research from 1996 said: ‘Time from discovery of tumor to patient death is very short and has not been altered by a wide variety of chemotherapies and immunotherapies.’

Some tumours have responded to radiation therapy, suggesting it could be treated if caught before it has spread out of the kidney, although this is rare.

‘I love you so much and I’m so happy to have had a sister who taught me so much. I will make you proud, we all will.

‘I will see you soon Rhianna. Love you with every single bone in my body.’

Friends have also been paying tribute to Ms Ferguson on Facebook.

Sharon Hamoudi wrote: ‘So sad to hear of the passing of a beautiful young lady Rhianna Ferguson.

‘We laugh we cried together I shall never forget you. May you fly with the angels and shine like a star.’

Danielle Garsia posted: ‘So shocked and sad to hear that you lost your battle with cancer Rhianna Ferguson.

‘You were such a beautiful soul taken far to young you fought it right to the end.

‘My thoughts and condolences go to your family and of course little Nova your legacy will go on in her.

‘You inspired so many others who followed your story of strength through such a difficult time.

She added: ‘Another beautiful soul taken. No more fighting you can rest in peace.’

And Amy Foley wrote: ‘Today I have a heavy heart, I received a phone call this morning that I don’t think any of us expected.

‘Our angel has lost her battle, Rhianna Ferguson what a battle you fought. You lit up every room you walked in even if it was 2 hours late. We love you, rest in peace.’