A woman who needed her colon removed because of bowel cancer at first put her symptoms down to drinking too much coffee.

Amanda Cunnington, from Bristol, was diagnosed with colorectal cancer last year after she noticed she was often constipated and had a persistently low mood.

Thinking the change in her gut may have been caused by her diet, Mrs Cunnington and her doctor initially thought she had irritable bowel syndrome (IBS).

But after her illness got worse medics later diagnosed her with cancer and she needed drastic surgery to get rid of the disease.

The 47-year-old mother is now trying to raise awareness of the more subtle signs of cancer and urging people to pay close attention to their health. 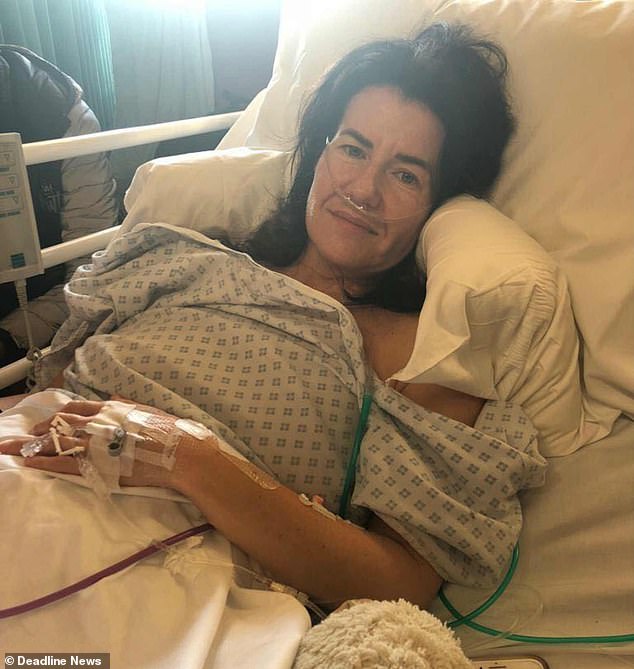 Amanda Cunnington, from Bristol, at first thought the change to her bowel habits was caused by drinking too much coffee or irritable bowel syndrome, but it turned out she had cancer

Mrs Cunnington posted a photo of herself in hospital on Facebook to warn her friends and others about ignoring changes to your health.

She had begun feeling unwell a year ago but she put her symptoms down to drinking too much coffee.

But, on Valentine’s Day this year, she had surgery to remove her colon to try and get rid of the cancer.

On February 16, Mrs Cunnington wrote in a Facebook post: ‘I wanted to share this with you to highlight the importance of noting subtle changes in your health.

‘Two days ago I underwent an operation to remove my colon due to bowel cancer.

‘The operation was a success however, as you can see from these photos I had no obvious symptoms usually associated with this condition such as pain, extreme weight loss or anaemia.

‘I was however constipated and my mood had been extremely low for a while.’ 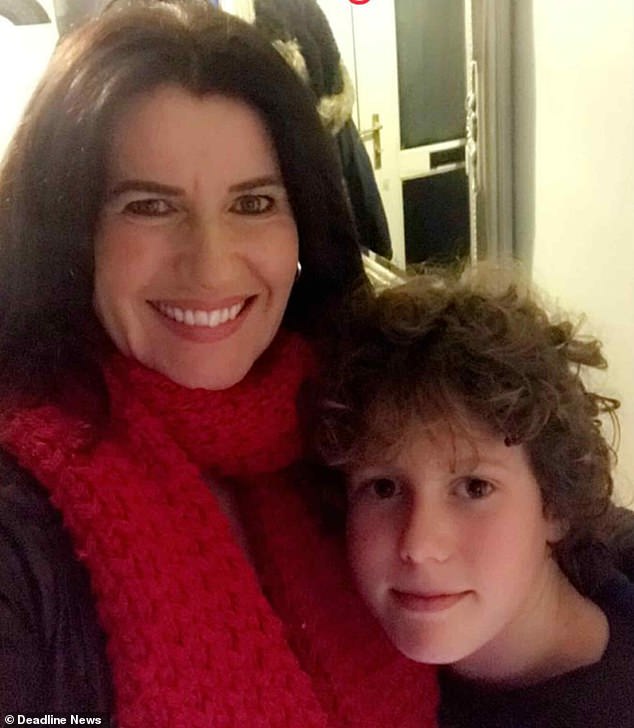 Mrs Cunnington, pictured with her son, Gregory, needed surgery to remove her colon to get rid of the cancer. She says her doctors have given her a good prognosis and hope to cure her

Bowel cancer is one of the most common cancers in the UK and kills more than 16,000 people per year, according to Cancer Research UK.

Nearly six out of 10 patients live for 10 years or more after their diagnosis, even though most cases are diagnosed in people over the age of 60.

The main symptoms are finding blood in your stool, needing to defecate more often  and stomach pains.

However, signs can be subtle and easy to pass off as other stomach complaints.

Mrs Cunnington said: ‘I dismissed the more obvious change in my bowel habits as being down to drinking too much coffee and, crucially, I wasn’t noticing blood in my stool as I didn’t realise you need to really look for it! 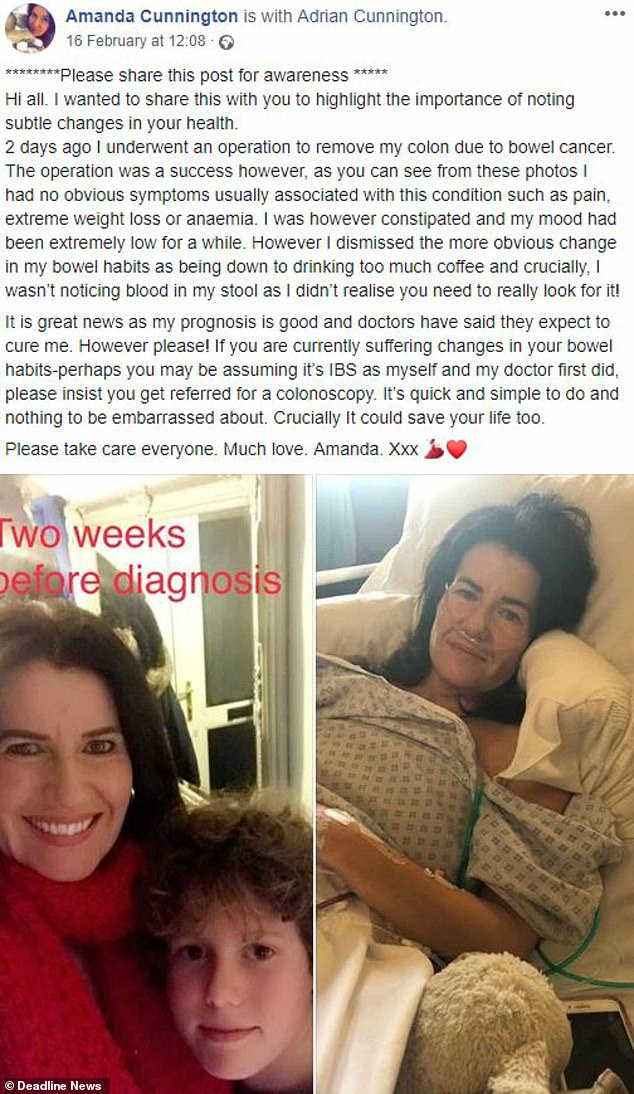 Mrs Cunnington posted a photo of herself in hospital to try and make people aware the symptoms of cancer may be more subtle than expected, and to push their doctors to get tests if they feel something is wrong

‘It is great news as my prognosis is good and doctors have said they expect to cure me.

‘However, please, if you are currently suffering changes in your bowel habits perhaps you may be assuming it’s IBS [Irritable Bowel Syndrome] as myself and my doctor first did, please insist you get referred for a colonoscopy.

WHAT IS COLON CANCER?

Colon cancer is a cancer of the large intestine (the colon).

Usually, it starts with polyps, which are small clumps of cells.

Gastroenterologists can see them in a colonoscopy because they are raised off the surface of the colon like a mole.

People with stage 1 tumors have a survival rate (living five years or more) of 80-95 percent.

‘It’s quick and simple to do and nothing to be embarrassed about. Crucially it could save your life too.’

Free screening for bowel cancer is offered to everyone over the age of 60 in England and Wales, and for over-50s in Scotland.

Screening usually involves people being sent a stool sample collection kit to use at home and post back to the NHS for lab-testing.

Colonoscopies – more invasive tests which involve inserting a camera through the anus – are only used if doctors want to examine the inside of the bowel itself.

Martyn Sloman said: ‘Hope you are recovering well, good idea to post this!’

Jo Hughes commented: ‘Amazing you, even in a hospital gown you’re a stunner!’

Liz Davies said: ‘Holy moly Amanda, get well soon. I’m so glad they’ve got to it fast and it looks good now. Sending you lots of get well wishes.’

Mrs Cunnington added: ‘Cancer is evil, it’s insidious. Don’t ignore your bowel habits, your body will always tell you if there’s something wrong.

‘Don’t just assume even if you look ok.’