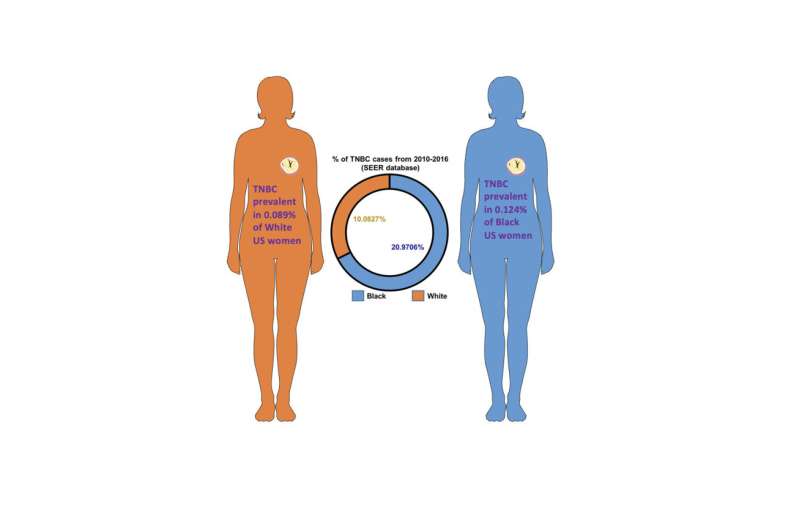 The findings, published online Dec. 20 in eLife, may explain the marked racial disparity in mortality for this subset of breast cancer and offer new strategies for treating this deadly disease.

Searching for the molecular mechanisms behind these differences, the researchers assessed gene activity in each of the cell lines and in tumor samples from AA and WA women. They found that two genes, known as GLI1 and Notch1, were more active in cells isolated from AA women compared with those isolated from WA women. Both genes produce proteins known as transcription factors, explains Sheetal Parida, a study co-author and postdoctoral fellow, and are responsible for regulating large networks of other genes that can broadly affect cell function.

To determine whether GLI1 and Notch1 could serve as effective targets for triple negative breast cancers, the researchers dosed the cell lines from WA and AA women with an inhibitor for each of these two genes along with a common chemotherapy agent used to treat these cancers. Although each agent was largely ineffective on its own, combining all three drugs significantly inhibited growth, invasion and migration in the AA cell lines. Treating mice with tumors grown from these cell lines had similar positive effects, reducing tumor size and metastasis.

Sharma says that she and her team plan to continue to test GLI1 and Notch1 inhibitors in mouse models of triple negative breast cancers to find the best combination with chemotherapies and eventually investigate this strategy in clinical trials of patients with this disease subtype.