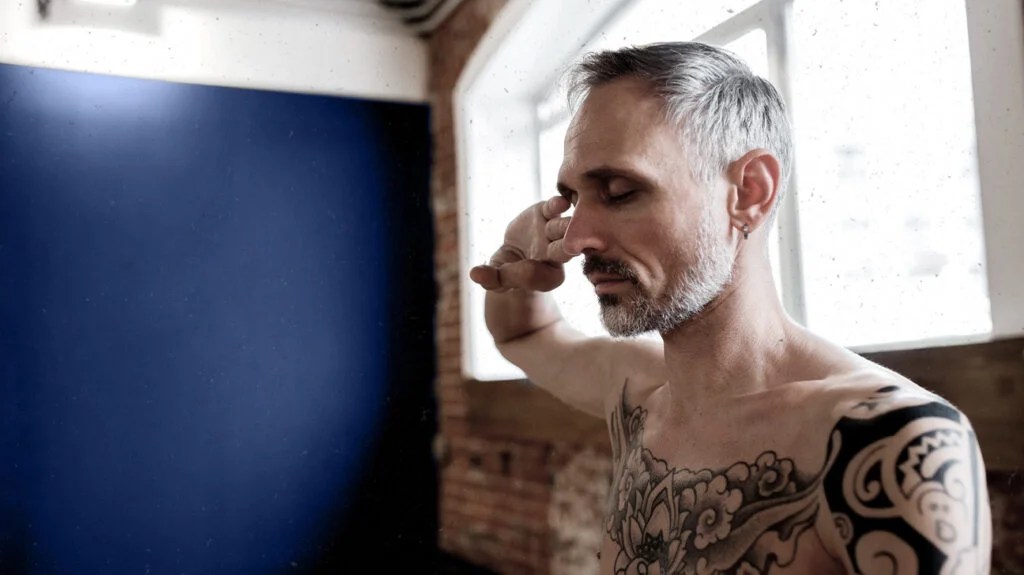 Anxiety is a natural emotion triggered by fear or worries about perceived danger. However, when anxiety is severe and interferes with daily functioning, it may meet the diagnostic criteria for an anxiety disorder.

Treatments for anxiety include medications and psychotherapy, such as cognitive behavioral therapy (CBT). Although they are effective, some people may not be comfortable with or lack access to these options — leaving certain individuals living with anxiety searching for alternatives.

Still, it is unclear whether mindfulness-based therapies are as effective as medication for treating anxiety.

“This is the first study to compare MBSR with a medication for the treatment of anxiety disorders,” study author Dr. Elizabeth Hoge, director of the Anxiety Disorders Research Program and associate professor of psychiatry at Georgetown University Medical Center, Washington, DC, told Medical News Today.

The study was published on November 9 in the journal JAMA Psychiatry.

Scientists from the Georgetown University Medical Center recruited 276 participants between June 2018 and February 2020 to conduct the randomized clinical trial.

The participants were 18 to 75 years old, averaging 33 years of age. Prior to the start of the study, they were diagnosed with one of the following anxiety disorders:

The research team used a validated assessment scale to measure the participant’s anxiety symptoms at recruitment and divided them into two groups. One group took escitalopram, and the other participated in the MBSR program.

“MBSR is the most widely studied mindfulness intervention and has been standardized and thoroughly tested with good results,” Dr. Hoge explained.

When the 8-week trial ended, 102 participants completed the MBSR program, and 106 took the medication as directed.

After the research team reevaluated the participant’s anxiety symptoms, they found that both groups experienced an approximate 30% reduction in the severity of their symptoms.

Considering their findings, the study authors suggest that MBSR is a well-tolerated treatment option with similar effectiveness to a commonly used medication for anxiety disorders.

Why was MBSR effective for treating anxiety?

Yet, it remains unclear why mindfulness is effective at reducing anxiety.

“We think that MBSR might have helped with anxiety because anxiety disorders are often characterized by problematic habitual thought patterns such as worry, and mindfulness meditation helps people experience their thoughts in a different way,” Dr. Hoge said.

“In other words, mindfulness practice helps people see thoughts just as thoughts and not become overidentified with them or overwhelmed by them.”

MBSR vs. other mindfulness techniques

MBSR is not the only mindfulness approach used in therapy. Other types include:

“There are many types of mindfulness interventions for anxiety, but I frequently use ones that help someone focus on their breath and body so they can slow down and subsequently manage their anxiety successfully. I also differentiate mindfulness from relaxation strategies with my therapy patients.”

Loo explained that mindfulness is a precursor to addressing anxiety through relaxation strategies “because if you’re not aware of how anxiety is affecting you, you won’t respond helpfully.”

“I use diaphragmatic breathing, body scanning, and grounding via the five senses. They can definitely be as effective as medication when done correctly because they impact the part of your nervous system responsible for the fight or flight response.”

Implications for people living with anxiety

For people looking for anxiety treatments other than medication or psychotherapy, the study results support MBSR as a possible option.

“Based on the findings from this study, doctors can recommend MBSR as a possible treatment strategy for patients with anxiety disorders, which seems to work as well as an antidepressant,” Dr. Hoge said.

“Also, the study findings would support insurance companies’ reimbursement for MBSR, so that patients don’t have to pay out of pocket, given that MBSR is similar in effectiveness to the drug, which they do pay for.”

Still, the study had some limitations.

Furthermore, Dr. Hoge noted that the study did not test other medications used for anxiety.

“Since other antidepressants are similar in efficacy to escitalopram, it might be the case that MBSR is as effective as other medications,” Dr. Hoge said.

According to Dr. Hoge, future investigations may include determining what individuals benefit more from MBSR or medications.

“We can [also] look at different variables such as psychological factors or age, etc., to determine whether we can see what kind of people are more likely to benefit from MBSR versus benefit from an antidepressant so that doctors can help patients decide what treatments to try,” Dr. Hoge said.

While the new research supports mindfulness as an effective treatment option for people living with an anxiety disorder, those considering MBSR to help them cope with their symptoms should talk with their healthcare professional to determine if it’s right for them.