Keith Alexander had been feeling sick for a few days before he finally decided to walk into an urgent care clinic in Fort Collins, Colorado. Little did he know he would walk out of that UCHealth facility a few hours later with a colon cancer diagnosis.

He half expected it to be kidneys stones again — he had suffered from the affliction some 15 years earlier and the discomfort was similar. Maybe it was a urinary tract infection.

“To be quite honest, I wasn’t really feeling pain,” Alexander told ABC News, recalling the September 2018 visit. “But you know when you get that feeling, where you don’t feel that well?” 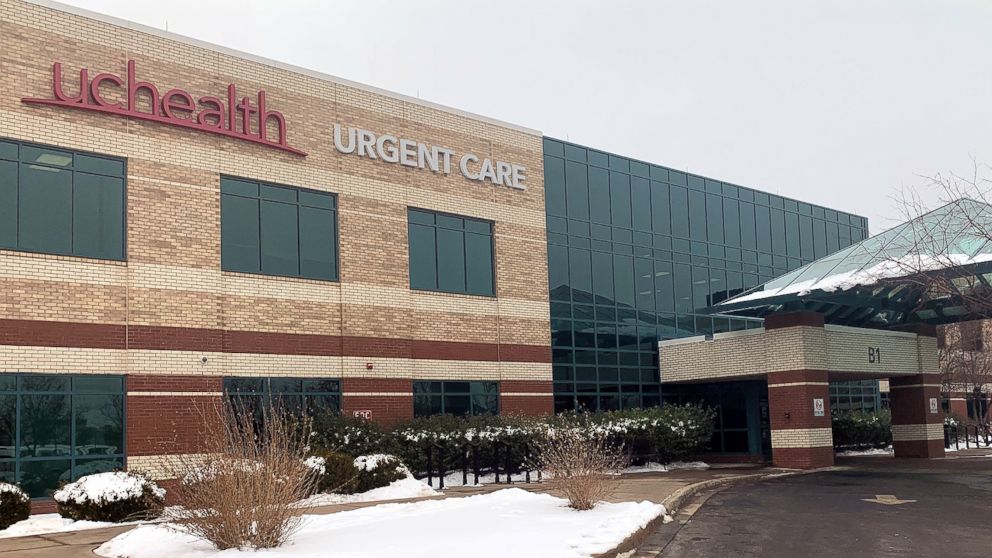 Alexander, 55, was on his way to work when he texted his wife and said he was swinging by the clinic. His wife voiced her concern and insisted on coming with him.

“She knows that I normally don’t ask to go to a doctor. I sort of ‘cowboy-up,’ if you will,” explained Alexander, adding that he very rarely misses work.

After walking through the front doors of the Urgent Care Harmony Campus, they put their name on the wait list. It was a fairly busy day at that location, the waiting room filled with “regulars” — people suffering from the flu, nursing broken bones, breathing through their chest pains or clutching their stomachs with abdominal issues.

But that day, Alexander and his wife were invited back quickly and taken into another area of the clinic — a room that’s entrance is closed off with a curtain. Alexander, a father of four, had just taken a seat on the edge of the bed when Dr. Michele Clingenpeel walked in.

“He presented with a few days worth of fever and discomfort in his right lower quadrant, and said he lost his appetite,” Clingenpeel told ABC News.

Clingenpeel gave Alexander a once-over and ordered a CT scan and blood work, as well as a few other tests. She too, expected it to be kidney stones, based upon Alexander’s explanation of his symptoms. Or maybe even atypical appendicitis. 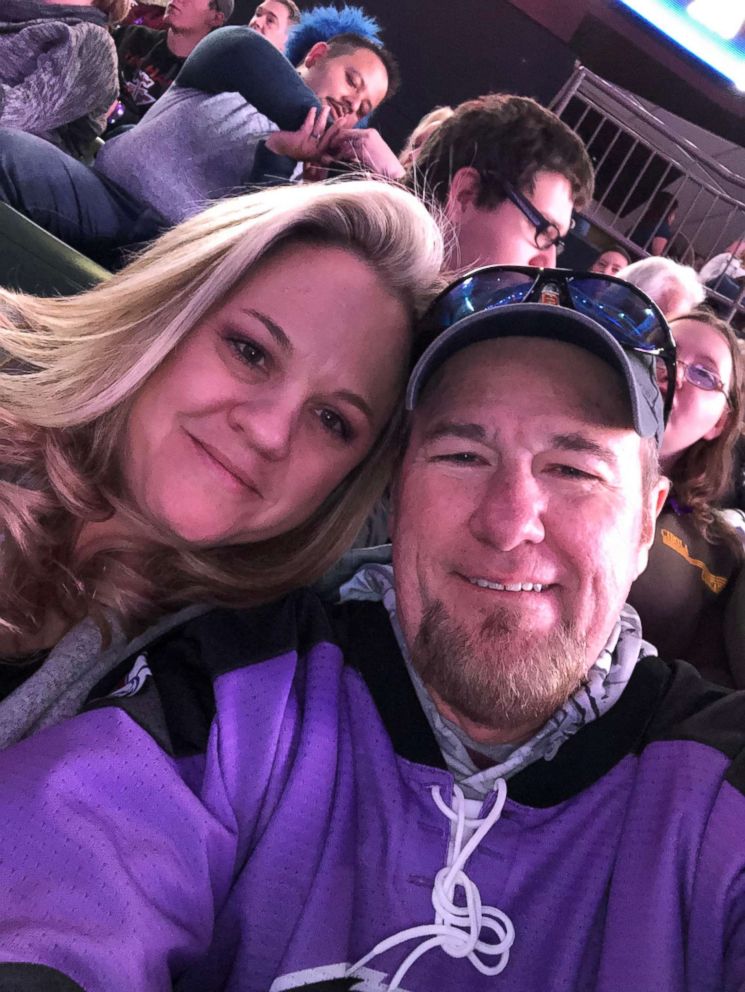 “There’s a science behind medicine, but also an art — a little nuance,” explained Clingenpeel, adding one of the perks of their specific clinic is that it has both a CT scanner and an ultrasound machine on campus.

“A lot of times we do these evaluations and it’s nothing, but we try to rule things out,” she said.

Minutes ticked by as the tests were sent off to be analyzed. Alexander and his wife waited patiently in their room, regularly checked on by the nursing staff.

In another part of the clinic, Clingenpeel was picking up the phone to talk to the radiologist, calling with Alexander’s results.

After having not seen a soul for about 30 minutes, Alexander turned to his wife, seated on a chair beside the bed.

“This seems to be taking a little long,” he recalled telling her.

Right as that moment, Clingenpeel walked in and took a perch on the corner of his bed.

“Keith, I kind of have some bad news. I have to admit you to the hospital,” Alexander remembered her telling him. 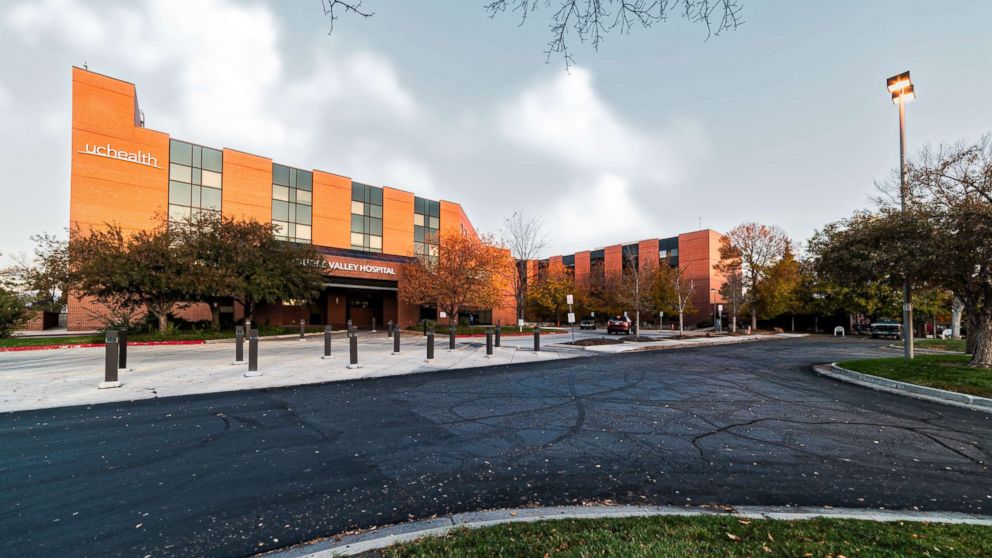 “I can’t be admitted to the hospital. I have to go to work,” he told her.

She had lost her own mother to cancer and her mind immediately went to the worst-case scenario.

And despite hiding her emotions, Clingenpeel was shocked as well.

“I wasn’t expecting to find that. We sometimes get something that’s [going to be] the last thing you think about when you’re treating a patient,” said Clingenpeel. “But when you get that news for a patient, it kind of takes you back a little.”

In fact, Clingenpeel had only ever diagnosed three other incidents of cancer at that facility — lymphoma, thyroid and pelvic.

Alexander, for his part, tried to be strong for his wife.

Clingenpeel spent the next several minutes explaining the mass on his colon and how it looked like it had metastasized to his liver. She suggested he check himself into a hospital that day because of a possible infection in his colon and because blood results showed he was anemic.

After answering all their questions, Clingenpeel gave both Alexander and his wife a hug — a small gesture that Alexander never forgot, and intended to pay back one day.

Before Alexander and his wife left the clinic room, one nurse even came in and got down one knee, taking Alexander’s hand.

“Do you mind if I say a prayer?” she asked him.

“Absolutely not. All prayers are welcome,” he told her with a smile.

After gathering their things, Alexander and his wife walked out to their car, where he immediately called his mom and stepfather to break the news.

“It was heart wrenching,” Alexander said, recalling his stepfather answering the phone. “I could hear my mom in the background asking ‘What’s wrong? What’s wrong?’”

After the call, Alexander and his wife went home, packed a bag full of clothes and other personal items, and threw in an iPad for good measure before returning to UCHealth Poudre Valley Hospital to be admitted for monitoring.

For the next several days, surgeons and other medical staff sent him through an army of tests, from MRIs and CT scans to additional blood tests and more. Alexander was on a constant dose of antibiotics to get the inflammation and infection down, and hopefully, bring his blood count up.

In 2015, the most recent year statistics are available, 140,000 new cases of colon cancer were reported, while 52,000 died of the disease, according to the Center for the Disease Control. The Atlanta-based research facility said it’s the second deadliest cancer that affects both men and women. 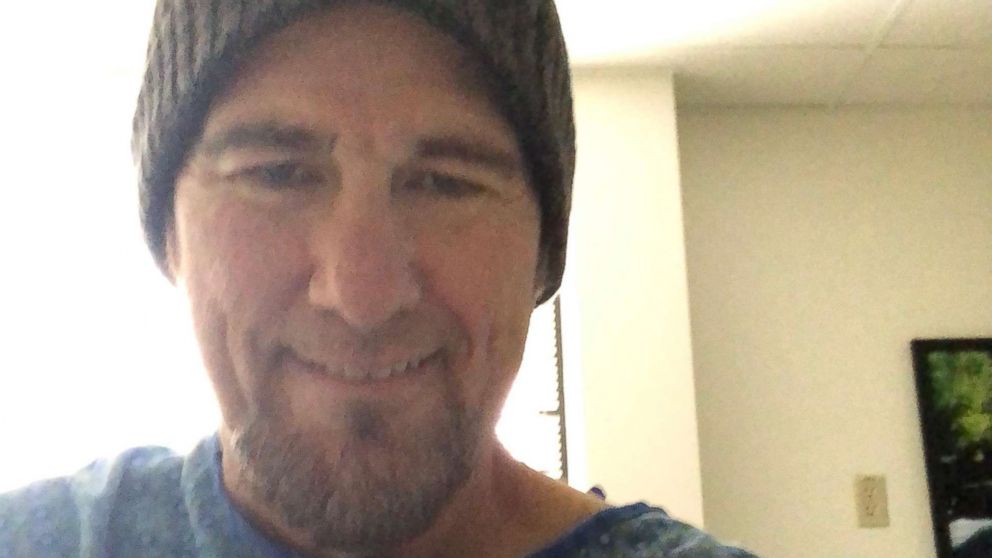 The medical team at UCHealth ultimately decided to operate on Alexander to remove the mass in his colon, and while he was under the knife, also took out 42 possibly infected lymph nodes, 35 of 42 which were later identified as infected.

After a few days of recovery, Alexander returned home to Wellington but started to feel pain. Severe pain, in fact.

“I kept telling [my wife] I would get through this but a few days after the surgery, she had woken up to check on me at 5 in the morning and I was curled on the floor,” he explained. His wife wouldn’t hear any more of it. She ordered him to get in the car because they were going back to the emergency room.

As it turned out, Alexander’s gall bladder had reacted negatively to everything he had been through in recent weeks, and had become so swollen it had to be removed.

Another surgery later, and Alexander was finally ready to start chemotherapy, the latter of which worked well — it shrunk the lesions on his liver by half, allowing doctors to plan surgery to remove them on March 13. If all goes well, Alexander will technically be in remission, but will still need to be on “chemo maintenance,” meaning he will continue to take the cancer-fighting drug by pill form to ensure all microscopic cells are still being killed.

A year before all this started, Alexander’s doctor had recommended he schedule a colonoscopy, but he put it off. His blood work at the time was, according to his doctor, “outstanding,” so he figured it wouldn’t hurt to wait.

It’s a lesson he learned too late, and wishes to impart upon others as March is Colon Cancer Awareness Month.

“A colonoscopy is a short period of time out of your life. It’s painless, it’s outpatient, it’s easy to go,” he said.

“And it’s very possible that something could be caught in the early enough stages that it can save lives.”

It’s possible he even saved the lives of those in his circle. After his diagnosis and sharing his story with loved ones, he’s had an old boss, a few coworkers and two brothers-in-law get colonoscopies. From the test, his two brothers-in-law each found a cyst in the colon and a lump on a prostate, respectively.

Alexander is quick to applaud the staff at UCHealth, who he says contributed to his recovery via their care and kindness.

“The one thing I think is very important too is the care that you actually receive. It does wonders for your wellbeing and attitude. … It’s not just what they do, but how they do their jobs,” said Alexander.

And as for that hug Alexander intends to pay back?

He stopped by the clinic one day last year but unfortunately Clingenpeel wasn’t working that day. When she later heard he came to see her, she admitted she actually cried.