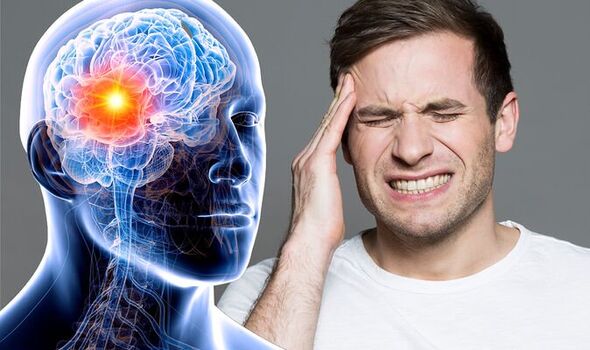 In the UK 16,000 people each year are diagnosed with a brain tumour. When diagnosed tumours are given a grade from one to four, which correlate to how serious the tumour is. The higher the number, the more serious a tumour is. The NHS explains that grade three and four brain tumours are cancerous (malignant) tumours that grow more quickly and are more difficult to treat. Speaking with Express.co.uk, Iain explains his diagnosis journey and his current attempts to break the world record for the most money raised for cancer, but not in the way you would normally expect.

Speaking about when he was first diagnosed, Ian shared: “In 2019 I signed up for a medical trial. As part of the trial an MRI was done on my brain and a small, supposedly harmless, tumour was detected.

“A later scan showed it growing so, two weeks after my 31st birthday I was scheduled for brain surgery, during which I had to be awake and talking the entire time.

“A week later it was confirmed that I had stage three brain cancer, which normally comes with a life expectancy of five years.

“Because I’m younger I might get longer than this but either way I have decided that I’m going to spend my last years dedicating myself to achieving something difficult and worthwhile.”

DON’T MISS: How to live longer: Your teeth may determine whether you live to see 100 – here’s how

Calling himself The King of Chemo across all social media platforms, Iain’s fundraising journey began when he decided he wanted to try and break the world record for the most money raised for running a marathon.

Commenting on his motivation he said: “I wanted to do something physical to show other people with medical or mental issues that they need not be defined by their condition.

“Think about what Stephen Hawking was able to give to the world, without even the ability to move his mouth to speak.

“I knew having cancer could attract people to give to a cancer charity, I myself have given to mental health charities after the loss of a friend to suicide. In an odd way I thought it was a moral duty to raise money for a charity that I knew I’d be uniquely good at given my new situation.

“On top of that I wanted a world record that my cancer would hinder, not help. My main goal is to try and break the most money raised for charity for a marathon, at £ £2,320,601.”

Describing himself as “riddled to bits” with brain cancer, Iain’s remarkable ability to see the light side of his situation is one of the reasons why so many people have gathered round to support his fundraising efforts.

He goes on to say: “They never want to tell you how many years you have, but when you press them they give you the stats. The stats did not look good for me so I thought ‘Ah f* it’ I might as well take the p out of this pity vote I can get for having cancer and make it work.”

Unlike other fundraising initiatives, Iain is aiming to break records by gaining more social media followers so he can reach out to big brands that will sponsor him for races and donate that money to cancer research.

One of his most recent sponsors was British fitness apparel brand Gymshark which pledged £10 for every single person who showed up for a “5k fun run” which took place in London on July 5.

“The pitch that I keep saying to people is ‘don’t donate for me, one in two people get cancer, so do it for you.’”

He continued: “Oddly enough, at this early stage, giving my social media a follow/subscription/like etc will likely lead to attracting others, starting a snowball effect. 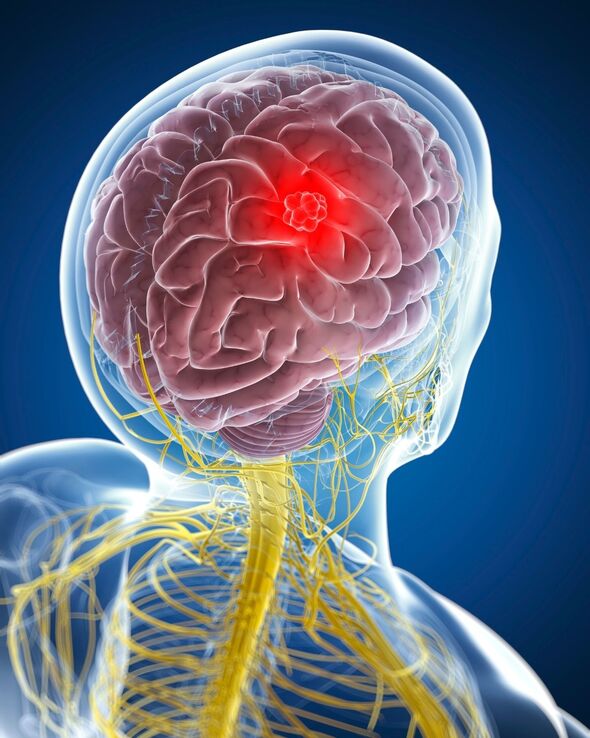 “Also having a large social media presence makes getting sponsorship from well known brands such as Nike far more attractive.”

Due to the serious nature of brain tumours, it is important to understand the warning signs and symptoms that may occur in order for individuals to get diagnosed as soon as possible.

Cancer Research UK explains that these symptoms include:

The outlook for a malignant brain tumour depends on certain factors such as the location, size and what grade it is when it is caught. If caught early enough it can be cured, but in other circumstances it is impossible to remove.