Man ‘loses EYE’ after being hit by a COW: Gruesome image shows how it came out of its socket as medics reveal they had to push it back in

An Indian man’s eye was gouged out of its socket after he was struck in the face by a cow’s horn, doctors have revealed.

The unnamed 24-year-old went straight to hospital after the bizarre accident, which left him unable to see and bleeding from the left eye.

Doctors tried to put the eye back in its socket, after the gruesome injury left it bulging out of its usual position.

Surgeons in New Delhi revealed they were able to ‘gradually reposition’ the eye back into the orbital cavity. 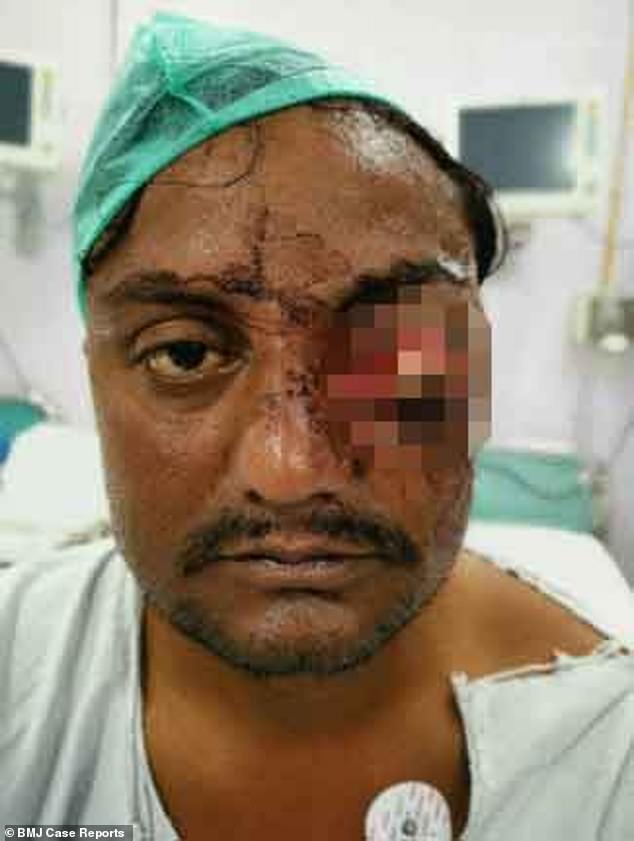 The unnamed 24-year-old went straight to hospital after the bizarre accident, which left him unable to see and bleeding from the left eye (pictured straight after)

They did not reveal whether he permanently lost the vision in his eye, however the patient told medics: ‘I lost my eye in the accident.’

The grisly tale was published in the British Medical Journal’s Case Reports, where doctors often publish bizarre accidents and injuries.

Doctors did not offer any details of how the man was struck by the cow’s horn, however, cows are known to attack when they feel threatened.

The medics released a series of stomach-churning pictures, showing how his eye looked after the injury and after reconstruction surgery.

He went straight to casualty at the All India Institute of Medical Sciences following his injury, which also left him in considerable pain.

Medics who examined the patient said his left globe – the eyeball – was left sticking out of the orbit – the socket. 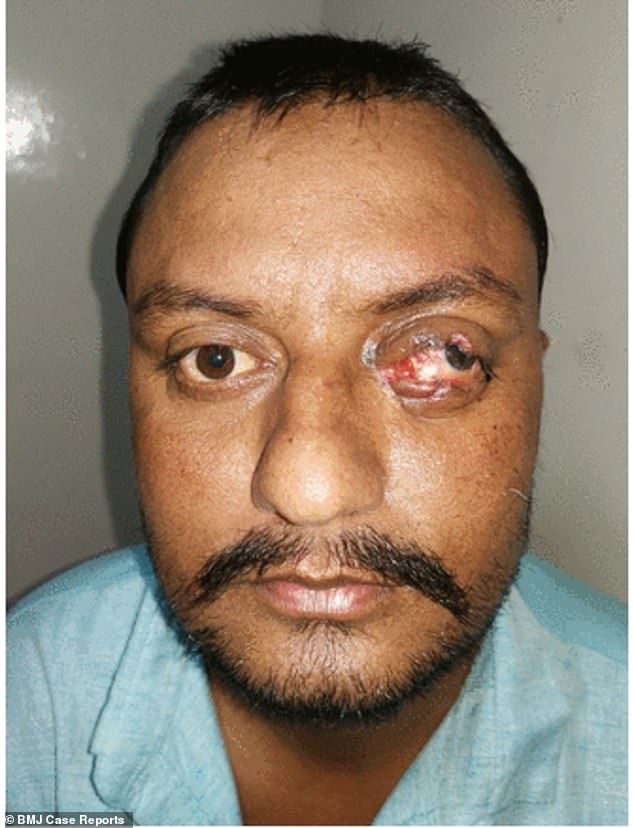 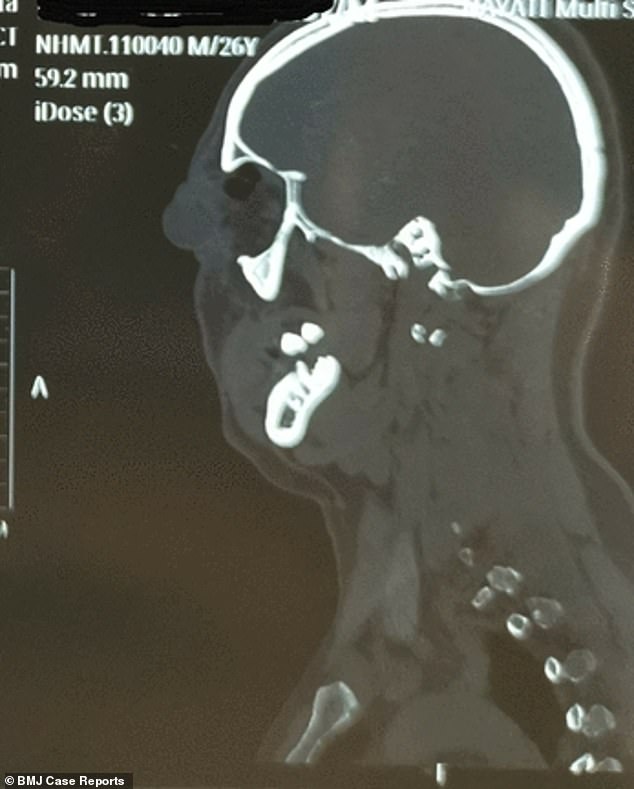 The grisly tale was published in the British Medical Journal’s Case Reports , where doctors often publish bizarre accidents and injuries (a scan shows the orbit protruding from his face) 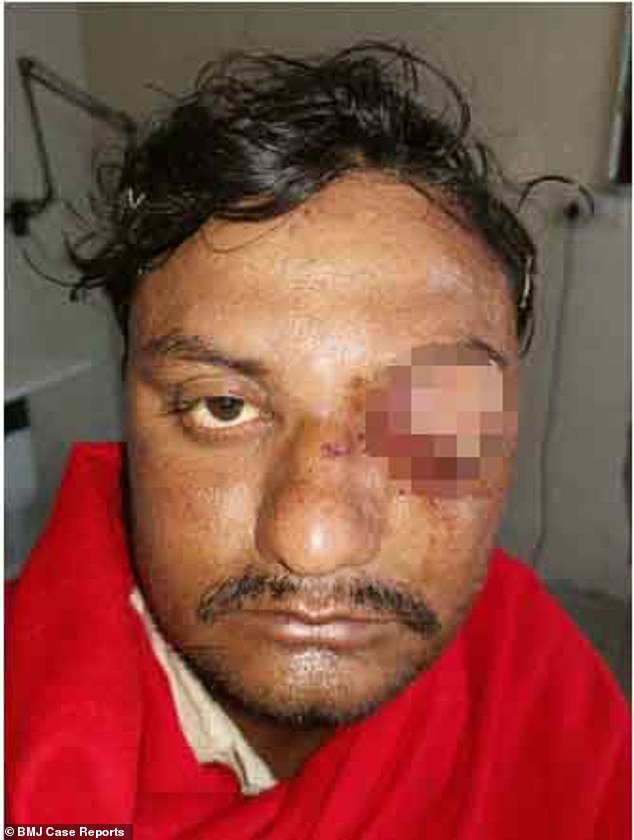 The medics released a series of stomach-churning pictures, showing how his eye looked after the injury and after reconstruction surgery

Cuts were also found on the membrane covering the front of the eye – the conjunctiva – and the sheath surrounding the eyeball – the tenon’s capsule.

As well as the cuts and swelling, part of his optic nerve – which connects the eye to the brain – had been torn off because of the accident.

Although surgeons did not confirm, it is likely this was to blame for him being unable to see anything out of his injured eye.

A team of doctors led by Deepsekhar Das then successfully repaired the damage he sustained and put his globe back into place.

Despite the procedure being a success, the man’s left pupil has been permanently left pointing in a different direction and is slightly higher than it should be.

Writing in the journal, the doctors said: ‘For traumatic globe luxation to occur it requires significant impact with high velocity to head and orbit.

‘Cause of trauma can be road traffic accident, forceps delivery in obstructed labour or sports like gouging.’

The medics, which included Ranjitha Gowdar Kuberappa, Suman Kumari Meena and Rachna Meel, added: ‘In our case trauma was inflicted by cow’s horn.’

WHEN DO COWS ATTACK PEOPLE?

There are around 300,000 farms and 9.7 million cattle in the UK, according to estimates.

But cows are not completely harmless and have been known to attack people, mainly when they feel threatened.

Scientific studies have shown cattle are more likely to kill or injure people who are walking dogs.

The first review of cases of cattle attacks in Britain, published in 2016, found dog-walkers made up more than two-thirds of victims.

University of Liverpool researchers analysed 54 attacks by cows between 1993 and 2013. One in four of these attacks were lethal.

It published a piece that claimed curiosity among a herd towards a human moving closer to them can be mistaken for animosity by the person.

Around 5 people a year are killed by cows in the UK according to the Office for National Statistics. A typical cow weighs about half a ton.