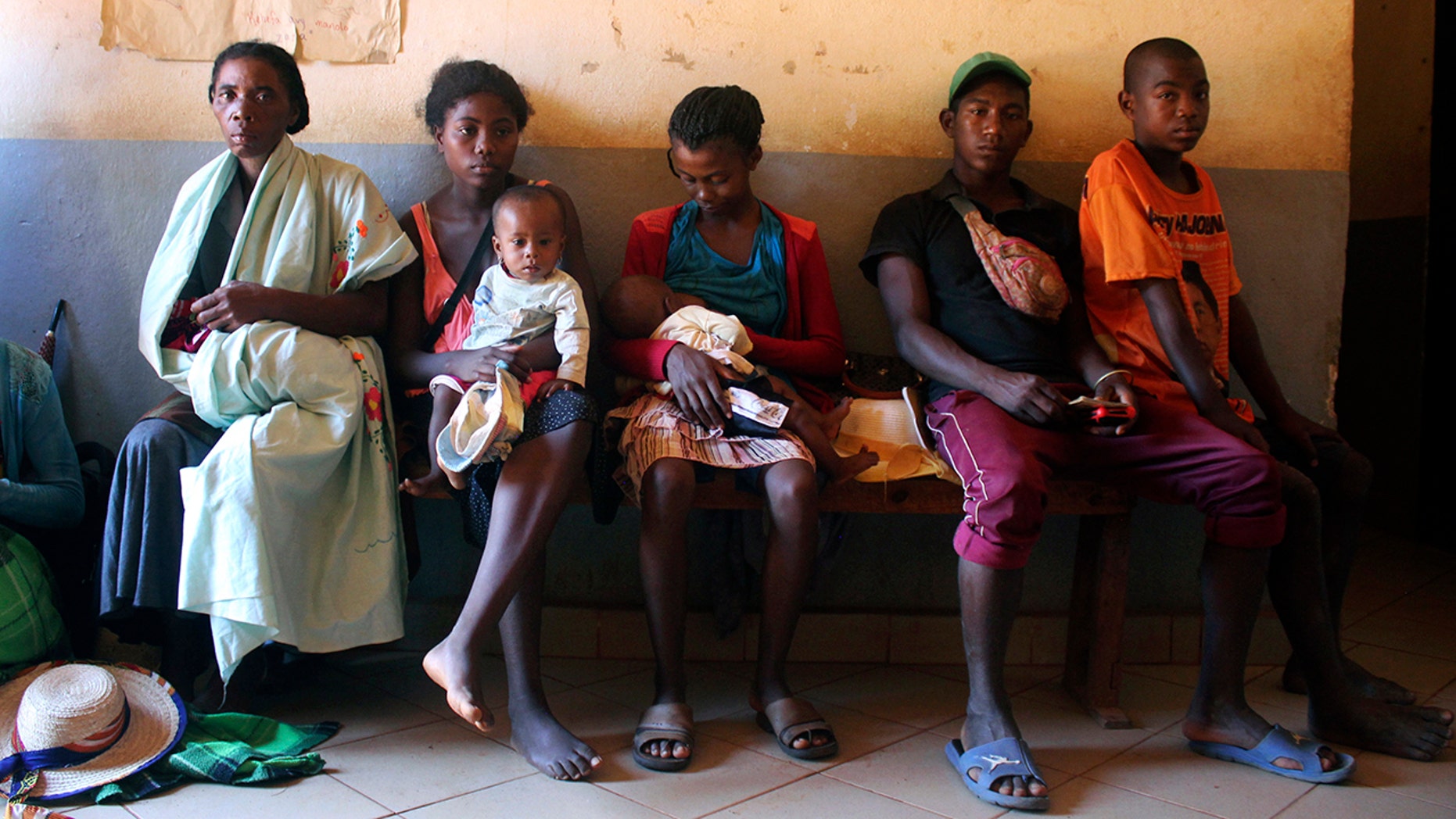 Mothers wait to have their babies vaccinated against measles, at a health care center in Larintsena, Madagascar, on March 21, 2019. As the island nation faces its largest measles outbreak in history and cases soar well beyond 115,000.
((AP Photo/Laetitia Bezain))

Madagascar is currently facing the largest measles outbreak in its history, as cases have grown beyond 115,000, according to AP.

Only 58 percent of people on the main island have been vaccinated against the disease, a huge reason for its recent spread. The World Health Organization (WHO) reported the outbreak has impacted mostly children under the age of 15 since it began in September. AP says more than 1,200 people have died over the past seven months.

“The epidemic unfortunately continues to expand in size, though at a slower pace than a month ago," Dr. Dossou Vincent Sodjinou, a WHO epidemiologist in Madagascar, told AP.

DR MARC SIEGEL: MEASLES OUTBREAKS ARE FAR WORSE THAN THE VACCINE THAT CAN PREVENT THEM

Measles is a contagious virus that spreads through the air via coughing and sneezing. Symptoms including a high fever, rash, stuffy nose, reddened eyes and the Mayo Clinic says it usually takes 10-14 days after exposure to see them.

Some waiting rooms have been full as volunteer nurses try to help out with the demand of sick patients. AP reported that 50 percent of children in Madagascar are malnourished due to economic reasons, a major reason for the epidemic. Many parents aren’t aware that vaccines are free because the area lacks health information.

“Malnutrition is the bed of measles,” Sodjinou exclaimed to AP. 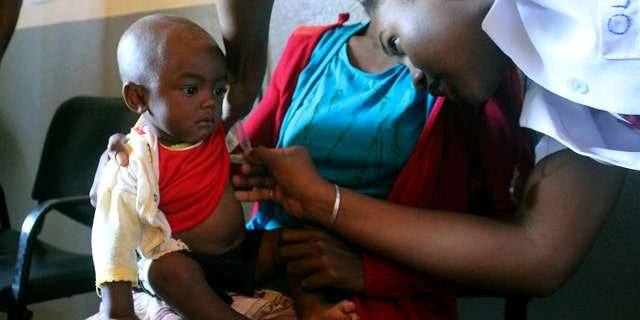 A volunteer nurse examines 6-moth-old Sarobidy, who is infected with measles, while her mother Nifaliana Razaijafisoa looks on, at a health care center in Larintsena, Madagascar, on March 21, 2019. The island nation faces its largest measles outbreak in history and cases soar well beyond 115,000. (AP Photo/Laetitia Bezain)

Measles is one of the leading causes of death for children and the WHO says about 450 die each day worldwide due to the illness. Immunize.org says complications from measles are more common among children under five years.

Due to misinformation by anti-vaxxers, measles cases are rising in the United States. New York City Mayor Bill de Blasio declared a public health emergency last week, requiring unvaccinated individuals living in Williamsburg, Brooklyn, to receive the measles vaccine. He said the city would issue violations and possibly fines of $1,000 for those who did not comply.

The disease was thought to be eliminated in the U.S. in 2000, but there have been 19 states that have reported measles cases this year alone. Those states include: Arizona, California, Colorado, Connecticut, Florida, Georgia, Illinois, Indiana, Kentucky, Massachusetts, Michigan, Missouri, Nevada, New Hampshire, New Jersey, New York, Oregon, Texas and Washington.

In 2016, the total number of measles cases in the U.S. was 86 according to the CDC. In just four months this year, the cases have grown to 465. This is the second greatest number of cases reported in the U.S. since measles was eliminated in 2000. The first occurred in 2014 due to a single outbreak that 338 people were connected to. It's never been this widespread.

NEARLY 1,000 MADAGASCAR CHILDREN DEAD OF MEASLES SINCE OCTOBER: WHO

According to the CDC, 25 percent of all people who get measles will be hospitalized and two out of every 1,000 will die from the disease.

The CDC says two doses of the vaccine are 97 percent effective against the disease.

The WHO started a vaccination campaign in Madagascar last month with the plan of reaching 7.2 million children between the ages of 6 months to 9 years. Madagascar’s health ministry has sent free medications to areas that have been impacted most by the disease.